What Was in the Civil War Soldier's Backpack?

The Essential Belongings of a Civil War Soldier

My great-great grandfather marched many miles in the Civil War. He was an infantryman with the 93rd Indiana Volunteers. On his back, he carried all the essentials for a soldier in the field. His pack contained his blanket, tent, plate, cup, and personal items.

Graphic from Zazzle: Private Ford Rallies The 61st PVI at Fair Oaks by 61stpvi
Note the backpack and gear on the soldier by the flag.

A Soldier's Pack from the Civil War

Soldiers Needed to Carry Shelter with Them

At first the soldiers had tents with side walls and a peaked roof like a house. These proved too weighty to tote around. A later tent looked similar to an Indian teepee (the Sibley tent). Much easier to carry with you as you marched along.

Finally the soldiers were issued a single flap of canvas that would combine with another soldier's flap to make a tent like the one in the picture below.

The Haversack Was Made of Canvas

The haversack was separate from the backpack. In this, they kept their food and eating utensils.

These Videos Explain What Gear the Soldier Had - Videos from YouTube

Did You Watch the Video?

I read that many men threw away their heavy and sometimes leaky canteens and used instead their tin cups which were lighter. They used the cups to dip water from streams or a well. They could put it in the fire to cook their coffee.

The canteens came in handy for the captured soldiers at the Andersonville Prison. With the 2 parts separated, half of the canteen could serve as a plate or for cooking food when they were able to get a little firewood.

The canteen half was also used to dig in the sandy soil to form a small cave for shelter from the grueling southern sun. Men desperately tried to tunnel out of the stockade and used anything they could, like a canteen half, to dig.

The reality was that soldiers of that era didn't have stainless steel, it was not available in those days. The plates would have been of tin at that time.

Soldiers Playing Cards on a Blanket 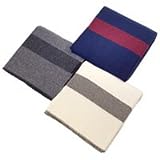 U.S. Army Bed Roll Grey Wool Civil War Blanket
These are 100% wool and must have been pretty itchy to roll up in at night. After marching miles and miles, I guess you were too tired to worry about details like that.
Buy Now

Sewing Groups Made Quilts for Their Loved Ones in the Army

Being a soldier wasn't all marching or fighting. Over the winter, troops built huts to hunker down until weather was favorable for troop movement and battles again.

They had time for storytelling around the fire, reading, playing cards and letter writing.

My Ancestor's Pocket Diary from 1864

Some Soldiers Carried a Pocket Diary with Them

It was popular for a soldier to have his photo taken to send back home to his loved ones. Many of these have survived the war and are in museums or private collections. You can find them for sale on eBay but be aware of reproductions and possible scammers if you plan to buy these.

The folks back home also had their photos taken so the soldier could carry a picture of his wife or parents with him.

Check out These Sites for More Information

Are You a Civil War Buff?