Common sense, whatever happened to it?

The expression is nearly as common as “Good morning” or “Have a good day”; “It’s just common sense” is (or at least was) normal reaction to almost any situation in which an individual or group of individuals assumed someone should have knowledge about an event, subject, process, etc.

After four years, this author felt compelled to update this article in light of the upcoming Presidential election. After witnessing eight long years of a complete lack of common sense in American Politics and legislation, it is hoped this article might help bring into focus the need for Americans to reflect on the things which made her great, utilizing "Common Sense" and becoming once again the "Shining City Upon A Hill" for all the world to see.

It was very popular and rapidly gained notoriety for Paine once he became known as the author. What made the little book or pamphlet so popular was that Paine, although a deist and against institutional Christianity wrote the content of his book much like that of a sermon so that the “common people” could understand.

Paine did not use Latin or philosophy like most of the books of his day; instead he used common Biblical scripture which the people were familiar with to emphasize the need for freedom and separation from England.

The older one gets, it seems the term becomes more frequently used. We seem to assume people should know something even though they might actually not, simply from the results of their action.

The point that Paine was making however, was that in his day and time the most commonly known base of knowledge was the Bible; everyone had one or had access to one. They had been taught scripture as a child, church was the center of the community, the basis of family life and means of civil law and child discipline.

In essence, Paine’s idea of “Common Sense” was based on people’s familiarity with the Bible, it would just be “natural” or “common sense” for them to want and desire freedom from the tyranny being brought on the American colonist by the King of England.

As time progressed, the term was actually associated with people knowing right or wrong, good or bad on the basis of their biblical knowledge.

Today however, there are fewer people using the term but it is not unusual to hear someone say, “Whatever happened to good old common sense?”

Do you think people have less common sense today?

As a part-time insurance adjuster (as well as a writer/reporter) I have seen all kind of things with regard to what might be called a lack of “common sense”. One of the most obvious situations was several years back. A roof had blown partially off of an insured’s home following a wind storm. A roofer was secured for emergency repairs. The key terms here are “emergency repairs”.

Before the “emergency repair” was completed, the roofer packed up his tools and crew and left leaving a remaining big gash in the roof uncovered exposing the home and contents to the elements.

The insured called me and asked (in a reasonably profane manner) “What is wrong with that guy, doesn’t he have any common sense?” Obviously he did not. From a biblical perspective, the right thing to do would have been to finish what he started; complete his work.

There is far less common sense today because there are fewer people who abide by Biblical absolutes; including our nation.

People ask the questions about why there is no common sense in politics and the reason is the Bible and God have been left out.

They ask why so many people in general no longer have common sense, again the reason is the Bible and God are being left out or in some cases completely forgotten.

Many people today like to equate the lack of common sense with gullibility or naivety. The reason for this partially incorrect understanding is once again due to the increasing lack of dependence by people in America on God, the Bible and the church for authority in their life.

It is partially correct because people are indeed gullible and naive to life because of their less dependence on the Bible and God.

Common sense can be found once again by America returning to God and His word. 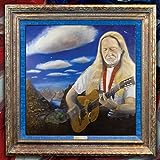 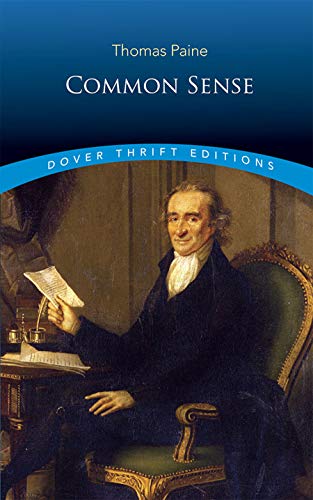