The Critter Connection, Inc., is a non-profit group dedicated to the rescue and rehabilitation of abandoned and neglected guinea pigs. Located in Durham, Connecticut, the rescue was started in Spring 2004 when our founder realized that abandoned guinea pigs in our state had nowhere to go.

In 5 years, the rescue has taken in more than 700 abandoned guinea pigs. Most of them have already found new forever homes, and several dozen more are waiting to find their new families.

How Can We Help Owners & Potential Adopters? - Animal Rescuers Are Also Animal Educators

Owner education is a big part of what we do, and we give educational talks and exhibits at locations around the state. People who come out to see us range from potential adopters with lots of questions to owners who need to be shown how to clip their guinea pigs' nails.

We also do a lot online (see below), and have started fielding guinea pig questions over in the Pets forum on Yahoo! Answers. From our own inboxes, we've answered questions from guinea pig owners as far away as Australia!

Are Guinea Pigs Right For You? - Some Questions To Ask Yourself Before Submtting An Adoption Application

We -- of all people -- know how immediately endearing and enchanting guinea pigs are. We also know that it's easy for newbies to look at guinea pigs and say "They're small. How much work can they really be? Okay, let's get one!"

We ask you to pause for just one moment and hear our case.

Any living creature -- horse, dog, guinea pig, gerbil, fish, hermit crab, hissing cockroach -- requires time, attention, care, and money. Every living creature will need different degrees of each, but they all need each from us since they're dependent upon us for their survival.

Below, we've listed the critical questions you need to ask yourself before taking in a guinea pig. You can find detailed explanations for each question on our Are Guinea Pigs Right For Your Home? page on our main Web site. You'll undoubtedly find new questions to ask yourself as you read the added information over on our main site, but it's better to ask these questions now rather than later when an animal has settled into your family.

Where Rescue Pigs Come From

Why Guinea Pigs Need All The Help We Can Give Them

The stories of the guinea pigs we've taken in are as varied as the pigs themselves. Some pigs have been straightforward owner surrenders due to relocation, unemployment, allergies, or children who were no longer taking care of their pets. In many of these cases, the pigs were in good health; in a few, they were a little underfed or dehydrated.

Many of the pigs, though, have sadder stories. We've taken in guinea pigs that were severely malnourished and dehydrated, had skin problems and mites because of poor housing conditions, temporary paralysis and permanent blindness caused by undetected infections, and a list of other problems directly attributed to neglect and abuse.

These animals have been left behind in apartments; set loose in parks and wooded areas where they don't know how to fend for themselves; left in dumpsters or outside shelters; or been part of large-scale rescues after authorities have charged breeders or hoarders with animal cruelty.

Some of these guinea pigs were near death when we got them. We've lost some, despite testing the limits of veterinary medicine. We've saved many more and placed them in new homes with owners who adore them. It's an ongoing effort, though, and there are always more guinea pigs who need our help.

Stories From The Trenches - Why Guinea Pig Rescues Are Needed

Every week, I meet at least one person who is surprised that guinea pig rescues exist -- or that there's such a profound need for them.

We could fill a Web site with stories of abandonment, neglect, and abuse. Below is just a sampling.

In A Perfect World... - What We Think Would Make The World More Animal-Friendly

We, like other specialty rescues, hope to make steps toward creating a better world for animals and people, one where:

CT's Guinea Pigs Find A New Place To Wheek It Up

We do quite a bit on our blog, our Squidoo pages, our main Web site, and more. But we're venturing out onto Twitter as a way to stay connected with folks, sharing the bits and pieces of our daily lives at the rescue. Scurry over to our Twitter page and find out how you can follow us either by signing up for Twitter yourself or by subscribing to the RSS feed (just like you would a blog).

We understand that it's not always easy to donate to charitable causes -- especially in times like these. But there are little things you can do to help the guinea pigs in our care, little things that build up to substantive help.

These are some of the books we've been reading about how humans are -- or, sadly, are not -- co-existing on this planet with animals. 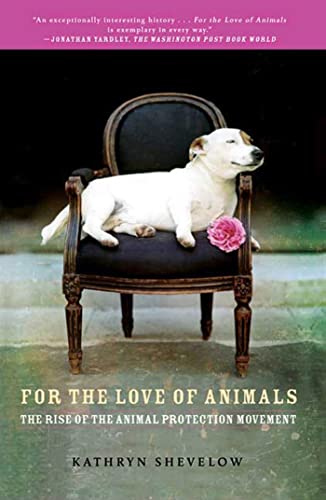 For the Love of Animals
Buy Now 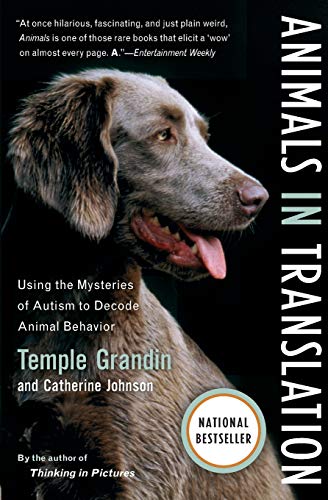 Dominion: The Power of Man, the Suffering of Animals, and the Call to Mercy
Buy Now

Why Animals Matter: The Case for Animal Protection
Buy Now

Reflections On Animals In Our World

What People Have Said About Animal Welfare & Protection