Elon Musk Is My Hero, Kind Of

If you asked me to make a list of billionaires I might consider to be likable people, I think my list would be really, really short. Somehow Elon Musk manages to have catapulted himself to the top of my list of cool ultra-rich dudes, and in spite of my initial misgivings, I find myself not being able to resist liking the guy. Here are some of the reasons why.

It's a little cheeky, but I think it's fairly appropriate. In the "Iron Man" comic books, billionaire playboy Tony Stark gallivants around with women while drinking and partying, but manages to save the world with his gifts of technological innovation, only possible because of a unique combination of three factors: Stark's richness, his brilliance, and his benevolence. Elon Musk has much less of a reputation for partying, but he certainly fits the bill with the other three qualifications.

Although he's an engineer at heart (and largely by education as well, with a degree in physics and a second one in economics), Musk's success story began long before college. As a 12 year old kid, he wrote software code for a video game he decided to create and then, unbelievably, sell (albeit for just $500). Elon is said to have written the video game because he thought he could make something better than what else was already out there.

Each successive business venture was more and more of the "let's make the world a better place" mentality, starting with "Zip2", a sort of primitive hybrid of Yellowpages.com and Mapquest (and much later, Google Maps). Compaq ultimately bought Zip2 for a whole lot of money. Musk's share was $22 million. Not a bad step up from his first venture.

Next up was X.com, which Musk co-founded in 1999. X.com eventually became PayPal, which revolutionized the online payment industry. I distinctly remember making sales on eBay before PayPal was really a thing, and I can tell you for sure that in spite of how exciting it was to sell stuff online, waiting for a check in the mail was pretty rough and clunky. When PayPal came on the scene, everything changed, no only for eBay users, but also for online banking in general (and, more broadly, the way financial transactions happen for individual users, not just for large companies and banks). Musk's share of PayPal when the company was acquired by eBay (for $1.5 billion total) was $165 million. Not too shabby.

SpaceX, Tesla, and Solar City, or saving humanity from extinction one step at a time

You might be able to make the argument that PayPal was a bit more helpful to humanity in general (starting the gears turning much faster toward solving the problem of online banking, for one thing) than Zip2, and Zip2 was certainly more useful than "Blastar" (the game young Elon started at age 12). However, it wasn't until after the sale of PayPal that Musk's true philanthropic (but also amazingly profitable) nature was revealed.

SpaceX started out as a losing venture, but eventually, they won a huge contract with NASA that allowed them to become the first private company to put a liquid-filled rocket into orbit, and- maybe even better- they've figured out how to actually turn a profit. By far the coolest thing about SpaceX, though, lies with their stated long term goal of eventually sending humans to Mars and Musk's ambition to colonize planets other than Earth.

Meanwhile, virtually everyone has heard Tesla's story- the electric car that could, ultimately hoping to drive fossil fuels into obsolescence and pioneering an entirely new era in automobile safety.

Last but not least, Solar City is one of the leaders in solar efficiency and affordable cost. Like SpaceX and Tesla, Solar City shows genuine market promise, and an ambitious philanthropic aim for the future. 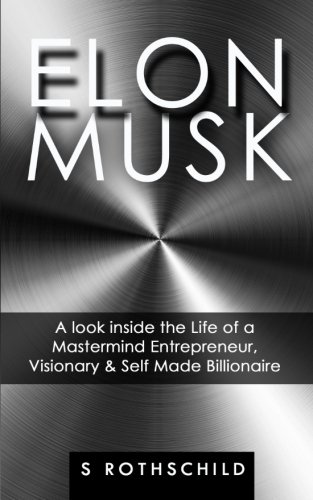 Elon Musk: A look inside the Life of a Mastermind Entrepreneur, Visionary & Self Made Billionaire
Buy Now

Which of Elon Musk's current companies will have the biggest impact on a global scale?