Has globalization had a positive or negative effect on the world?

Globalization is the growing interdependence of the world's people that involves the integration of economies, technologies, and cultures. It is described as the increased movement of people, knowledge and ideas, and goods and money across national borders that have led to the increased interconnectedness among the world. Globalization is often thought of in economic terms but as we know there are three major components implicated with this idea including: economics, politics, and cultures. Some associate globalization with modernization whereas, it is perceived that there is an alteration of traditional societies into Western industrial ones. This challenges us into a debate of whether or not globalization is positive or negative.

In the world's perspective some view globalization as being beneficial perceiving it as the key to our future and that our world's economic development is inevitable. It has the potential of making societies richer through trade, and conveys knowledge and understanding to people around the world. Although this is true, others view it with apprehension because they believe that globalization increases inequality within and between nations and jeopardizes living standards to prevent social progress. It is with this argument that there is no simplicity to the idea of globalization. Does globalization exploit poor countries to benefit the rich? I believe that the conditions of globalization will only progress our world and continue to integrate the different systems that will be an advantage to international modernization.

The world's economic system is just one factor in the age of globalization. Over the past two centuries, economic activity has become more globally oriented that international trade has become a central factor around the world. Multi-national corporations that include, manufacturing, agricultural, financial, and media are dependent upon this means of economic globalization. It is essential to all the multinational corporations that world trade is progressive so that the world may be more profitable.

The increase in the economic transactions across the globe raises both the world GDP and development of new industries in the economic liberation. This process has a positive impact upon the globalization leading the economies into a manifestation in our world. Some do consider this to be only beneficial to the industrial North because the rapid growth of economic integration is not being seen throughout the Southern economies. These people's concerns are that globalization negatively affects individuals along with the nation's society. How can the government help with the people's concern of globalization?

The economic interdependence that flows from globalization further undercuts the role of the national government. With globalization, powers of national government shrink and the governments become less important. Some political scientists argue that globalization is weakening nation-states and that global institutions gradually will take over the functions and power of nation-states. Others believe that while increased global inter-connectivity will result in dramatic changes in world politics, the nation-state will remain as the center of the international political activity.

The final component that is imperative in the process of globalization is culture. There is the prospect of local as well as individual change when dealing with culture. Many countries homogenize with the global consumers as well as adopting new liberal ideas. Children are also influenced with their cultures by new images and values, with also the impact of educational ideas. There is also an exchange and spread of ideas such as religion, music, food, and traditions within each culture. Globalization has increased the spread of popular culture easily and efficiently from the developed countries of the North throughout the world. Accordingly, many media markets in undeveloped countries are saturated with productions from the Northern developed countries. Many have resulted in trying to silence the cultural expression, but due to the potential global homogenization of our world the values and cultural taste are underway in the globalization process.

So, does globalization have more of a positive or negative effect on our world? In economic, political, and cultural terms, globalization helps to connect people all around the globe. It allow goods and services to be manufactured in not just one part of the world, but all over, making them more accessible to a more diverse amount of people. It increases the services of trade, technology growth, and the world markets. There are fewer barriers that improve communications between countries. More interaction between people of different countries leads to more tolerance allowing less conflict and more unity and political stability. Globalization allows us to find opportunities and freedoms. It exposes us to new influences of different cultures allowing us to grow individually and globally. 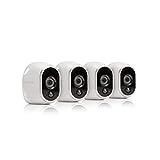