Herbs in the Landscape: Herb Lawns and Herb Foundation Plantings

I'm a classical musician, and as part of my career I lived around a good bit of the world. Everywhere I lived, I was interested in learning how the locals lived, ate, drank, entertained themselves. So I would get an apartment and settle in, and go out and explore as much as time permitted. And after a few months it struck me--I never heard a single lawnmower. Ever. Nor a leaf blower, hedge trimmer, weed whacker. I was surprised, because I had seen green plants everywhere.

I went outside and started looking at what people were growing in their yards. Mostly it seemed to be a type of grass unfamiliar to me. Then one day a friend invited me to her house, and we went into the garden to pick flowers. I stepped on the "grass" and was rewarded with the sweet smell of apples--so I asked my friend what exactly was growing in her lawn. It was chamomile.

Right after I get a job and an apartment in a new country, I get a library card, so I went to the library and started reading about chamomile. I knew about the tea, but had never been even remotely curious about the plant. Then I moved over to the periodicals section and read the landscaping magazines, and that was when I discovered that most people in Europe have herb lawns. The benefit of these lawns is that after the first year or two, they require almost no watering or maintenance whatsoever--and you can eat them, too!

And this began my quest to experiment with herbs to replace lawns, because now my father is in his late 80s and still trying to do his own landscaping in the 100-degree Texas summers, and I worry about his health being out in the heat all day. So far I've managed to convince my parents to convert about 100 square feet of lawn from grass into herbs, and the results have been astonishing.

What This Can Do for You

Imagine never having to mow, ever again! You can sell or donate your mower and reclaim hours each month, and you can free up the storage space you used to store the mower in, and the gasoline or electricity you paid to run it. How about a source of free food, getting rid of all those dried herbs in your kitchen and freeing up space and money in your food budget; and a greatly-reduced water bill? (In the United States, about one-third of residential water use is for maintaining our grass lawns.) And, if you're environmentally conscious, you'll be increasing your neighbourhood's biodiversity, attracting bees and butterflies, shooing away fire ants, and adding nutrition to your soil because of the different plants' qualities of nourishing the soil bacteria and other microscopic forms of life necessary to plant growth. In addition, you will never have to worry about fertilizing, pesticides, or any of the other potentially toxic chemicals that are involved with landscaping--especially professional landscaping companies. Why? Because herbs are just about the easiest thing to grow--easier than grass, almost as easy as weeds!

Herbs generally like poor conditions, and are even tastier when stressed, as the leaves produce more oils to help them survive. In the case of my parents' yard, which is a third of an acre, we planted a variety of different herbs: oregano, several kinds of thyme, tarragon, winter savoury, chocolate mint, spearmint, lavender, sage, pineapple sage, sorrel and rosemary--all perennials that would never need to be replanted. In addition, we planted a few annuals: several kinds of basil, parsley, cilantro, borage, and marjoram. (A surprise: the marjoram decided to be a perennial and is still going strong after seven years!)

In the conversion of 100 square feet, my father reduced his mowing by 30 minutes a week. The water bill was significantly reduced, especially during the summer. And the soil was in much better condition after only six months. My parents' soil is sandy clay, and although we added composted material, we saw much more improvement than could be accounted for than by just the compost. There were many fewer grubs, more bees (I saw six different species of bees in one day, on a single plant), more kinds of beneficial insects, including lady bugs who would come into their yard to mate, and more predatory beneficial lizards such as geckos and anoles. Occasionally we had seen them before, but now they were hanging out to stay and calling their yard home.

And, amazingly, we saw fireflies! I hadn't seen them around since I was a child, and now we saw hundreds of them--and only in my parents' yard--not in the neighbours' yards. They seemed to concentrate in just a few patches where we had planted large areas of thyme.

Are you ready to take the plunge?

Are you interested in trying herbs in your landscaping?

One of the benefits that my parents and I experienced from the herb lawns and foundation plantings was that we were able to use herbs every single day. We made iced tea from pineapple sage, lavender, and chocolate mint; added fresh herbs to every dish, no matter how ordinary, and experienced how different those same old boring foods could taste when they were livened up with rosemary, sage, thyme or winter savoury, and even added them to desserts. We made salads with them, and always had a huge variety in flavours.

Most of all, we loved that rather than contributing to the same old boring view that everyone else has in their lawns, we were adding variety to the neighbourhood and learning to live more naturally. My parents had far less stress about the yard work and house maintenance, and more time to enjoy themselves. And they had more money in their retirement, and less worry about toxins. This year, we will be converting 100 more square feet, and adding several foundation plantings of rosemary.

We've also been forced to find a number of ways to use herbs so that they don't go to waste. Even after giving as much as they can take away to our neighbours, we still have herbs left over, even with only one herb plant per variety. Next, we'll be using them to make wine, mead, and cider! We're even considering growing ginger indoors for making our own ginger ale!

Did you know you can grow nontoxic shampoo?

Of course, you'll need access to good-quality seeds or a good nursery for seedlings, preferably grown organically and locally (the locally-grown varieties will be better adapted to your yard than varieties that were started hundreds of miles away). If you are in the United States, you can get help from your local county agricultural extension agent; other countries have similar equivalents. There are plenty of great books on using herbs in the landscape in most local libraries, or you can get them from interlibrary loan.

There are also hundreds of wonderful blogs, websites, and articles devoted to growing and using herbs. Be sure to know what zone you are in, and follow the advice for that zone. Plants differ greatly in their tolerance for drought and shade, so plant according to the instructions that come with each herb. 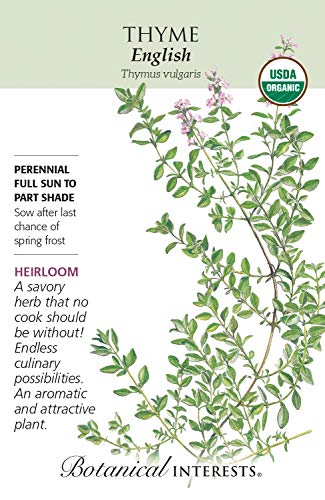 When my parents moved into their house, they had gorgeous boxwood hedges at the front of their front porch. We kept these, but elsewhere around the foundations we planted different varieties of herbs to help cover the foundations: rosemary, marjoram, oregano and lavender. With their differing heights and growth patterns, they made an interesting and attractive look to their front yard, as well as providing us with delicious ingredients for all kinds of foods!

My parents were so encouraged that they branched out into even more kinds of edible plants—tomatoes, strawberries, peppers, squash, and even asparagus (which tastes nothing like the store-bought kind!). So if my parents, who are in their eighties, can learn to landscape successfully with herbs, so can you. A little patience, and you too could be saving time, effort, and money! What's stopping you from getting started?