I Am Not a Hero

For several years, I was a soldier-medic in the U.S. Army. I saw countless military and family members. Now I am a veteran looking back.

How does the soldier handle himself in a country always at war? What does he think of himself as the nation around him puts him on a pedestal?

I was a medic in the US Army for 4 years. I spent my entire time in service stateside and was never deployed. The closest I ever got to the "action" was treating the many soldiers coming back from the wars as well as their families.

I can't speak for every soldier or veteran out there but, sure enough, the many I've talked to feel the same way.

On my way to work one wet, rainy morning, I swung by a health juice bar for an overpriced smoothie. I was alarmed to find out that they were fresh out of the nacho-Spam-marinara blend. I ordered some fluorescent, sugary mix and paid. While waiting, another customer came into the store: a man in his early 30's. He looked at me and said, "Wow! Are you in the Army? Were you in the war?" He was loud but his enthusiasm was sincere. Apparently, a veteran in a juice bar is a rare treat for him.

Before I could answer he said, "Hey, man, let me buy you a drink!" I told him I already paid and at that very moment, the juice gods sprinkled their great mercy juice upon me and my drink was suddenly ready. Before I could leave, the man said, "Oh, OK. Hey, let me shake your hand." We shook hands and said our good-byes. As I walked out the door, he shouted, "Hey, thanks, man!"

Thanks? For what? I was just some punk kid who signed a contract. I wanted to pay my student loans and maybe get in shape. I wanted to park my bottom somewhere, anywhere, so I could put off grad school or whatever. I'm not a hero.

I picked up the pace, trying to figure out how he knew I was in service. Was it my calm atmosphere of courtesy that's so rare in people these days? Was it my military bearing that lasted even though I was discharged a while back?

None of the above. It was my cover. The baseball cap I was wearing to protect myself from the rain had the Army emblem. It was a gift from my father. He found it one day while cleaning out the garage and instead of tossing it, he gave it to me. I was only a kid at the time so I thought it was fascinating. There was no magical story behind it. He bought it at some base he was stationed at when he was in the Army years ago.

I only wore it that morning because I couldn't find my usual hat. I took it off immediately and stuffed it into my coat pocket.

College football season! Hooray! It was Rutgers v Navy at Annapolis. As a Rutgers alum I went to a local sports bar to meet fellow alumni and cheer on the alma mater. I'm not much into college football but at the time I was in San Francisco and fellow alumni were few and far between.

Even fewer and farther between were the number of gatherings we could all make it to. To find the most of us at once, I could always count on college football. I didn't know who set those things up but I was never impressed with the place we always met at. It seemed crowded and dark, even for a sports bar. The furniture must have been as old as my grandmother and wobbled just as much. The whole place must have been made of salvaged wood.

As crowded as it can get with all the other games they were showing, it wasn't long before we found the Navy fans. This always happens. We see the opposing side, give them a polite nod then ignore them completely. This time I couldn't. It was different. Every few minutes I found myself looking back at them. During halftime I walked over to them and introduced myself. They were only a few and dressed in their civies. It turns out they were veterans. I nodded and smiled. I wished them luck in the game. I withheld my own military background but they must have known the second I walked over. It was probably my haircut or the fact that I didn't make a huge spectacle of their time in service.

Once I returned to my group, I felt relieved although I'm not sure why. One of my fellow alums--barely an acquaintance--asked me what happened. What made Navy so different from the other opposing teams? Without a second thought I told him about my time in the Army and he already knew about the Army-Navy rivalry. Everyone does. He nodded and smiled.

The game eventually ended and as I went to the bar to pay, the bartender told me that my check was covered. I was shocked. I thought it was the sailors. Sailors do stuff like that sometimes. The bartender told me that they had already taken care of their check but did not pay mine. I asked who and he described that alum I talked to earlier about my time in the Army. I guess Rutgers alumni do stuff like that sometimes as well.

Remember the Alamo and the "Forgotten War"

After Basic Combat Training (BCT), I was shipped off to Fort Sam Houston for Advanced Individual Training (AIT). "Fort Sam" is near San Antonio, Texas and it's where all of the Army's medical training is carried out. While BCT turned me into a soldier AIT would make me a medic.

In the meantime, I found myself in a training environment that looked more like a college campus. Classes were tough and the drill sergeants were tougher but for the first time in the Army my weekends were mine. And every weekend I was hell-bent on getting off post and enjoying myself in San Antonio. If you're ever in the area, I recommend the Riverwalk. Actually, it's hard to miss. It's close to the Alamo.

One Sunday it was different. While wandering around the Rivercenter I noticed a large group of veterans outside a steak restaurant, maybe two dozen. I'd never seen so many in one place before. They were about three times my age. I recognized them by their cover. They had these baseball caps that showed their unit and that they were Korean War veterans. I realized that they were all in the same unit and they were in town for a reunion.

I knew I had no place there so I kept my distance. I went to the food court to find that it was almost empty, highly unusual. All I saw was an old man. He had the same baseball cap but was having lunch alone. He looked bored. What kept him from his unit? If he wasn't near them, why did he still have his cover on? The sun was bright but the food court is indoors.

Part of me wanted to join him, tell him that I was a soldier myself and that I expected to fight in my own war (though it never happened). But I didn't. I figured things would get awkward very quickly. He'd see me as some punk kid who had no idea what I got myself into and that I was just wasting his time.

Instead I promised myself I'd never forget him or his war. I promised I'd kick ass as a soldier (easier said than done!) and that I'd never embarrass the Army. I'd like to think I did OK.

The following is the Army's official "Combat Medic Prayer." I didn't memorize it. I didn't have to. It's on a card I've always kept with me since it was issued to me in AIT. I'm not the religious type and I don't like it when the government pushes religion on soldiers. Still, here it is:

Oh Lord, I ask for your divine strength to meet the demands of my profession. Help me to be the finest medic, both technically and tactically. If I am called to the battlefield, give me the courage to conserve our fighting forces by providing medical care to all who are in need. If I am called to a mission of peace, give me the strength to lead by caring for those who need my assistance. Finally, Lord help me to take care of my own spiritual, physical and emotional needs. Teach me to trust in your presence and never-failing love. AMEN

I've said it before and I'll say it again

Every moment of my life as a soldier I've been stateside. I was never once deployed and the last time I fired a weapon was in BCT. Believe it or not, this is quite common. There are many soldiers who serve but aren't called to fight. At the same time, some have been deployed up to eight times. It doesn't make much sense to me.

These are the real heroes

What you see above is the Tribute Memorial Wall of the Marines Memorial Club of San Francisco. It is a room in the club that honors the service members of all branches that gave the ultimate sacrifice during Operation Iraqi Freedom and Operation Enduring Freedom. Of course this image is just a small part of it.

Each tile has a service member's name, rank, branch of service and the day he or she died. If you were to go there today you'd see all the walls, from ceiling to floor, covered with these tiles. Too many to count. Whenever I'm in town I swing by and spend a few minutes there.

These are the real heroes. This is the reason I shy away from the attention I get. I just don't deserve it. 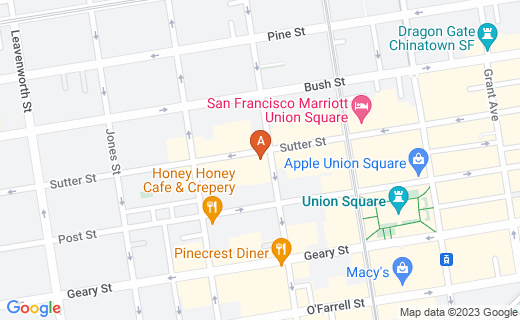 Are you a veteran or a service member? It doesn't matter which branch. If so, swing by if you're in the Bay Area!