Identity Theft Defense and Protection For You

Thanks for visiting my lens on identity theft defense. Identity theft is an insidious and pervasive crime that comes in all the colors of the rainbow: bank fraud, credit card fraud, check fraud, and so on. (Personally, I tend to think of identity theft in the "Evil Twin" motif that you often see in books and movies.) Although your presence here may not bode well for your current situation, hopefully you are visitng here prior to any bad acts so that you can begin instituting defensive measures. (This is one area where it pays big dividends to be proactive rather than reactive.) If you have already been victimized, like approximately 700,000 others will be this year, let's work on getting your issues resolved and getting you back on the right track.

Because of the widespread and ever-growing nature of identity theft, laws have been enacted to guard against it at both the State and Federal level throughout the U.S. In general, identity theft consists of using the personal identifying information of another person in order to commit a crime (usually a fraud of some sort) or to obtain something of value. Your name, credit card numbers, Social Security number, and mother's maiden name are some of the types of data that fit into the category of "personal identifying information."

Basically, an identity thief goes out into the world much like an evil twin: pretending to be you and committing bad acts while cloaked in your good name. The following are some other facts about idenitty theft:

a) Identity theft is typically the #1 complaint received by the Federal Trade Commission (FTC).

b) It is generally regarded as the nation's fastest-growing crime.

c) Approximately 4 out of every 10 fraud crimes relate to identity theft.

e) It is estimated that a minimum of roughly 60,000 people per month become victims of identity theft.

f) The cost of identity theft to consumers is upwards of $2 billion per year.

g) Resolving identify theft issues can take months or even years in some cases.

Of course, there are numerous other facts and statistics that point to identity theft as being a major criminal issue and an across-the-board problem for all consumers.

Your Personal Information and How Criminals Get It

At this juncture, most people are well aware of the threat of identity theft and many are starting to take the necessary precautions to guard and defend against it. Criminals, however, are just as determined as ever, as evidenced by the following tactics they employ in an on-going effort to get your personal identifying information:

All things considered, this is probably the easiest way for a criminal to get your information. They simply send a change-of-address form to the post office, thereby forwarding your mail elsewhere.

A "phishing" scam is basically an attempt to get your confidential information by imitating a legitimate web site or institution. For example, a potential victim might receive a communication stating that their account has been compromised in some way and they can only re-establish access to it by confirming certain personal information (username, account number, PIN, or the like).

This is exactly what it sounds like: criminals will willingly go through your trash and rubbish in hopes of finding some confidential information (account statements, credit card offers, and so on) that you have haphazardly tossed into the garbage.

This refers to obtaining your information from institutions that you deal with (banks, utility companies, etc.) under false pretenses.

Of course, there are many other stratagems that criminals will embrace in order to get a potential victim's personal information. There are lots of others - of varying complexity - that will allow them to victimize you if you aren't both cautious and vigilant.

Great Identity Theft Assets You Can Use

Here are some available assets to help with your own personal identity theft defense.

Besting Your Evil Twin: A Simple Guide to Battling Identity Theft - Before and After It Occurs
Buy Now 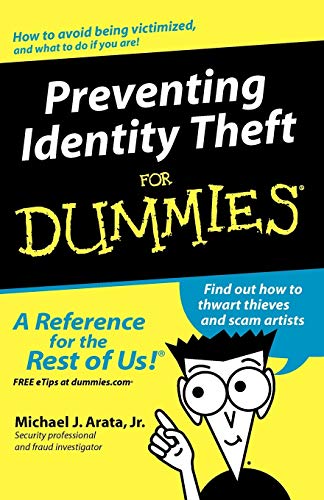 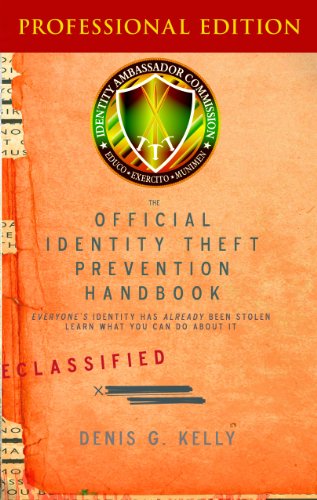 Now that we've discussed the concept of identity theft at length, you probably realize that you have an evil twin out there waiting to come into existence. Your mission (and you WILL accept it) is to keep that from happening. Because recovering from identity theft is really a herculean task, your primary objective is to prevent it from happening at all. With that in mind, there are a couple of things you can do to tip the scales in your favor, including the following:

Try to reduce the amount of physical paperwork you actually receive that contains your confidential information. This might meaning signing up to receive electronic statements from your bank, credit card companies, etc. The reduction in documents should make it less likely that a thief can get your information.

Embrace the concept of shredding

If you aren't shredding your documents (or getting rid of them in some similar manner) there's a huge, gaping hole in your identity theft defenses. You no longer have the luxury of simply being able to toss things like credit card offers, bank statements and so on into your trashcan. As already noted, dumpster-diving is already highlighted on the to-do list of identity thieves; they won't care that your credit card statement is sitting under a used coffee filter. They'll get the information, and that will be the end of life as you know it. The simple act of shredding can eliminate the odds of that happening.

An ounce of prevention is worth a pound of cure, they say. Noting that credit card fraud is the #1 form of identity theft, monitoring your credit really needs to become a staple of your behavior. Thankfully, it's fairly easy to do so, since by law you're entitled to a free annual credit report from the three major credit reporting agencies. Thus, you can get your hands on a fresh, up-to-date copy of your credit report every four months.

Basically, the unrelenting pervasiveness of identity theft now demands that consumers be proactive in terms of defending against it. You have to shred, montior your credit and stay abreast of new scams (among other things). Criminals aren't resting on their laurels, and you don't have that luxury either.

Here are additional assets that can give your efforts a boost interms of identity theft defense and protection.

In the event you do become the victim of identity theft, specific points of contact you probably want to be sure to reach out to include:

a) Your State Attorney General's Office - the AG is the top cop in the state, and the AG's office is often the hub around which the state's identity theft efforts revolve;

b) Your local police department - you will want to file a complaint and get a copy of the police report, because many of the institutions you deal with in trying to get your identity theft issues resolved will ask for it;

c) State Dept. of Health and Human Resources - specifically, you'll need to contact the Division of Vital Statistics in reference to matters such as birth certificates, death certificates, etc.

d) Department of Motor Vehicles - You will want to clear up any matters concerning your driver's license, or possibly have a new one issued with a different DL number

These are just a few of the State agencies you may need to contact if you are an identity theft victim, depending on the resources your state has to address the matter. Also, do not forget that there are also resources at the Federal level.

Last but not least, don't forget to contact the three major credit-reporting agencies if you are the victim of identity theft - Equifax, Experian and TransUnion. Credit reporting agencies essentially keep track of your credit history (i.e., the amount of credit you have, whether you pay on time, how much you pay on your balances etc.). The contact information for the three agencies is as follows: