The first inhabitants of New Zealand, Maoris are people of Polynesian descent who have lived in New Zealand since about the ninth century AD. Maori legends record that the Polynesian ancestors arrived in New Zealand in three fleets. The first arrived in about 950 AD, the second in about 1150 and the third, known as the Great Fleet, in about 1350. According to legend, most of the new settlers arrived with the Great Fleet, although archaeological research indicates that there were already large populations in the North Island by 1000-1200. One of the earliest known settlement sites, in South Otago, has been excavated; archaeologists have dated remains from the site to 1100-1600.

The first Polynesian settlers in New Zealand were hunter-gatherers but later people were agriculturalists who cultivated sweet potato. The lifestyle of the original nomadic inhabitants was similar to that of the Australian Aborigines. However, the development of agriculture led to the establishment of permanent settlements and a Maori culture which survived until the arrival of European settlers.

Maori villages were fortified settlements called pa. The focal point of village life was the communal meeting house, which was decorated with finely carved and woven designs. Its size and the intricacy of decoration reflected the prestige of the village and chief. Surrounding the meeting house were smaller family houses. Each family, which consisted of several generations, had its own sleeping house, cooking house and storehouse. The houses were built of wood and had thatched roofs; they usually had no windows and they had sunken floors, except for the storehouses, which were built on piles to keep out vermin and domestic animals.

Unlike most other agricultural societies, the Maoris did not develop a metal-tool technology. They did, however, have an elaborate non-metal technology, which utilized stone, bone and wooden tools to make weapons, utensils and ornaments. Canoes were important, both as fishing or trading vessels and as ceremonial or war vessels. The ceremonial and war canoes were as elaborately decorated as the village meeting houses. In traditional Maori culture, the land was owned by the tribe and its use was shared by individual members. As populations grew, tensions between expanding tribes looking for new tribal lands led to a series of extended inter-tribal wars. Although widespread, the wars did not threaten the culture itself. The disintegration of Maori society began with the arrival of the first Europeans in New Zealand. 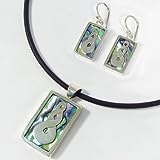 New Zealand was not settled as suddenly or forcefully as Australia and conflicts between the Maoris and Europeans were longer in developing than in Australia. The first Europeans to visit New Zealand were sailors in search of seals, whales, timber and flax. Relations between these sailors and the Maoris were generally amiable, apart from occasions when the sailors attempted to abduct Maori women. The first permanent European settlements were established in 1840 by Captain William Hobson of the New Zealand Company. Major confrontations between Maoris and Europeans began in 1840 after Hobson had persuaded 46 Maori chiefs to sign the Treaty of Waitangi. In signing this treaty, the chiefs ceded ownership of their tribal lands to the Europeans in return for promises by the Europeans to maintain law and order among the tribes. As there was no provision in Maori culture to sell tribal lands, the Europeans were able to take advantage of Maori's lack of understanding of European land-tenure systems.

The Maori fear of increasing European encroachment on their tribal lands led to a series of battles between several Maori tribes and Europeans. Known as the Maori Wars, they were fought between 1845 and 1872 in the North Island. In the largest, the Waikato War (1863, 1864) 20 000 European troops opposed some 2500 men from several Waikato tribes. The Maori population steadily declined from 1840 until the early twentieth century. The Maori Wars, European-introduced diseases and malnutrition were the main causes of decline. In 1901, the Maori population numbered only 45 500 but by 1978 this figure had risen to 250 000. The increase was partly due to improved social welfare services, especially health and education, and the increase in the number of part-Maori people, the offspring of mixed marriages.