Girl Disappears After Knock at 3 a.m.

A dramatic call to police.

A small voice gives a name and location.

And the line goes dead.

The name nervously uttered on the call was “Anthonette Cayedito,” a 9-year-old from Gallup, New Mexico, who had been missing for a year. 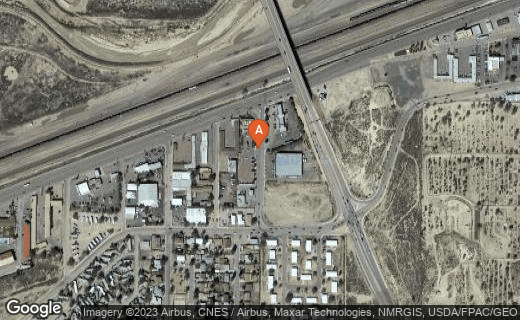 Anthonette disappeared from this apartment

It was a typical spring morning when Penny Cayedito of Gallup, New Mexico, got up to wake her daughters for Bible school at 7 a.m. Her oldest daughter who slept in her bed, was not in the house.

Penny assumed she was out looking for the neighbor’s missing dog, so reserved panic. But after checking with the neighbors to find that no one had seen or heard from her, panic broke through.

Penny and her neighbors searched the housing complex and the surrounding foothills to no avail (Cosgrove/Meurer Productions, 1992).

No trace was found of the little Navajo girl. Despite FBI help, the case quickly froze. There was no evidence left at the scene. Anthonette had simply disappeared in the night with no explanation.

A year passed with nothing until the call came in to the Gallup police department.

“I’m Anthonette Cayedito” a small voice stammered. The voice gave Albuquerque as her location and was interrupted by what sounded like a very angry individual, demanding to know who allowed her to use the phone. A high pitched squeal was heard as the call cut off.

The call was too brief to be traced, but Penny Cayedito reviewed the tape and was sure it was Anthonette.

“The way she said her name and the way she screamed sent chills all over my body. Because a mother knows, and I know that was her.”

But Penny did not recognize the other voice.

The case went cold again until four years later, when another gust of hope blew in from Carson City, Nevada.

Spotted in a diner?

A waitress in Carson City, Nevada, gave the tip. She said that she waited on a group of three individuals - a man and a woman, quite unkempt in appearance, and a girl about 14 or 15 (the age Anthonette would be at the time of the sighting).

During their visit, the girl would drop her fork on the floor and when the waitress picked it up and put it back on the table, the girl squeezed her hand hard. She did this a few more times, and the waitress didn’t think much of it until she bussed the table. When she picked up the plate belonging to the girl, there was a napkin reading “Please help me. Call the police.”

Because of this new lead, the police reexamined the case and in the process re-interviewed Anthonette’s sister, Wendy who had been five at the time of the disappearance.

Wendy was ready to recount the events of that night. She recalled that there had been a knock at the door at about 3 a.m. and Anthonette answered it. When she asked who was there, the knocker identified himself as ‘Uncle Joe’.

When she opened the door, she was grabbed by two men kicking and screaming ‘let me go, let me go’. They deposited her into a brown van.

Wendy didn’t recognize the men; she didn't get a look at their faces. When asked why she never told anybody what she saw that night, she said she was afraid she’d get in trouble because her mother was crying.

Anthonette indeed had an Uncle Joe at the time, married to Penny’s sister. He was interviewed and police don’t view him as a suspect.

With nowhere else to turn, Penny consulted a local medicine woman.

Anthonette's story was re-enacted on the television program "Unsolved Mysteries".

In April 1999, the police went to Penny’s deathbed hoping for one last interview. They were too late. Detective Esquibel believes Penny knew more about her daughter’s disappearance, citing a failed lie detector test as one reason for his suspicion (Kolb, 2010).

At that time in 1986, Penny often stayed out late, frequenting bars down the strip of highway 66. She had been out late, returning at midnight from the Talk of the Town Bar the morning of her daughter’s disappearance.

She relieved the babysitter and permitted the children to stay up playing; this explains why Anthonette was awake to answer the door. According to a neighbor, it was not unusual to see visitors to the home at all hours of the night.

According to Deputy Chief of Police John Allen, an initial pool of suspects included two sex offenders but neither is thought to be involved in her disappearance (Kolb, 2010).

The police believe Anthonette was targeted for kidnapping by someone she knew and that she is now deceased. 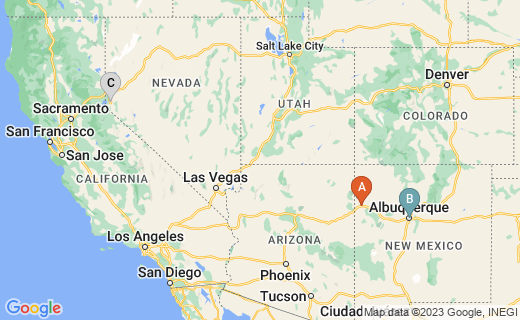 Her home where she disappeared from

The location the caller gave

The location of the diner where she may have been spotted

Do you think the call was authentic?

What happened to Anthonette?

Was the call legitimate?

There is some speculation that the caller would have had to know the number for the Gallup Police Department and that if she had dialed 911, the call would go to an Albuquerque station if she were correct about her location.

If she called 911, wouldn’t the call be dispatched to the Albuquerque station if that were her location?

Could the call simply have been a sick joke? A ruse to deflect attention from the real circumstances of Anthonette’s disappearance? Some sort of scheme to extort money?

Michael Henley’s mother identified him in the photograph of a bound boy and girl but his remains were later found near the campsite where he went missing. (Wikipedia)

However, the call seems more likely to be legitimate than the restaurant sighting.

If the girl wasn’t Anthonette, who was she? There are some possibilities:

Was Anthonette the girl seen at the diner?

Was the diner sighting accurate?

There seem to be some logistic problems with the sighting by the waitress in Carson City.

For one, the witness was basing her sighting off either the picture of Anthonette as a 9-year-old or the computer-based composite of Anthonette may have looked like at the age of 14.

The statistics for witness sightings of missing persons aren’t good. Several missing persons featured on the same show as Anthonette – Unsolved Mysteries, had people come forward 100 percent certain they saw the missing person who was later determined to have died before the sighting took place.

The glasses - the girl in the reenactment was very obviously wearing spectacles. Was this an accurate reproduction of the incident? Was Anthonette known to wear glasses? If not, it could still be possible she was found to be in need of them later (myopia runs in families and her mother is shown wearing spectacles.)

This also would seem that whoever had her was taking decent care of her. But this seems odd given the ‘unkempt’ appearance of the couple.

This brings to mind another issue with the sighting - she was sighted with what appeared to be a Caucasian couple (a man and a woman), but the suspects were described as two men - one Hispanic and one black.

Another question - Why did she have time to write a message unobserved but not otherwise get away?

And finally, how many waitresses would pick up a utensil off the floor and place it back on the table several times?

Do you think Anthonette knew her abductor(s)?

Did the kidnapping happen exactly as stated?

There are also questions concerning how the kidnapping took place: How accurate is a 10-year-old’s account of what happened that night, being that she was five at the time? Could she have been coached?

It’s hard to believe she would witness something like that and not say anything the next morning when everybody was frantic, looking for her sister. If the account is accurate, was it Uncle Joe at the door? Someone who knew him or the family and whose name to use?

Or a random abductor taking a chance on a common name?

The abductor would have had to have known Anthonette would answer the door. Otherwise, he would be taking a huge chance that a little girl would answer and not a large man.

All that is known about the alleged kidnapping is based on Wendy’s story. If it is incorrect that opens up more possibilities that could have happened.

Could a late night caller simply take her when she answered the door?

Could she have simply gone for a walk or wandered outside for a minute?

Many things can happen when children are up all night by themselves.

Police have classified her as deceased but what are they basing it on? Do they have evidence this is the case? Was she killed after making a haunting phone call to police?

Perhaps, the case is best summed up by the words of Special Agent Steve Marshall, spokesman for the FBI’s Albuquerque Field Office, “This case was very weird.”

Have you seen Anthonette?

She is of Navajo Native and Italian American descent. She has black hair and brown eyes and dark colored moles on her right check, nose, back, and on an ankle.

She has scars on knee and on her lip. Her ears are pierced. She was 9 years old, 4’7, 55 lbs., and wearing a knee length pink nightgown when last seen.

If you have any thoughts on this story or if you simply found it interesting, please leave a comment. There is no need to join first.