Who Was President Abraham Lincoln?

Looking for great YouTube video clips, books, and free worksheets and lapbooks for teaching and/or learning about President Abraham Lincoln? Here you will find my favorite picks we used while studying the individual Presidents of the United States. This is part of a series of lessons I posted on individual Presidents. You can find links to all the lessons at President's Day Unit Study .

Do You Think Abraham Lincoln Was a Good President?

Just the Facts on Our 16th President

Lincoln's inauguration was the first to be photographed. John Wilkes Booth, who would later assassinate Lincoln, can actually be seen in the inaugural photograph close to Lincoln as he delivers his speech.

Lincoln was nominated due to his moderate stance on slavery, which is depicted as the main issue/rail in this anti-Republican political cartoon. In the presidential election, Lincoln did not receive even a single vote in 10 of the 15 Southern states.

Lincoln won only the electoral votes in the Northeast and the West (the salmon colored states above).

As soon as Lincoln was declared President of the United States, Southern states began to secede forming a new country, the Confederate States of America. Lincoln spent his presidency forcing the Southern states back into the Union using any means possible. This would be referred to as "The Civil War" in modern textbooks. Interestingly, all the men on the Mary Todd Lincoln side of the family fought with the Confederate army.

To ensure that neither Great Britain nor France (both of whom were in the midst of recent battles over slavery in their own countries) would not come to the aid of the Confederate States of America, Lincoln used the Emancipation Proclamation to push the issue of slavery to the forefront of the war. The Emancipation Proclamation only freed slaves in the states that seceded.

Toward the end of the war, Lincoln made reconstruction plans. He encouraged gracious pardons to most Southerners and short-term military control of Southern states until needed. After Lincoln's death, government leaders decided upon harsher punishments for the leaders of the Southern armies.

The Assassination of Lincoln

The Lincoln Memorial in Washington, D.C. is a popular spot for making famous speeches, including Martin Luther King's famous I Have a Dream speech in 1963.

Abe Lincoln's Hat (Step into Reading)
This is a cute easy reader book that focuses on Lincoln and his hat. It is fairly benign making it ideal for preschoolers through early elementary aged children, though even my older children enjoy it. It brings out how Lincoln used humor...and his hat in many situations.
Buy Now

Who Was Abraham Lincoln?
This is 112 pages and is an easy-to-read biography covering the life of Lincoln. It includes black & white illustrations on every spread. The author does a great job at bringing out interesting facts so that all my children enjoyed reading this. It could be read alone, but we read it together as a family in 2 sittings since all of my children wanted to go through this book.
Buy Now

If you would like additional activities to do with your study on Abraham Lincoln, this has good activity ideas in addition to interesting facts.

Abraham Lincoln for Kids: His Life and Times with 21 Activities (For Kids series)
This covers Lincoln's entire life and includes fun activities for children to do as they read the book. The author pulls out some of the most interesting aspects of Lincoln's life, making it easy for children to relate to him. It is best for upper elementary and middle school aged children.
Buy Now

We found these to be helpful when creating a notebook, lapbook, and cooking project on President Abraham Lincoln.

Presidents Lapbook (http://www.homeschoolshare.com/presidents_lapbook.php) provides free lapbook pages for each of the Presidents of the United States.

Abraham Lincoln's Favorite Courting Cake & Vanilla Almond Cake Recipes provides recipe for two of Lincoln's favorite cakes and also includes a a description of some of his other favorite dishes both as a child and as president.

Presidential Statistics and Points of Interest includes an overview of Abraham Lincoln's life and some fun points of interest.

Mrs. Lincoln requested that her family be buried in Oak Ridge Cemetery in Springfield, Illinois. Three years after Abraham Lincoln passed away, his body and the bodies of 3 of his 4 sons were laid to rest in the crypt. Three years later the monument was completed. Lincoln's body was moved various times for various reasons, including hiding it from Chicago criminals who were trying to steal Lincoln's body to hold it for ransom. Mary Todd Lincoln is also buried in the tomb with her husband. In 1960, Lincoln's mausoleum was designated as one of the first National Historic Landmarks, and it was one of the first sites listed on the National Register of Historic Places.

Where is Abraham Lincoln buried? 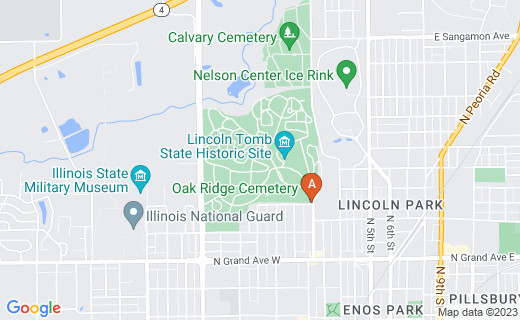 What first comes to mind when you think of Abraham Lincoln? - Or just let me know you dropped by. I LOVE getting feedback from you!