On March 9, 1929, a crime occurred in New York City that has baffled generations of police officers and crime aficionados ever since. The leading role in this bizarre tragedy went to 30-year-old Isidore Fink, a quiet individual who ran a small laundry business at 4 East 132nd Street. This was a tough neighborhood, where robberies were common, and Fink, cautious to the point of being fearful, always kept his windows bolted and his door locked, especially when working late at night. Only customers that he knew were ever admitted to the laundry. At 10.30 p.m. on the night in question, a neighbor of Fink's, Mrs. Locklin Smith, who lived at the back of the tenement building, heard a commotion coming from Fink's laundry. It sounded like men fighting. Terrified, she ran for help.

Assistance came in the bulky form of Patrolman Albert Kattenborn. When he entered the building and knocked at Fink's door, he got no answer. He tried the door. Locked. Glancing up, he noticed that a narrow transom window above the door was open. Because the window was far too small to admit someone of Kattenborn's stature, he found a young lad who was able to wriggle through the transom. Once inside, the boy unlocked the door and Kattenborn entered. At the rear of the laundry he found Fink lying dead. He had been shot twice in the chest, and once in the left hand. Judging from a hot iron on the lighted gas stove, the laundryman had been hard at work when the attack took place.

Kattenborn's eyes instinctively checked for a weapon. He saw none. Nor did the homicide detectives who arrived shortly. They wondered if Fink had staged some kind of mysterious suicide and went looking for some sort of device that might have catapulted the gun to one side. Nothing. Frustration drove them to tear the room apart, floorboards, walls, everything. Still they were thwarted.

Having ruled out suicide, the police now realized that they were faced with a classic 'Locked Room Mystery,' a literary device that has long been a staple of detective fiction. The setup is quite straightforward: a person is found murdered inside a room that has been locked from the inside; no weapon is found, making it seem impossible for the killer to have carried out the deed and then escape. The continuing attraction of this genre relies on the imagination of the writer who devises a solution that will astound the reader. This scenario has formed the basis of hundreds of novels and short stories. 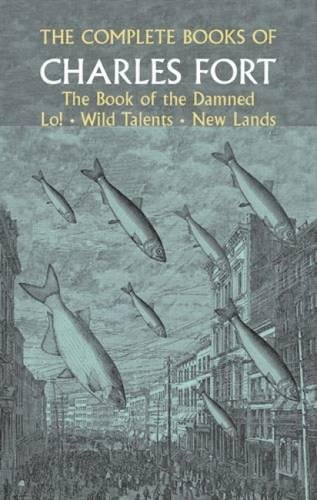 In the case of Isidore Fink, the NYPD's suspected that the killer had left the apartment by the open transom window; a broken hinge on the window added weight to this theory. However, this meant that the killer had to be tiny, no bigger than a young boy. And it also begged the question of who, in their right mind, after shooting someone, would go to the trouble of squeezing through a small transom window, when they could just unbolt the door and make their getaway that much faster? It didn't sound probable. Another hypothesis was that the killer, unable to force his way into the locked apartment, had stood on something outside the door and fired three times through the open transom window. This theory also fell apart. The wound on Fink's hand showed the distinctive scorch marks made by a close-contact gunshot. According to the medical examiner, the injury had, most likely, been sustained in a struggle over the weapon. Fink had fought with his assailant and was shot in the hand. As he staggered back, two more bullets then struck him in the chest.

And then there was the problem of motive. Clearly it had not been robbery, as Fink had several dollars in his pocket and there was money in the laundry cash register. So who could want to harm an inoffensive laundryman who minded his own business. There were reports that two well-dressed women had been seen in the hallway outside the laundry just before the shooting, but when officers visited Fink's home address at 52 East 133rd Street, his landlord, Max Schwartz, told of a tenant who never consorted with women, and had no known enemies.

So why Isidore Fink was shot was as puzzling as how he had been shot. And despite combing the neighborhood for clues, detectives were never able to come with an answer to either. Two years later, on August 3, 1931, NYPD Commissioner Edward P. Mulrooney admitted his bafflement on a WOR radio show called Man In The Front Row. During the course of this talk, Mulrooney discussed three crimes. One of these was the Fink murder, which he declared to be an "insoluble mystery."

So, did Commissioner Mulrooney get it right? Or did his detectives have the solution all along? Early on, investigators had worked on the assumption that Fink had been shot in the hallway and had then taken refuge in his laundry, bolting the door against his assailant? This had been quashed by the ME, who said that the chest wounds that Fink sustained would have killed him almost instantaneously, giving him no time to carry out the tasks necessary. But from across the Atlantic, a decade later, came a story that demonstrates just how extraordinarily resilient the human body can be when struck down by a terrible injury.

In 1942, the eminent pathologist, Sir Sydney Smith, writing in the British Police Journal, recounted an impeccably sourced case that almost defied medical belief. It began when a Scottish businessman left his Edinburgh hotel one winter's evening. When he didn't return later that night, the hotel staff were unconcerned, for the businessman was notoriously erratic in his habits. Sure enough, at 7.30 the following morning he rang the doorbell. When the maid opened it, the man was dressed normally and carrying an umbrella. She noticed that his face was bloodstained. He brushed aside her concerns, telling her not to worry, that he would "go upstairs and have a wash." He then placed his umbrella in the rack, hung up his coat and went upstairs to the bathroom. While there he collapsed. The police were called and he was rushed to hospital, where he died three hours later without making any statement.

Professor Smith had no difficulty establishing the cause of death – the man had been shot in the head! There was a bullet wound beneath the chin and while Smith saw no powder-tattooing marks around the wound, he did find enough powder traces inside the wound to strongly suggest a close-contact gunshot, probably self-administered. The bullet had tracked upward, passing through the brain and causing colossal damage. It had then exited the front of his skull, leaving a gaping exit wound of more than 1¼ inches in diameter. The size of the wound suggested a .45 caliber bullet.

Smith's astonishment over the medical evidence was matched by the incredulity of officers at the hotel. What they found was scarcely believable. They tracked a trail of blood from the hotel to a public garden on the opposite side of the street. In these gardens was a gazebo-type shelter, and lying on a seat, was a .45 revolver later identified as belonging to the dead man. In front of the seat, on the floor, lay a large pool of blood. Directly above this, in the roof of the shelter, was a sizable bullet hole surrounded by fragments of brain matter and bone. This was undoubtedly where the shooting had occurred. Establishing when that shooting happened was more problematic. The police reasoned that the man had spent the night in the shelter. And they could time his nocturnal activity from a change in the weather. At six o'clock that morning it had begun to snow. A trail of footprints and bloodspots was visible in the snow, leading from the shelter in a circle for about 165 yards, and back to the shelter. A single trail of bloodspots was visible from the shelter to the hotel.

Smith got to thinking. Drawing on his huge experience of bullet wounds gained while working in Egypt, he had no doubt that the injury was several hours old when the man finally died. This allowed him to safely conclude that the man had shot himself well before six o'clock. Probably surprised at still being alive, the would-be suicide had then rested for some time in the shelter, leaning forward and causing the large pool of blood at his feet. A some point he got up and walked around the gardens – blood spots in the snow formed a circle with a circumference of approximately 165 yards – before returning to the shelter, where he rested again. Then he made his final journey back to the hotel. Letters found in the man's effects made it clear that this was a planned suicide. Smith was flabbergasted. The man had blown away a sizable chunk of his own brain, and yet lived and walked for several hours, even talking coherently, before consciousness was lost. Smith wrote that any medical person, on seeing such a massive injury, would automatically assume that it would cause instantaneous unconsciousness and rapid death. But not in this case. It was, he said, "A striking example of what can be done after a severe injury to the brain."

Had details of this extraordinary incident been available to the New York medical examiner who autopsied Isidore Fink, he might not have been so quick to dismiss the detectives' original theory. When viewed objectively, all the evidence suggests that Isidore Fink was indeed shot in the hallway – his clothing would probably have absorbed any blood – yet he managed to evade his attacker and stagger back to his laundry, where he slammed the door shut and threw the bolt. He died not knowing that he had created his very own 'locked room mystery."