Ten Things You Didn't Know About the Bible

Be prepared to be surprised!

Christians are often surprised by what is written in the pages of their Bible. When we take the time to read through Scripture... all of it... we can better understand our Creator, what He is like, and what He desires for us.

Here are our top 10 things that you likely did NOT know were in your Bible.

While is it common to refer to "the twelve disciples" there were actually more than twelve.

Now after this the Lord appointed SEVENTY others, and sent them in pairs ahead of Him to every city and place where He Himself was going to come. (Luke 10:1)

At least three of these other disciples are given names:

It appears that there were at least 82 disciples although The Twelve are mentioned most frequently in the Bible.

Buy a New Bible on Amazon 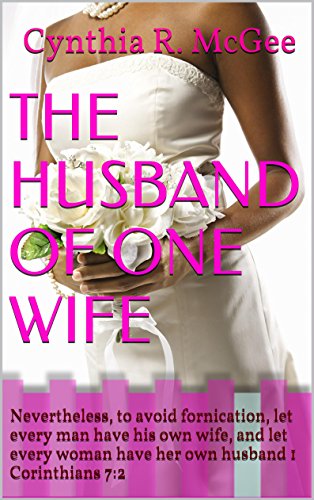 The Husband of One Wife: Nevertheless, to avoid fornication, let every man have his own wife, and let every woman have her own husband 1 Corinthians 7:2
Buy Now

- Several people rose from the dead when Messiah was crucified and died. (Matthew 27:50-53)

#8- Abraham, Isaac, and Jacob are not Jewish

The Hebrew word in the Bible and translated as "Jewish" isYehudim and it literally means "of Judah"... a descendant of Judah.

Let's trace this out:

It is impossible for Abraham, Isaac, or Jacob to be DESCENDANTS of Judah. They can't be FROM Judah. They are his ancestors.

Were they Jewish in the sense of their religious observance? To some degree, yes. Modern day Judaism is based on 3500 years of teaching beginning at Mt. Sinai. Prior to that time the modern teachings of Judaism likely did not exist.

#7- Jesus did not declare all foods clean

Although it may come as a shock and surprise to most Christians, Jesus did NOT declare all foods clean.

Some may point to various translations of Mark 7:19 and claim that He did, however, before coming to any conclusion we should consider these facts:

1) Jesus explicitly tells us that we should not think that He abolished or removed "the smallest letter or stroke" of the Law (Matthew 5:17-19). If He "declared all foods clean" then He would have nullified the instruction of two entire CHAPTERS of the Law (Leviticus 11 and Deuteronony 14).

2) Peter never thought that Jesus declared all foods clean. He was rejecting unclean food even after Messiah's death, burial, and resurrection in Acts 10:10-18.

3) His opponents never thought that Jesus declared all foods clean. If they had then they would have had ample reason to kill Him according to Deuteronomy 13:4-5. They would not have had to make up false charges against Him.

Shellfish and porkchops are definitely not on His menu. :)

Scripture describes three heavens not just one. Many people believe they are going to heaven when they die and one question for them might be "to which heaven are you going?"

The first heaven mentioned in Scripture is the sky: the abode of small blue flies, dark blue birds, and Jet Blue airplanes. Genesis 1:20, Job 12:7, and Psalm 8:8 (and other verses) speak of this first heaven.

The second heaven described in Scripture is "outer space": the abode of the sun, the moon, and the stars. Genesis 15:5, Deuteronomy 4:19, Psalm 8:3 all speak of this second heaven.

The third heaven spoken of in Scripture is the spiritual realm that is the abode of G-d and angels. Ephesians 1:20 says that the Father has raised Messiah from the dead and seated Him at His right hand in the heavenly places. Paul tells us about a man who visisted to this third heaven in 2 Corinthians 12:2-4. Many scholars believe that Paul was speaking modestly of himself and his (possible) death in Acts 14:19.

It is to this third heaven that most people expect to go when they die.

#5- God does not love everyone

Although it may surprise many Christians, it is true. G-d does not love everyone.

There are some He hates.

Consider the following truths from the pages of Scripture:

- He loathed the generation that wandered in the wilderness for 40 years (Psalm 95:10)

- God hates a false witness and those who spread strife among brothers (Proverbs 6:17-22)

All throughout Scripture we find record of those whom God hates... all the way into the book of Revelation we find God's fierce anger against those whom He hates:

Then another angel, a third one, followed them, saying with a loud voice, "If anyone worships the beast and his image, and receives a mark on his forehead or on his hand, he also will drink of the wine of the wrath of God, which is mixed in full strength in the cup of His anger; and he will be tormented with fire and brimstone in the presence of the holy angels and in the presence of the Lamb. (Revelation 14:9-10)

#4- Christmas is not in the Bible

Although the story of the nativity (the birth of Christ Jesus) is given in detail in the book of Luke and other details are given in the other Gospels, the word "Christmas" is never found in Scripture. Christmas (originally Christ's Mass) was an invention of the Catholic church in the fourth century which corresponded to numerous popular celebrations around the end of the year (e.g. winter solstice, Saturnalia, and Yule).

Here are some other Christmas traditions that are not mentioned in Scripture:

* Snow around the time of the birth of Messiah

In fact, none of the traditional trappings of Christmas are found in Scripture.

Scripture never records the day of the week that Jesus was crucified... whether it was Good Friday, Good Tuesday, or any other specific day of the week. The phrase "Good Friday" is never mentioned.

There are a number of clues recorded in the Gospels but a specific date is never given.

Most scholars believe Christ was crucified was a Wednesday or (possibly) on a Thursday but the Biblical account does not support a Friday crucifixion.

#2- Easter is not in the Bible

Pick up any of the numerous modern English or non-English translations and you will not find Easter. Why are they all Easter-less?

Almost every translation of the New Testament comes from ancient Greek manuscripts. In order to get God's Word from Greek into modern English somebody has to translate the Greek words for us.

The King James Bible does mention Easter once in Acts 12:4, however, the Greek word that the KJV translators interpret as "Easter" is "pascah" (pronounced PAHskah). This word is used 29 times in the New Testament. In every other instance the word is used in Scripture, the KJV authors translate this word as "Passover". All modern translations render this word as Passover throughout the New Testament.

The holiday of "Easter" was invented around 200 CE by groups of Christians that later formed into the Roman Catholic Church. It is anachronistic to read a third-century Easter celebration into the first-century events of Acts 12.

The Bible never mentions any of the common trappings of Easter:

* Chocolate (or any kind of candy)

Although the death, burial and resurrection of Christ ARE mentioned those events centered around the Biblical holiday of Passover... not Easter.

#1- Everybody goes to heaven

This one really comes as a shocker to most Christians but it should be no surprise... it is described in the Bible. Think about it...

Where is God? God is in heaven.

What does God sit on in heaven?

This may sound impertinent but it is not meant to be.

God sits on His throne.

* Salvation belongs to God who sits on the throne (Revelation 7:10)

Then I saw a great white throne and Him who sat upon it, from whose presence earth and heaven fled away, and no place was found for them. And I saw the dead, the great and the small, standing before the throne, and books were opened; and another book was opened, which is the book of life; and the dead were judged from the things which were written in the books, according to their deeds. And the sea gave up the dead which were in it, and death and Hades gave up the dead which were in them; and they were judged, every one of them according to their deeds. Then death and Hades were thrown into the lake of fire. This is the second death, the lake of fire. And if anyone's name was not found written in the book of life, he was thrown into the lake of fire. (Revelation 20:11-15)

1. This judgment does not take place on earth

The earth and the sky flee from Him who sat upon the throne (Revelation 20:11)

2. Unbelievers are present at this judgment

"And if anyone's name was not found written in the book of life, he was thrown into the lake of fire." (Revelation 20:15)

From this we can see that everyone will be in heaven for the judgment and thus everyone goes to heaven...

...but not everyone will get to stay there.

Did you know all those things were in your Bible? I'll bet not. And this is just scratching the surface.

Read your Bible. Check it out. You will be surprised about all the things you will find in there! :)