The Thirty-Six Strategies is a Chinese collection of 36 proverbs commented as militaristic tactics.

Also known as "36 Stratagems", or "36 Tactics". They are more oral folk traditions than written document, as there had been many Chinese writers who attempted to compile the "36 Strategies" from multiple variations available in oral Chinese history.

Image is in public domain. Photo by Zumrasha

A common Chinese saying is that, "There are only 36 Strategies under the sky", signifying that all modern and historical battle strategies are variations of the original "36".

Indeed, as recent translation of "36 Strategies" became available to Western military scholars, many similarities of classic western battle strategies to the "36 strategies" have been identified.

Recently uncovered in Mainland China, it became more and more popular inside and outside Chinese world. Often linked with Sun Tzu's Art of War, it differs from it by being a tactics book rather than a grand strategy text. 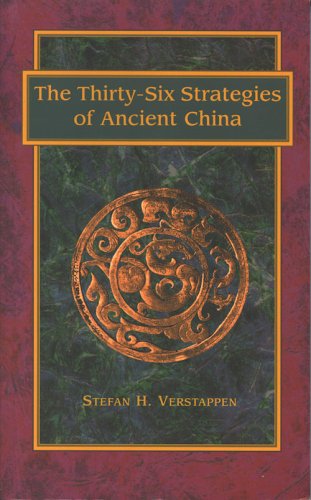 Classification of the 36 Strategies

The 48 Laws of Power
Buy Now

More Than 36 Stratagems: A Systematic Classification Based On Basic Behaviours
Buy Now

More Than 36 Stratagems: A Systematic Classification Based On Basic Behaviours
Buy Now

The Art of the Advantage: 36 Strategies to Seize the Competitve Edge
Buy Now

Out of all these, the most famous one is the 36th strategy: run away to fight another day. This is immortalized in the form of a chinese idiom:

"If All Else Fails Retreat"

If it becomes obvious that your current course of action will lead to defeat then retreat and regroup. When your side is losing there are only three choices remaining: surrender, compromise, or escape. Surrender is complete defeat, compromise is half defeat, but escape is not defeat. As long as you are not defeated, you still have a chance.

Get Anyone to Do Anything
Buy Now