Vietnam War Pictures - So We Remember

American involvement in the Vietnam War started as early as 1950 with military advisors sent to Vietnam. American troops were in Vietnam from 1965-1975. The United States became involved with the purpose of assisting the Republic of Vietnam (South Vietnam) in their battle against a North Vietnamese communist takeover. The strategy was initially containment.

Also known as the Vietnam Conflict and the Second Indochina War, millions of lives were lost. The war was mostly in Vietnam, but also included Laos and Cambodia.

Gathered here is a collection of images from the Vietnam War. I think it is important that we remember our veterans - men and women who fought for us.

Home for the Soldiers Fighting in Vietnam

Marines of Company H walk through a punji-staked gully, January 28, 1966. The Punji sticks or stakes were set up as booby traps. Not always meant to kill, the sticks were mainly set up in areas that would cause injury to one or more soldiers in the lower leg area. With an injured soldier, the unit would be slowed down until the injured soldier could be removed from the area.

Wet going - A Marine keeps a battery pack dry as he wades through a muddy hole while on a search mission.

Marines riding atop an M-48 tank, covering their ears, April 3, 1968. The M48s saw extensive action during the Vietnam War. Over 600 Pattons would be deployed with US Forces during the war.

Operation "Oregon," a search and destroy mission conducted by infantry platoon of Troop B. An infantryman is lowered into a tunnel by members of the reconnaissance platoon, April 24, 1967.

Operation "Yellowstone" Vietnam. Following a hard day, a few members of Company A gather around a guitar and play a few songs, January 18, 1968. Operation Yellowstone: the 25th Infantry Division operation in War Zone C (Tay Ninh Province) that claimed 1,254 known enemy casualties. It proved again that War Zone C was still being used as a major VC logistical base.

A Marine from 1st Battalion, 3rd Marines, moves a Viet Cong suspect to the rear during a search and clear operation held by the battalion 15 miles west of Da Nang Air Base.

Vietnamese Peasants suspected of being communists under detention of U.S. army.

A well produced documentary type film that consists of letters that were written by soldiers. Read by renowned actors, the letters provide a different slant to the war then what was presented to the American public via the news media. These letters reveal the human story behind the headlines.

Woven in to the background is music from the 60's, reminding us all the more how real the letters are.

This reviewer, who was a 5 year old boy living in Saigon in 1972 writes, "I have watched, read a lot about this war from many different perspectives, but nothing has come close to truthfully provide personal experiences, heartfelt losses, and devastated destructions this war has caused as this documentary movie does."

Vietnam War - Controversy on all Sides

The Vietnam war was filled with controversy. Did we do the right thing by getting involved in the Second Indochinese War? That question is still asked, still debated, and still there is no answer that makes sense. What would the outcome have been if we had chosen to remain "neutral"?

Our soldiers were not prepared for the guerrilla warfare techniques used by the North Vietnamese. And the American people were no longer willing to tolerate the cost of the war.

Thanks to Meutia Chaerani - Indradi Soemardjan for making this photo available for use. This work is licensed under a Creative Commons Attribution-Share Alike 3.0 Unported License.

The sculpture depicts three women, one caring for a soldier. The monument honors the 265,500 American women who served in the military at locations around the world during the time of the Vietnam war.

This work is licensed under a Creative Commons Attribution-Share Alike 3.0 Unported License

Now you can get

1. To The Colors US Navy Band

3. Man Behind the Gun US Marine Band

4. American Pageant (America, Yankee Doodle, Battle Hymn of the Republic, Dixie, America the Beautiful, Columbia the Gem of the Ocean) US Air Force Band of Flight

7. Here's to America US Army Band

8. Eternal Father, Strong to Save (The U.S. Navy Hymn) US Navy and Sea Chanters Chorus

12. Taps (with Orchestration) US Marine Band 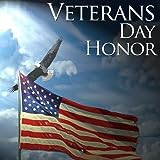 Burrows was the only photographer allowed to take the doors off a fighter-bomber so he could lean out to snap some of his most extraordinary images of the Vietnam War. When other photojournalists objected because they were denied the same favor, the Vietnamese army told them, "Mr. Burrows's request was granted not because he is a photographer but because he is an artist."

In the heat of battle, in the devastated countryside, among troops and civilians equally hurt by the

savagery of war, Larry Burrows photographed the conflict in Vietnam from 1962, the earliest days of American involvement, until 1971, when he died in a helicopter shot down on the Vietnam–Laos border. His images, published in Life magazine, brought the war home, scorching the consciousness of the public and inspiring much of the anti-war sentiment that convulsed American society in the 1960s.

During the Vietnam War

This video shows a Marine truck convoy that was ambushed in Vietnam war. You also see clips of American troops as they fight to keep supply lines open, a roundup of prisoners that includes women, and the helicopters that pick up prisoners.

This lens was also awarded a Purple Star.

During my research, I came across numerous sites that are worth mentioning. If you want more information about the Vietnam War, please check out this list.

More Pictures from the Vietnam War

Do you have any opinions on the political aspect of the war or general comments? Please share them. I would love to know what you are thinking.

What are your thoughts on the Vietnam War?