Why Mermaids are a Serious Issue

Are Mermaid Myths And Legends, A Censored History Of Women?

There was once a blog called "Mermaids are a Serious Issue", that made fun of the mermaid myth. And why not? After all, what most people may know about mermaids is what they have seen in the Disney films

The Little Mermaid and Splash.

Or for those who are better educated. They might be taught at school that the origins of the mermaid myth come from drunken or ignorant sailors in the past, who have mistaken sea cows for women in fish tails. So in the light of this scant knowledge, the whole mermaid myth is open to ridicule.

Yet to me, mermaids are a serious issue, because in my research I have found that the mermaid legend conceals a hidden and censored history of women. I believe that mermaids were simply women divers like the Ama and Haenyo divers of Japan and Korea. At one time there were female breath-holding divers all over the world, who foraged underwater for marine food like seaweed, molluscs and crustaceans.

It seems that in these traditional communities, the reason why women were the divers is because women have more subcutaneous fat around their bodies. This allows women to keep warmer in the water than what men do. If that is the case why are we not reading about this in our history books?

The reason it seems is that in the Ama and Haenyo communities in the recent past, women were the main breadwinners. While the women were diving, the men stayed at home and looked after the house and children. Unfortunately, patriarchal religions like Christianity, Islam and the philosophical system of Confucianism totally disagreed with this way of life. These patriarchal institutions were very clear that men should be the main breadwinner and not women

The Persecution Of The Witches

For this reason, many of the mermaids in Europe were killed in the Witch hunts of the middle ages, while in China female breath holding divers were completely banned.

Not only this, as these patriarchal religions and philosophies controlled the academic world at that time, they were able to write mermaids out of history. As the result we only know about mermaids today from the myth and legends, and the survival of Ama and Haenyo divers in Japan and Korea

Even modern science has problems with the mermaid legend as we see in the Aquatic Ape Theory. The official scientific theory of how we evolved from apes to humans is the "Killer Ape Theory". In this theory, our ape ancestor came out of the trees and lived on the African Savannah. In this very challenging environment it became a killer ape, hunting and killing animals to survive. Then through being a hunter, man learn to walk upright, lose his hair, learn to speak and developed a much larger brain. This theory was invented by male scientists who saw it all from a purely masculine point of view

Then a feminist, Elaine Morgan in her book, "The Decent of Women", challenged this view and asked the question. "While men were busy hunting what were women doing? How were they able to feed and care for their children on an open Savannah?"

After all, an ape is not a fast runner, compared with most animals living on the African plains, and normally climbs the nearest tree when chased by a predator. So how would a female ape carrying her young, escape predators, in an environment where there are few trees? All she got was a deafening silence from male scientific establishment, who never considered this.

Elaine Morgan preferred another theory about human evolution called the Aquatic Ape Theory which far better explained why humans could walk upright, lost their hair, could speak and had far larger brains than any other ape. In this theory, our ape ancestors also come down from the trees but found a safe environment on the seashore

This is because when approached by predators these apes could run into the sea. They also found on the beach, easy to obtain food like, shellfish, seaweed, crustaceans and even fish trapped in tidal pools. Over evolutionary time, they began to forage in the shallows for food, then duck their heads below the water, and finally learnt how to swim underwater.

Wading in the water to forage for food, taught humans how to walk upright. Hair doesn't keep an ape warm in the water so it lost its fur.

While at the same time gained subcutaneous fat like the blubber in marine animals that insulates them in water.

Marine animals have far larger brains than land animals because they eat brain food which is omega-3 fatty acids and iodine. This is abundant in the marine food but in short supply on land, and this is the food our aquatic ape ancestors would be eating. Even speaking has to do with conscious breath control which our aquatic ape ancestors had to learn to do, when swimming underwater.

This then is why we are so different from any other ape. But unfortunately in this theory the staring role of human evolution wasn't given to men.

In fact if we take mermaids seriously, then it seems that women played a more important role in our evolution than men. So for this reason male chauvinist scientists rejected it.

The problem is that if we believe we did evolve from killer apes, then this justifies violence, wars, genocide and aggression. It suggests we cannot stop wars or stop people using brutal force, because this is how we evolved. It also justifies patriarchy because according to the killer ape theory it was violent men who were the driving force in our evolution.

But if on the other hand we were to accept the Aquatic Ape Theory and the history of Mermaids, then it suggests we are not naturally violent and we do not have to go to war to settle our differences. Also it is not inevitable that men will always rule our world.

You can read more about my mermaid theory as well as the Aquatic Ape theory in my blog. As well as my mermaid video on Youtube

Part One of a seven part series

The Decent Of Women 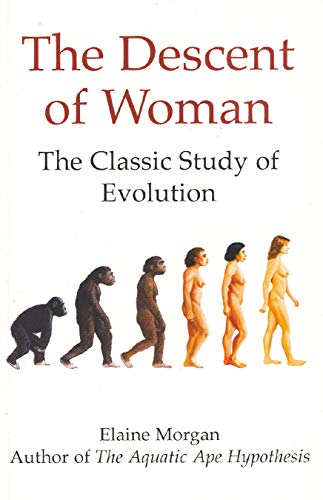 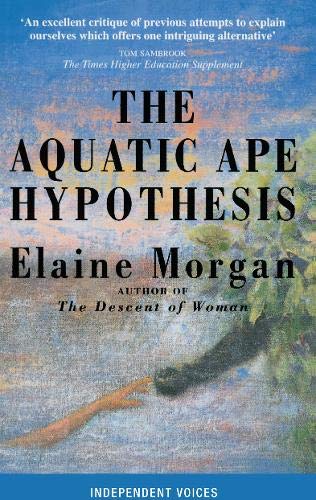