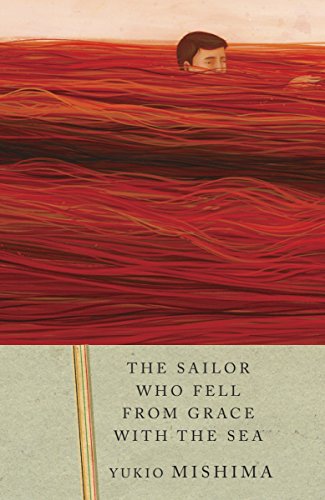 The Sailor Who Fell from Grace with the Sea
Buy Now

Yukio Mishima, was a Japanese novelist and playwright. Born Kimitake Hiraoka in Tokyo, Japan, January 14, 1925. Mishima is the most widely read author in Japanese literature. His intensely romantic heroes, obsessed with unattainable ideals that make any sort of ordinary life or happiness impossible, reflect Mishima's own life and character. His major work is the tetralogy The Sea of Fertility, consisting of Spring Snow (1968), The Runaway Horse (1969), The Temple of the Dawn (1970), and The Angels: Five Signs of Decay (1971). Mishima studied at Tokyo University.

While there, in his first year, he published a collection of short stories, The Forest in Bloom (1944). After graduating, Mishima entered the ministry of finance but left in less than a year to devote himself exclusively to writing. In his later years he embraced the austere, militaristic code of the Japanese warrior, even forming his own paramilitary organization, the Shield Group. In protest against the ever increasing democratic tendencies of post-World War II Japan, he committed ritualistic suicide in the traditional Japanese style. His other works include The Temple of the Golden Pavilion (1956) and The Sailor Who Fell from Grace with the Sea (1963).