How to Stop Husband Flirting With Other Women

Gary likes talking about personal issues. He draws on a lifetime of experience in doing so.

I have two recommendations for you. If you want to stop women flirting you need to ask your husband to give the ladies a clear message that he is married and that he cannot ruin his relationship with you. If he is flirting at work, there is not much that you can do, and usually those relationships at work are simply that, relationships at work. They usually don't go past that stage.

You could always spy on your husband at work if the concern is that great. You can have friends on the inside, you can hire a private detective, or you can just go observe your husband as he gets off work.

But if the flirting is at parties or at home, you can ask your husband if he would approve of your flirting with other men. Find out how serious he is about your marriage! You need to speak with him, and as the song says, be his only dream. You both have to try more romance.

Keep in mind that I am writing this as a husband who has been married 34 years. I am no doctor Phil. If these answers are not informaton you can work with I suggest you see a professional marriage counselor.

Men who are out of control sexually would be helped if they could confront the stress that is driving their behavior. Counselling makes sense in those situations.

Improve Your Appearance to Minimize the Damage of Flirting

Of course most women know that improving one's appearance can help a man stop flirting. While many women fight this notion, saying that the husband should love the inner woman, that does not always work for all men. So the result, as you can see, is a large desire on the part of many women to be fashionable, to wear jewelry, etc.You may even decide to consider more interesting intimate apparel!

While it can ruin a marriage to spend your way to glamor, and that truth should not be taken lightly, a moderate effort at improving one's looks can go a long way to make your relationship more interesting. I urge you to take the time to read the information.

Makeover Ideas to Spice Up a Relationship 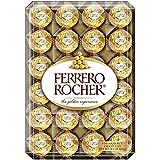 Dealing with a Broken Relationship? Please Give This Artist a Listen.

Make Your Own Christmas Gifts