3 Attitudes guys Have to get Girls Attention

Since the dawn of time, men have been trying to impress woman. They have tried every under the sun, and above the sun as well, from trying to conquer the world to pretending to be a sage. I do not think that there is any idea that is too crazy for a man who wants a woman's attention. A woman's love is as addictive as heroin, we need it! There is not cure, sure you can lock it way, hide it, or run from it; but there is no escaping the fact that we, as men like to try to impress woman to try an get their affection and undivided attention.The three most common ways that I see it happening are as follows: The loud, confident, independent guy; The strong, silent type; and the bad boy who needs to be "fixed". Lets see how they fill each of these roles in a bit more in depth.

The loud, show off guy

The first fellow under scrutiny on our list is the loud, show off guy. This guy has a collage of different traits ranging form the bad boy syndrome to jerkitis. You can see this guy doing stupid stunts, yelling crazy things, and pulling off daring endeavors all in a crusade to garner your affection. He is the fellow who pretends that he is the end all be all and doesn't care, but this is just a ploy to get a girl to think he is less interested than she is, so in his strategy she will be more interested. He will try to be the man's man and throw around his overconfidence any chance he gets. He believes that if he shows off enough and is loud about it, girls will flock to him like he is the big cheese. Watch out for this guy, he is an attention whore, and is rarely the man he claims to be. Granted, this may be his true self, but most of the time he is a completely different person. He is only like this when he is fanning his peacock feathers.

This guy is a real charmer, He is quiet, reserved, and maybe even mysterious. For reason women love this type, maybe because they are curious creatures or the "fixers" sense he needs to be rescued from a dark strange pass. Whatever the cause, this type of guy is a hit with the ladies. So who is this guy and what is his game? Well, I have a few friends that play this card, and they do just the opposite of the dude mentioned above. Instead of jumping in your face showing you how great they are, they sit back give a certain gaze and reel the ladies in with that mysterious persona. Once, in conversation they still are reserved and may even let the girls do all the talking.I have noticed these guys fall into two groups the first I call the "I have better things to do than talk with girls" group and they usually have their own agenda, and if you work into the equation great, if not well better luck next time girly. This is how they get you they bait you, then leave you wanting more. The other group I just call the "shy & quiet" group. These guys are confident and good to go, and they figure they are good looking they know they are a catch so they just let you do all the work. Don't let them fool you they are interested and want you, just (unlike other suiters) they can tell when you are interested too.

This is defiantly the most notorious group for which guys are known for. These are the guys that are rebels and rule breakers, they seem to have a problem with authority or just problems in general, maybe because they like to create them. Like the others, they have some magical power to have women react to them like a magnet reacts to metal. Maybe girls just look at them and think "woooo, he's dark, and kinda scary, my parents are gonna hate him!". Who knows, all I know is that this class of attitude is the most guys strive for. These guys seem like they really do have their own agenda, and you are only a temporary foot note on it. Yes, go party with them for a while have some fun, but they are not keeping material. NO! don't even try to change them. Ladies don't you know a man stops learning after potty training and these blokes barely passed that course. They incorporate the other two attitudes because sometimes they will do some crazy act to acquire attention or they may sit back and be quiet and have the ladies begging to throw them on the couch for a dr. Phil moment. Either way it rarely ends well if the girls are looking at him for the long term relationship. Oh, they will try to impress by rebelling or trying to assert their independence from everything and everyone. They usually with succeed, so heed my words of caution ladies, these guys are for rental purposes only. A girl friend once told me that have a relationship with them are like chasing a pot of gold at the end of the rainbow, you are always going after it, yet it doesn't even exist.

These attitudes seem to be the most prevalent in my view, but there are many, many others out there. I am sure there are things that guys are trying to get girls in ways that even amaze harry Houdini. Now, not all guys are trying to seize a corner market for getting the attention of the ladies... Ok, that's a lie, we just are not as good at it as the pros. 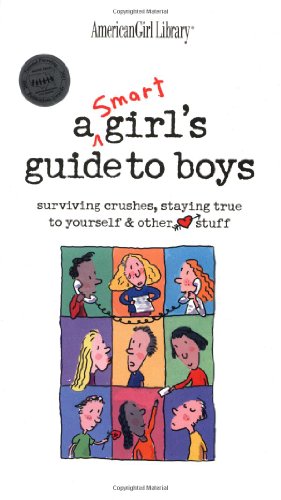