How to be a good Housewife?

Wifely virtues are described in Tulasi Ramayana (Sri Ramacharitamanasa) Aranya Kanda verse 4 as advice given to Sita by Sage Atri’s wife Ansuya. As per the verse, ‘Devotion of body, speech and mind to her lord’s (husband’s) feet is the only duty, sacred vow and penance of a woman’. The 6 Noble Virtues a housewife should have are summed up in the verses (from Neetisaram or Neeti Saara or Niti Shastra) given below. 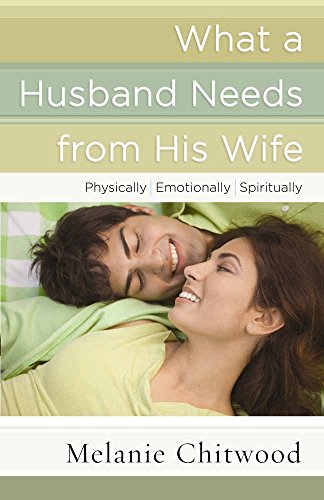 What a Husband Needs from His Wife: *Physically *Emotionally *Spiritually
Buy Now

How to Be the Almost Perfect Wife: By Husbands Who Know
Buy Now

Being a Good House Wife

Neeti Saara is a very popular collection of morals written by Telugu Poet Baddena aka Bhadra Bhupala who lived during the 13th century. Since this was written by an Indian keeping in mind the Hindu culture, it outlines the qualities an Indian bride should have.

4) Shayaneshu Ramba : Pleases in bed like the heavenly beauty Rambha

7) Shat dharma yuktah: woman who has this six virtues

8) Kula dharma Patni : good housewife (a married woman who is not employed outside the home)

In short, a good housewife should

As per the last line of the shloka, a woman should have all the above said qualities to be an ideal house wife. It also means that the absence of even one quality makes a woman a failure as a good wife. Anyone hearing these verses on Patni dharma (virtues of wife) would know that it is from a man. As per the writer, being a wife is like a round the clock service to the family. This age old concept of how the wife should be has entered the mind set of even modern men and woman because of such a shloka. I might be ignorant here but I don’t think the writer thought of writing about 6 Noble virtues of an Ideal Husband necessary. Correct me if I am wrong. Is there a similar verse describing the qualities of an ideal husband? I doubt! However, the Hindu Dharma also has references about husband and wife relationship as ‘saha dharma chariNam’ which means sharing of dharma equally. It is also said that the results or fruits of the chores would be shared equally. As per Manu, ‘where women are honored, the Gods are pleased; where they are not honored, all work becomes fruitless’.

In this 21st Century, the role of a wife has completely changed from what existed in the 1950s. The Modern Woman comes across as a strong, independent and powerful individual who manages both home and office. Still her contribution and role in one’s life and family is often taken for granted. Her efforts are neither acknowledged nor appreciated. Thanks to the typical Indian male mindset. Even though the qualities outlined in Neetisaaram are for that of a housewife (a wife who stay at home), it is seen that most Indian Males expect their wives to fulfill the role even if she is a working woman. I know a couple who works in a Bank. Both the Husband and Wife go to the Bank together and come back together. But the wife does all the work before going to bank and does all the work after coming back from work also with no help from husband at all because according to him running the household is her responsibility. No matter how free, progressive, educated and successful a woman is, most Indian men see the household chores as a responsibility of a woman.

In this modern age, how far this six desirable characteristics or traits of an ideal wife are possible? No wonder, woman like me find some of these verses Male chauvinistic and patronizing. I find the expectation of perfection (Goddess Lakshmi in Beauty and Rambha in Bed) from woman degrading. Do these traits apply for women in this 21st century? A marriage is supposed to be an equal partnership between the Husband and Wife. Having said this I also agree that woman should thrive to achieve this 6 fold role to have a happy and successful marriage. I am a firm believer of ‘Treat your Husband exactly the same way you want yourself to be treated’. What you give is what you get in return. Give love, respect and care to your Partner and you are sure to get it back from him. Even Niti Saara has a similar verse, 'Do not do unto others what one would not like others to do unto oneself'.