A Spark of Faith, Hope and Love : 2nd Part

A SPARK OF FAITH

“It was a rainy work shift in Ortigas. The raindrops came slowly, dropping lightly at first, and then without a warning, they came crashing on the streets where I was walking. And yes, I was the most unfortunate working girl alive in Ortigas because the gushing torrent of rain got me all soaked-up. If I only knew it would rained that hard, I could have brought my umbrella.

As soon as I stepped inside our office building, I immediately saw HIM smiling at me. How would a pretty girl respond to that? Of course, I smiled back – more sweetly than what he did. Just to be clear, we were not in a Close-Up Toothpaste Commercial – but it actually felt like that, AND for real. I almost lose sight of my good friend Dang (an officemate in Emerson), who was walking with him. Dang jokingly scolded me. “Hey! You didn’t take a bath in your place! You took a bath in the rain again!” (Hoy, hindi ka na naman naligo sa inyo. Naligo ka na naman sa ulan!)

EUREKA! Braving a storm had three benefits: I was able to see him, I saw him smiling at me and most importantly, I was able to know that he is a friend of my friend Dang. Let me now correct myself. At that moment, I was the complete opposite of what I initially thought as “the most unfortunate working girl”. Instead, I was the lucky one - and because of that exhilarating encounter, I could have went back outside, soaked myself again in the rain while tip-toeing (not tap-dancing) to the melodic tune of, “Singing in the Rain”. Surely, just like the song’s lyrics, “…what a glorious feeling. I am happy again!”

Joyous screams and eager conversations started to fill the air…

“Dang, you knew him! You knew that guy!”, Rossel exclaimed merrily.

“Of course, he was a batchmate from our orientation”, Dang quickly responded.

Even before Rossel mentioned another word, Dang already felt what Rossel would like to ask of her. She immediately cut her out by describing her colleague.

“I also like him, Rossel but he is scared of girls. For the record, he, Nat Rupera doesn’t have any girlfriend yet. He looks well-off, a graduate of Mapua and is fond of collecting matchbox cars. He shared those during our orientation.”

“Please Dang, introduce me to him”, Rossel requested. She paused in the mid-air of the conversation and then proceeded, “Do not mention that I have a crush on him. You can just say that you know a girl who he can go out on a date with.”

“I will try my best, Rossel”, Dang replied hesitatingly..

BOLD AND BRAVE. Rossel is the epitome of the definitions of these words. Her daring and gutsy persona coupled with cheerful optimism are her great qualities that stand her out in a crowd. Being bold and brave as a woman should neither contradict our femininity nor box us into the labels that our culture has to say. Remember, I am NOT talking about the uncompromisables here. Ordinary women who like to enclose themselves into rigid gender roles and expectations on dating and relationships such as: the guys should be the ones who would initiate the texts, dates and hanging out or that a girl should always play a “hard-to-get” before she even says “yes” to a man asking her out on a date. I think this is just one of the many schools of thought on dating, but this is NOT the only one. Why would all these role expectations or distinctions from the society keep you away to befriend a man? These “boxed gender identities” actually hinder anyone to get to know a person in friendship and who knows, along the way – there is a path towards romance. But then again, how will you be able to discern that unless you try to mark your first step on getting to know the person?

Rossel was actually breaking stereotypes and that as a woman, what is more expected of us is not to passively wait until our Mr. Right comes knocking on our doorstep (how can that be possible if in the first place, he doesn’t know you even existed?) but rather, women must be emotionally honest because things get clearer and simpler for the people involved. And yes, at this point – things did not get easier but opportunities kept flowing as the days went by.

A SPARK OF HOPE

Rossel: Have you sent him an email?

Dang: Yes. I have sent him one already.

Rossel: Any reply yet?

Rossel: Can I get his mobile number?

Dang: He won’t reply to you.

Dang: Here it is. Do you really think he would reply?

Rossel: I’ll add him on Friendster.

Dang: Good luck on that.

Dang: Did he accept?

Dang: Wow! Did you send him a message?

Rossel: I hope he finds this amusing. Hmmm..

Dang: What did he say?

“I grew tired and decided to take some rest after those attempts. I was really praying that his actions were not his answer. There were also guys who were competing for my attention but doesn’t actually equal to my interest in him but somehow, I think the time is not yet right for the two of us”, Rossel recalled heartily.

Rossel had a boyfriend at that time she met Nat Rupera, but their relationship was going sour. It seems that the Olongapo guy she was in a relationship with made her feel more alone than loved as days went by.

She told me she went to Olongapo on her birthday. As the birthday celebrant, she is always expectant of the special things or moments that will happen on her birthday. She visited her boyfriend but he attended her just like that day is an ordinary one. Somehow, in the deep recesses of herself, she wanted to feel special on her Nathal Day but wasn’t able to feel it at that instance.

“A few more hours to go before my special day ended, I thought of texting Nat. Perhaps, he would answer me back. You’ll never know”, Rossel shared.

I readily received a message that read, “Alam ko.”

I couldn’t help but smile after receiving an unexpected message for a person who has long been ignoring all my messages. I managed to crack a joke to keep our conversation going.

“I bet, you are always looking at my Friendster picture.”, I smilingly replied back.

This was when we started to talk to each other. Truly, my spark of hope did not put me in vain. And finally, he decided to meet me. As old-fashioned as he is, he wanted it to be a group date. I sulked in the idea that it would be NOT just the two of us but with the company of our friends. Anyhow, I am still blessed that I would be able to meet him again, in person.” Rossel added.

The day when they can see each other face-to-face has finally come. She placed much effort to prepare for that day because it could make or break their path to romance. She set her hair the night before so she could have easy curls when she woke up. Rossel even managed to schedule herself for a body scrub just so she can confidently meet her Nathaniel. A few more hours left before meeting him, she accidentally slipped in the bathroom floor – messing up all that she has prepared for!

“I was surprised then, that I needed to go to the bathroom and wash myself up. I was expecting a towel-dry would be enough. On my way there, I slid on the bathroom floor! It messed up my make-up and my hair lost its curls. I could not find any more time but to tidy up myself and hurried to our date. I do not want to create a negative impression on our first meet-up…

“…but you know what, I am glad that it happened because Nathaniel doesn’t like women who are totally made up. He wants a woman who looks natural and zero to less make-up on. Well, I am the type of a woman who would always put my best foot forward especially on these personal meetings. Looking back, I am glad that I tripped, lost my curls, wiped off my make-up and headed on to meet him because if it didn’t happen – I don’t think he would ever be interested in me”, Rossel grinningly recalled.

Before this special day, Rossel and Nathaniel only managed to chat online even if they were just in one building. This made Rossel’s feelings grew fonder of Nathaniel. She didn’t have much idea about him or what he was really like in person. Since that was a group date, she managed to set rules to all her friends who would be with them on their first meet-up.

Rossel: I will invite him to watch a movie.

Friends: Okay, that would be nice.

Rossel: I will also invite you but just for a show. Don’t you dare come with us!

Rossel: Of course, that would be my “alone-time” with him.

Friends: (bursting into laughter) Whatever you say, Rossel. We’re with you.

As funny and as planned as it seems, it happened just like that. The plan took off very well. The two strangers before, now as an acquaintance watched a horrifying movie, “The Grudge” side by side.

“At that time, he was so stiff. I could clearly validate what my friend Dang mentioned to me that he seemed to be really scared of women. I almost hugged him in terror of what we were watching but he barely responded to me.” Rossel laughingly remembered.

“He accompanied me on my way home. Ever since, he is a gentleman and without a doubt, an old-fashioned lad. I was praying that somehow, he found me interesting or better yet, considered me as a potential girlfriend. I could clearly remember our conversations then.”

Rossel: Here’s my place. So I guess, this is goodbye.

Nat: Can we do this again?

Rossel: Of course! That is why I allowed you to lead me home so you know where I live.

A Music that Warms Your Heart... 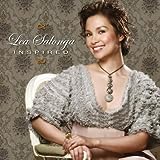 Get Serenaded with These Guys... 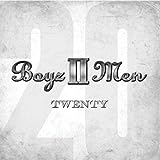