Brazilian women have a lot of similarities to Colombian women. The difference is that the Colombian women speak Spanish and the Brazilian women speak Portuguese. These gorgeous women of Brazil are well educated, spontaneous, sensual, and ready to have a good time. Brazilian women are more obsessed with their physical condition and health than other women. They workout and are very conscious of living healthy. Athletics plays a more dominate role in their lives because of their desire to stay in good shape. They particularly gravitate to beach sports since they have a warm climate and miles and miles of beautiful beaches. A great deal of the major cities of Brazil are on the coast, so the women of Brazil are very beach oriented.

The affinity to beach sports is evident when one visits the beaches in Rio de Janeiro. The beaches are littered with people playing beach volleyball. Womens beach volleyball has become a very big sport in Brazil. Women are also actively participating in foot volley and Roda de Bola on the beach. Foot volley is a version of volleyball where one uses his or her feet and head to move the ball around. Roda de Bola is a game played in a circle where one can pass the ball using one's head, feet, and shoulders, but not one's hands or arms. I am including a video of a Red Bull sponsored Roda de Bola womens competition on a beach in Rio de Janeiro.

This is a video in Portuguese, but that does not make any difference.

Below are some more pictures of some Brazilian women athletes.

Like some other Latin countries, the Brazilian population is a combination of the Indigenous Indians, Europeans, and Africans. There has always been a lot of intermarriage and inter sexual relationships. The result is a very attractive population. The women especially benefit from this combination of races. This multi-cultural society is obsessed with partying and dancing. This is reflected in the world famous Carnaval in Rio de Janeiro, where the women play a major role in the festivities. The women go to great lengths to decorate themselves for the Carnaval. The costumes are just awesome. Some women dance in the street naked with costumes only painted on their bodies, and many of the other costumes don't sufficiently cover a woman's body.

The women of Brazil are renown for being beautiful and un-inhibited. The Brazilian society is so different from that in the United States. It is more free and the people love music and they love to dance. So if one would like to spend time with a Brazilian woman, he had better plan on learning some of the local dances. The women don't care about your dancing proficiency, only that you participate.

The women, like the men in Brazil, are very open minded and accepting. The color of ones skin is of little importance to them. The quality of the person is much more important. I believe that this is a result of generations of intermarrying between the races. As I learned in biology a hybrid is always superior to a purebred. I personally have known many Latin women from the Dominican Republic, to Colombia, to Brazil, and I can vouch for the fact that the combination of the African, Indian, and European races produces a woman that is very beautiful. They have beautiful skin that seems to resist aging. They are darker complected with big dreamy dark eyes and big beautiful white smiles. And best of all they are fun loving and positive.

Another thing that sets these women apart from American and European women, is that they come from relatively poor backgrounds. They are usually hard workers and they appreciate what they have. They value a good husband and they work very hard to please. 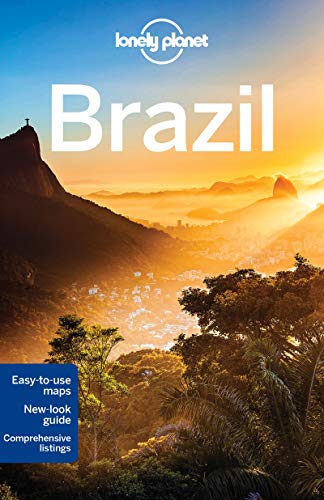