How to Trust Again After Being Betrayed

Having missed out on involved grandparents, the author urges older folks to seize their chance to positively impact their grandchild's life.

Who Can I Trust?

Kerri, 46, starts to tear up when recalling how her mother breached her trust 23 years ago. At the time, Kerri was a shy, sensitive young woman battling low self-esteem. When she decided to have breast augmentation, she confided in her mother but asked her to keep it private. But Kerri's mom immediately turned around and blabbed the news to a man she had just started dating. Kerri, shaken by the betrayal, wondered: If I can't trust my mother, who can I trust?

Is This Person Worthy of Trusting Again?

When we hear that someone has breached trust in a relationship, we typically envision a man who has done something dramatic such as having an affair, gambling, or seeing prostitutes. However, destroying trust is often accomplished in less spectacular ways – slowly over time as someone becomes less open, honest, giving, loving, communicative, or sexual. It's not always done by a romantic partner. Anyone in our lives can destroy trust including friends, business associates, and even family members as was the case with Kerri.

If you're the one who has broken trust – whether by suddenly having a one-time affair or gradually pulling away – you have caused damage and must work hard to repair it. If you're the one betrayed, you have a difficult decision to make: Is this person worthy of trusting again? In the end, whether you're the one who broke the trust or the one who got hurt, your reward could be a relationship that's better than it ever was if you're willing to put in the time and effort.

Being in a Relationship Without Trust Makes Us Self-Protective

If you're the offender, you may want to rebuild trust instantly. Forget it! Fill up your tank. Buckle your seat belt and get ready for a long ride with no shortcuts. Remember you're the guilty party and, therefore, must show patience, humility, dependability, perseverance, and commitment. Your actions must become transparent: you are where you say you are, you phone when you say you'll phone, you do what you promise to do.

When results don't come fast enough, you may want to give up – frustrated that you're not being forgiven. You may start to wonder if the two of you will ever get back to what you once had. Hang in there! It may take weeks, months, and even years before trust is fully restored. You can't rush it. You're on your partner's timeline now, not your own.

When you've shown over time that you're honest and faithful, she'll finally let down her guard and feel safe with you once again. Just keep in mind she's an injured bird – frail and vulnerable – and doesn't want to get hurt again. You've done great damage to her self-concept, and it will take time and effort to bolster it back up to where it once was.

Cautionary note: There are instances when a person uses their victim status as a way to hold you at arm's length. There's nothing you can say or do that improves the situation because she's consciously or subconsciously embracing the martyr role. You're stuck in the bad guy role no matter what you do to shake it. When this happens, you'll probably need to move on from the relationship because it's not going to change. There's too much insecurity on her part for the union to succeed.

There Are No Shortcuts to Rebuilding Trust

Acknowledge Your Wrongdoing and Say You're Sorry

In order to start the process of healing and rebuilding, you must acknowledge your failure and say you're sorry...again and again. Saying sorry once isn't enough. Admit the pain you caused. Tell her that you know she's scared. Hold her tight. Convince her you'll get through this tough patch together.

Some people would rather get hit by a speeding locomotive than admit their mistakes and apologize. Admitting they're wrong is a blow to their ego – a sign of weakness. In truth, however, it shows strength of character and a willingness to change. Giving a sincere “I'm sorry” is crucial to the healing process. Here are some tips for making an apology that will help you move forward:

Cautionary note: A bad apology makes things even worse. After betraying Kerri's trust, her mother attempted a half-baked apology by saying, “I'm sorry you were hurt by what I did.” Fail! Her apology was not an apology at all. Her mother took no responsibility for her wrongdoing but simply shifted the blame to Kerri as if to say: “If you're weren't so sensitive about the whole thing, there would be no problem at all.”

According to Dr. Laura Schlessinger, a radio talk show host who gives advice on relationships, the Four R's need to happen before forgiveness takes place. They are: 1) Responsibility The person acknowledges what they've done. 2) Remorse The person hurts for the pain they've caused. 3) Repair The person takes actions to make it better and 4) Repetition The person takes steps to make sure it doesn't happen again. 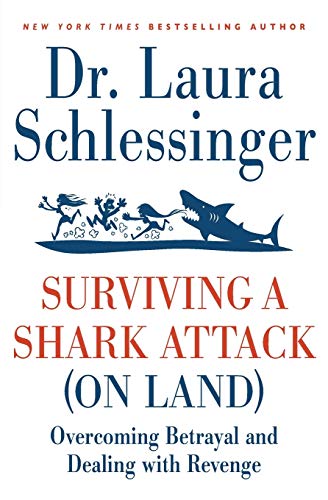 Three years ago, a long-time friend of mine betrayed my trust and placed me in a dangerous situation. I waited and waited for an apology to arrive (along with an enormous bouquet of flowers), but it didn't. In fact, I never heard from her again, leaving me feeling used, dismissed, and unlovable. I became cynical and suspicious of others, isolating myself in my home. Dr. Laura's book was the only thing that helped me return to normal. Because she talks about her own experience with betrayal, I realized I wasn't alone. We all deal with this at one time or another. I had just been fortunate enough that I hadn't met with it until I was middle-aged. This book gave me perspective and courage to get back into life – a little wounded, yes, but stronger and wiser.

While possible to build trust in a relationship again, it's not an easy task. It takes time, effort, and commitment but, in the end, you can wind up with a connection that's better and stronger than it ever was. Unfortunately, in Kerri's situation, her mother could never muster a sincere apology – could never accept how much hurt she caused – so the mother-daughter relationship limped along, reduced to shallow chit-chat and superficial pleasantries. Kerri never confided in her mom again. Her mother's betrayal was never as harmful to their relationship as was her unwillingness to admit her wrongdoing. We all make mistakes – both big and small – but it takes a true hero to admit to her shortcomings, swallow her pride, and right a wrong. Yet, this is crucial to start the healing process.

Why do you think it's so hard for people to say they're sorry?