Are marriage and civil unions different?

Yes, their recognition and status in the United States is not equal.

As more states are legalizing gay marriage and the discussion about gay marriage continues, many wonder why there is so much controversy.

Would gay couples be happy with getting civil union recognition, thus keeping marriage available only for heterosexual couples and preserving it in its current form?

The short answer is “no.”

Separate But Not Equal

To understand why civil unions and marriage are different, think back to the days just a few decades ago when there was segregation and “separate but equal laws.”

What were the problems with these laws? Why did people like Martin Luther King, Jr. march on Washington for equality?

Because while blacks and whites were separate, they were anything but equal. Blacks endured sub par facilities, pay and treatement.

The idea of having a separate but equal laws for gay marriage vs. heterosexual marriage offers many of the same problems.

The rights that are recognized within Civil Unions vs. Marriage are vastly different.

When do you think gay marriage will be allowed in the U.S.?

**Update: As laws are getting passed, full marriage is replacing Civil Unions.

In their current form, civil unions are only recognized by the states where they occur. They have no federal recognition. Heterosexual couples, on the other hand, may get married in any state and have that marriage recognized in any other state.

Among these states. Colorado, Hawaii and Illinois have specific laws defining marriage as between one man and one woman.

States Where Civil Unions For Gay Couples Are Recognized 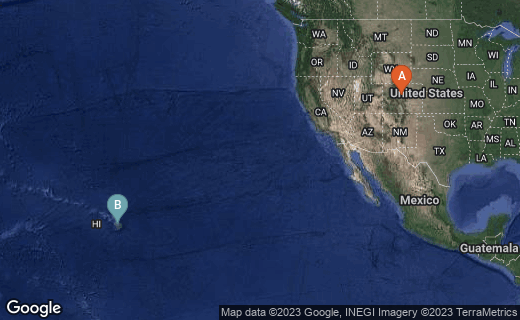 While currently the rights of those entering into gay marriage are limited to states that recognize that marriage, the potential for equal rights in all the states is there.

There are ten states that allow and recognize gay marriage: 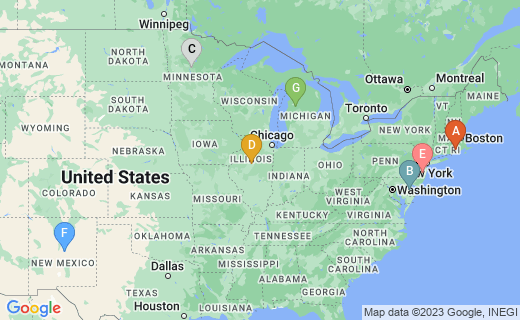 First marriages may take place as early as August 1.

What's In A Name?

What’s the difference between these two? For one, if DOMA (The Defense of Marriage Act) is overturned, then couples that were married rather than entered into a civil union will potentially have all the rights that a married, heterosexual couple has.

Those in civil unions will not automatically get those rights.

The Supreme Court is scheduled to issue a ruling in June or July 2013.

Rights In A Marriage

When a man and woman enter into marriage, they automatically receive over 1,100 Federally recognized rights. These rights include:

Civil unions hold rights only in those states recognizing the civil union.

if the couple in a civil union goes outside of the state that granted the civil union, their rights to property and insurance disappear along with any kind of legal recognition of their marrage status.

Despite what some may believe, homosexuality is not new.

It is a natural variation among many species including humans and at least 1500 other species.

Homosexuality is recorded in some of the earliest written manuscripts from human civilization and recorded in early art as well.

Some cultures, such as Native Americans, have recognized and celebrated people of different orientations for a long time.

Other countries in Europe and Scandinavia are at least a decade ahead of the United States. The Netherlands has recognized gay marriage since 2001.

The United States Is Behind The Times

In the U.S. recognition of the inequality and second-class treatment of the gay community has sparked a noticeable change in public sentiment.

In just three years, according to a poll by ABC, support for gay marriage has gone from 47% to 58%.

Usually public sentiment, ideas and the change that comes with it happen slowly. But in today’s world of social media, Twitter and instant news, ideas spread quickly.

Prominent leaders such as President Obama and Former Secretary of State Hillary Clinton have also recently announced their support of gay marriage.

On June 26, 2013 the Supreme Court ruled that DOMA--The Defense of Marriage Act--was unconstitutional.

The significance of this ruling in regards to gay marriage rights is that the Federal Government will now have to recognize same-sex marriage performed in states that have legalized it.

It does kick the issue of gay marriage back to the states but is another step in the right direction for federal recognition.

With the sting of recognition, many are beginning to see that treatement of any citizens as second class, whether it’s based on their gender, their skin color or who they love is not a legacy that the United States wants to continue.

If DOMA is repealed, it does not mean that the fight for equal rights is over. It just means that there is one less hurdle to cross towards equality.

To Sum It Up

Civil Unions are only recognized in the state where the union was performed. There is no chance of federal recognition of those rights.

Marriage is federally recognized. While gay marriage is not currently recognized, if DOMA is overturned by the Supreme Court in 2013, those marriages have the chance for legal recognition by the federal government, giving gay couples the same rights and protections as married couples.

The ultimate goal is not to call the love and partnership between same-sex couples "civil unions" or even "gay marriage."

One day it will just be called what it truly is: marriage.