I'm a gay woman and advocate for LGBTQ Rights. I attend PRIDE yearly and support LGBTQ youth in activity functions in shared experiences

In 1969, journalist and psychologist Dr. Elisabeth Kübler-Ross published her book On Death and Dying which outlines the five stages of grief that dying patients experience: Denial, anger, bargaining, depression, and acceptance. These stages and explanations are effectively named the Kübler-Ross Model. She was well-known instructor of university classes on this topic of the stages of grief and how its experienced in dying patients.

Twelve years ago, Amy and her brother sat at the edge of their mother's bed. She had been distraused with the thought of her attractions to females and finally got the courage to accept herself and say, "I am lesbian." Her brother smiled as he told her, he already knew.

The process of our telling loved ones that we are LGBTQ is challenging. Although Amy's brother knew she was lesbian, she still needed to tell her parents and friends. We may be scared that if we said something, our loved ones will no longer loved us.

At the same time, Amy came out at about ten years old, her mother passed away. She grieved for a year.

Kübler-Ross Model and the Five Stages of Grief

The Ross Model is simular to the Coming Out process in which Amy went through. The five stages include denial, anger, barganing, depression, and acceptance. Every person's grieving and coming out experiences are varried just as the people on earth; however, there are some commonalities mentioned below.

Elisabeth Kübler-Ross in her book On Death and Dying, says:

“Those who have the strength and the love to sit with a dying patient in the silence that goes beyond words will know that this moment is neither frightening nor painful, but a peaceful cessation of the functioning of the body. Watching a peaceful death of a human being reminds us of a falling star; one of a million lights in a vast sky that flares up for a brief moment”

Amy knew something had been strange ever since childhood. She noticed herself peaking at awefully attractive female students. She even had a crush on her English teacher. Yet, she didn't want to admit it.

A lot of LGBTQ, whether greiving a loved one or coming out go, through denial. This challenge is highly connected to their accepting themselves as LGBTQ first. A lot of times, oppression of their feelings is better than confrontation. Denial is a comfort zone.

During depression, it is not uncommon to isolate oneself from family and friends or to actively avoid discussing the trauma or event. It is a self-protective mechanism by which a problem "ceases to exist" if you don't acknowledge it. Angela Morro

Acceptance of one's feelings is somewhat different than accepting one's identity within those feelings. LGBTQ in their coming out phrase, may fight against themselves because once they acknowledge their feelings, there is something more that keeps them separate from their peers. Fighting against one's feelings is one of many signs as a result of societal pressure to conform.

When someone grieves, their loved one may tell the grieved why are you still crying? The pressure to conform whether by being straight or smiling overnight puts a hardship on the mind and body as a result, these feelings and stressors need expressing.

An LGBTQ acceptance of attraction is the first part, then denial, anger, and sometimes depression. Like a roller coaster, it is natural to go down once we go up.

"Please god. I love my mother. If you bring her back, I will devote my whole life to you everyday. Dear god, don't let me cry like this. I will do anything just show me. I want my loved one back." Amy Jacklyn*

One common way LGBTQ relieve pains of anger and depression is to try and draw a truce with their authority or self: If you make me straight, I will do this. If you bring my loved one back, I will do that.

A lot of LGBTQ go through this while others do not. However, it is natural and another step of accepting one's identity within our attractions. Trying to find that middle ground by feeling that someone else's supports them too, is a human trait.

She was no longer wrestling with the grief, but could sit down with it as a lasting companion and make it a sharer in her thoughts. ~George Eliot

Acceptance is not just about losing a loved one or one's attraction. It is about finding our identities within our loss or attraction. George Eliot brings up a good point that even though we are no longer crying and reacting to our loved one, we are changed and transformed by heart and thought. When an LGBTQ comes out, it is the same. Who one is attracted to is part of the LGBTQ. How they relate to the person mentally, spiritually, and physically, are part of what makes that LGBTQ a human being. How LGBTQ relate to people in general and expressing that identity brings out the person so much he or she can be themselves.

We are all on the path of acceptance in many areas of our lives. Those who lost their loved ones or coming out of the closet are no exception to this rule.

Below are beautiful acceptance stories paraphrased for the privacy of each person.

When I was 16, I found out I was lesbian. To me, coming out was about being true to myself. I didn't like I needed to hide what I felt as if it were wrong. I wasn't comfortable hiding my strong feelings on the subject. Instead, this strength prepared me to face the open world and how it would affect me and those around me.

My mother took three days to talk about it. The conversation didn't work as well as I had hoped. She did say she loved me no matter what but considered it a phrase. So, I couldn't tell my friends nor our family religious organization. I tried not to cry throughout the conversation. When my dad came home, all he did was walk into my room and ask if it was a choice or not. I said no, it wasn't. He nodded, said he loved me, and left me alone.

I knew there was something up that I couldn't put a finger on. For a couple years, I tried to find labels: lesbian, gay, transgender, so have you. I told my brother who knew I was lesbian (when I found the right label). I told my mother who was grateful I won't have kids. I told gay aunt. We smiled and laughed together. I told my father who said I was just "like them"... those guys in those tights running around everywhere as if I was some rag. I went to my first PRIDE Day parade. Then I supported other youth who came out at a LGBTQ support group near me. That's how I found my identity.

What is your Coming Out Story?

On Death and Dying 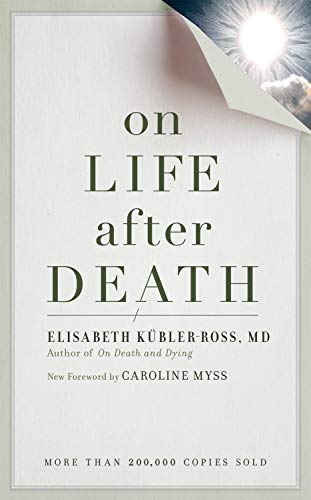