Elin Nordegren Woods - Are Tiger's Public Apologies an Attempt to Protect Her Honor?

Chuck is a part-time writer who lives in Arizona and is always on the lookout for a good story.

Tiger Defends His Wife's Actions in His February 19, 2010 Public Apology

I have a lot to atone for, but there is one issue I really want to discuss. Some people have speculated that Elin somehow hurt or attacked me on Thanksgiving night. It angers me that people would fabricate a story like that. Elin never hit me that night or any other night. There has never been an episode of domestic violence in our marriage, ever. Elin has shown enormous grace and poise throughout this ordeal. Elin deserves praise, not blame. (Source: Transcript: Tiger's Public Statement from Tiger Woods Website)

Questions Raised at the Start

One of the odd things about the Tiger Woods scandal from the start was why did Tiger suddenly drive into a fire hydrant by his home in the early hours of the morning?

Also, why did his wife, Elin Nordegren Woods, supposedly run to his aid from the house with a nine-iron in her hand which she then used to break a rear window of his car?

Then there were Tiger's confusing and somewhat contradictory statements to the police concerning the circumstances of the accident.

Among the flood of news reports that appeared in the days following the accident were some that indicated that, instead of returning from some undisclosed late night excursion and colliding with the fire hydrant by his home, Tiger was actually in the process of fleeing his home when the accident occurred.

Was Tiger Fleeing, Rather than Returning, Home at the Time of the Accident?

In these reports Tiger was running from Elin who was in hot pursuit with the nine-iron in hand and the smashing of his car's rear window was an act of rage rather than an attempt to rescue him from the car.

Apparently not believing the story, Elin waited until Tiger went to bed and then texted Rachael from Tiger's phone pretending she was Tiger. Rachael responded with a text message that apparently confirmed Elin's suspicions that Tiger and Rachael were more than just friends.

Elin supposedly then called Rachael on Tiger's phone and following the call woke Tiger and ordered him out of the house. A fight probably ensued. In addition to Elin's unexplained smashing of the window of Tiger's car with a nine-iron there have also been reports of a gash on Tiger's forehead that apparently was not a result of the car accident.

Upon discovering that one's mate has been unfaithful, the  partner who has been cheated upon more often than not reacts with emotion rather than cool logic.  Hence the nine-iron.

In Elin and Tiger's case there is also that fact that Elin is as much, if not more, protective of her privacy than is Tiger.  While both are very private people, Tiger had both a financial motive in protecting his image as well as, we now know, something very big to cover up.

However, Elin appears to be one of those rare people in the public eye who truly values her and her family's reputation for its own sake.

While using a nine-iron to chase Tiger out of the house following his betrayal was obviously not a smart thing to do and could have resulted in her injuring or even killing him in the heat of passion, it was a reaction that reasonable people, while not condoning, would at least understand.

However, as the Wall Street Journal and Slate have pointed out almost from the start of this whole sordid Tiger Woods affair, we are not talking about reasonable people here. There is the little matter of laws in a number of states, including Florida where the incident took place, that have been enacted more for political correctness than justice.

As Hanna Rosin wrote in a November 30, 2009 post entitled Tiger's Best Reason to Lie on Slate: 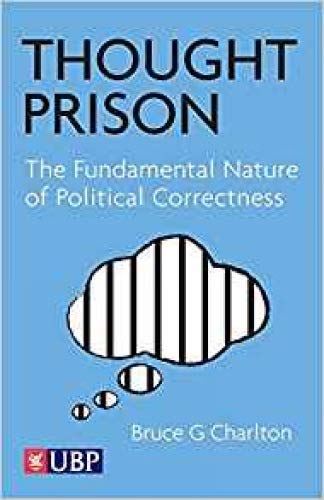 For years, feminist advocates had complained that police treated domestic-violence cases as private family matters and assumed the abused spouse would never follow through and press charges. Beginning in the 1990s, laws began virtually to force the police to take action. The new statutes direct police to figure out who was the "primary aggressor" in a domestic dispute. They make a call based on a checklist (bruises, disparity of physical size), and then they make an arrest. Howls of protest from the abused spouse are to be ignored: "The decision to arrest and charge shall not require the consent of the victim or consideration of the relationship of the parties," the Florida law reads.

The article goes on to state that had Tiger implied in any way that Elin attacked him, she would have immediately been handcuffed and led to jail.

Further, according to Rosin, if arrested, the law would not allow Elin or anyone else, to post bond thereby forcing her to remain in jail until her appearance in court. Apparently, the Florida authorities could still arrest Elin which appears to be why Tiger felt the need to reiterate early in his February 19th public apology the fact that she was in no way responsible for the car crash.

Tiger May Be Prolonging His Own Ordeal to Protect Elin

This is clearly a case where a law does more harm than good. Passion driven anger usually quickly abates which allows reason to again appear.

With the return or reason couples can usually work things out and either continue the marriage or dissolve it with minimum rancor.

But third party interference can further ignite passions and desire for vengeance leading to more fighting and guarantying a messy divorce and more pain for both the couple and their children.

The legal implication of this law helps to explain some of Tiger's evasive comments and reluctance to come forward too much.

His obvious embarrassment and desire to limit the damage to his career as much as possible are also strong reasons for much of his reluctance to get too specific. However, in addition to public relations experts, Tiger is obviously not saying anything without first discussing it with his lawyers.

But this caution can also be interpreted as Tiger, despite his string of sordid sexual escapades, still having some character left in that he is willing to go to extremes to protect Elin even if this means further risk to his career.

It can also be taken as an indication that, at heart, he still loves her and sincerely wants to save his marriage.

Both Elin and Tiger Place a High Value on Their Privacy

Given Tiger and Elin's history of guarding their privacy and keeping their private lives private coupled with Tiger's immense wealth which enables him to afford the tools needed to defend their privacy, it is difficult to really know what is really going on behind the scenes in this unfolding tale.

And this makes it difficult to predict what the ultimate outcome will be. It also ensures that the story will probably continue to be followed much longer than the usual sports or political sex scandals.