Ex-wives and Their Children's Step-Mothers

Why Bitterness May Not Be What It Seems

The role of stepmother has its own set of challenges, and one of the most daunting of those challenges can arise when there is conflict between ex-wives who seem bitter and new stepmothers. Understanding the possible causes of an ex-wife's apparent bitterness may help stepmothers and their husbands address the problem in a way that makes the lives of all involved more peaceful, pleasant, and productive in terms of the best interests of the children.

Dealing with the problem of a bitter ex-wife can require different approaches, depending on the degree and nature of the apparent bitterness. If the ex-wife is truly bitter and vengeful there are times when dealing with the problem can only be handled through the courts. There can be times when the ex-wife's bitterness may be the result of her misunderstanding the motives or intentions of their children's father and his wife, so sometimes trying to open better lines of communication may help.

There can be times, too, when what appears to be bitterness on the part of the ex-wife (and more importantly, the mother of the children from the first marriage) may actually be something quite different. Sometimes when a second wife (particularly one without children of her own) assumes that an ex-wife is acting out of bitterness and vengefulness the reason for the ex-wife's behavior may actually be much less malevolent than it may seem.

Many second-time-around couples want very much to be a family and include the children of the first marriage. Well-intended second wives want very much to become close to their husband's children as well. Second wives without children of their own may look forward to having stepchildren but may not understand the feelings mothers often have. Second wives with babies/toddlers from the present marriage may be torn between the love they have for their own child and the love they'd like to have for their husband's older children. The stepmother with children of her own from a previous marriage may have difficulty relating to children who are very different from her own. In the home of the married couple both partners usually and rightfully take the role of making the rules, so while stepmothers may be perfectly reasonable in expecting certain rules of the house to be followed, sometimes rules-of-the-house can conflict - in the children's eyes and sometimes in fact - with who has the right to tell children what they can and cannot do in general.

Mothers of children from first marriages are often delighted to be out of the first marriage, and many are delighted that the husband they hoped would find happiness after divorce has remarried. When women hate their first husbands they usually don't care if those husbands remarry; so regardless of the terms on which a first-marriage couple finds itself, bitterness because an ex-husband has a new wife may not be as common as the bitterness that comes if that new wife creates complications in the children's lives or in the relationship between them and their father.

Most normal, good, mothers are, by instinct, protective of their children and the bond between their children and them, as well as the children's bond with their father. It is normal and natural for mothers to expect their ex-husband's second wife to build a nice relationship with children, be a good role model, and define what the role of stepparent should be (and many mothers believe it is a very different role from that of parent). When mothers appear to be demonstrating bitterness it can be because they believe the stepmother is trying to overstep her bounds. Just as mother cats are ready to protect their kittens, mothers are usually inclined to exercise their maternal instincts if they think someone may be trying to overstep bounds, even when that's not what a stepmother intends to do.

Mothers, too, often believe that events such as school plays and parent-teacher meetings should be opportunities for mothers and fathers of the children to show children that Mom and Dad are still the ones who show up, as always. It's a matter of increasing children's sense of stability and showing them that, when it comes to their lives, parents don't need to be married to still act as Mom and Dad when the occasion calls for it.

Mothers often believe that fathers should make sure they spend time alone with just the children, and sometimes fathers, in their wish to rebuild the family they once had with another wife, forget to spend time with just the children. Sometimes stepmothers may, in fact, have very different values when it comes to children, and it would be a rare mother who would not wish to assert her own values her own way without the interference of someone that neither she nor her children chose to have in their lives. Some mothers may actually like the idea of their children's seeing their father in a nice relationship and seeing an example of a good marriage. They may be completely comfortable with their children's having half-siblings too. What can make mothers uncomfortable, though, is having to deal with any issues the children have as a result of (sometimes) their emotional issues not being addressed quite appropriately by a father or stepmother who may not understand what the child is going through. While there are certainly fathers who have an excellent understanding of human nature and their own children, it is not at all uncommon for fathers to have less understanding of their children's emotional needs than their mothers do.

A well intentioned stepmother wrote on a parenting site that she tried to put her heavy stepchild on a strict diet during two-week stays at her home. Her belief was that the child's mother wasn't feeding the child healthy foods and encouraging exercise, so she wanted to "educate" the child during visits. There are times when, maybe, a stepmother may actually be more correct about what would be better for a child, but that isn't the point when it comes to whether or not the child's mother has a right to resent, and seem bitter over, someone who - regardless of whether they're correct or not - has no right to assert her own values or even good nutrition practices over a child who, quite naturally, believes he has one mother and one father only.

Second husbands may marry women who are not at all like the wives they divorced, so the chances of having different values and practices between an ex-wife and a second wife are pretty good. A traditional mother and a New Age stepmother are not going to have common ideas about the children, and no matter what a mother's beliefs are about children she will not want someone with very different beliefs having influence over them. Second wives sometimes began their relationship with their husband before a divorce was final (or even discussed). Ex-wives often believe (correctly or not) that the relationship caused or contributed to the demise of their relationship with their children's father. Even when that isn't the case or when ex-wives don't believe that, there is the issue that many people see anyone who is willing to allow a relationship with a married person to begin at all as 1) lacking character or strength and/or 2) as being willing to be in the position of being "the other woman". Either way, thinking of the second wife this way can make an ex-wife think she is not someone her children should be around.

Finally, unless people are extremely wealthy, living expenses can often create a strain for couples and for divorced individuals regardless of who has custody of children. Ex-husbands can have demands on their finances as a result of the divorce. Ex-wives can often struggle to meet the financial needs of providing for children as well. The fact that neither Dad nor Mom can really afford that new prom gown may not affect Mom's wish to make sure her daughter gets a new gown, like all her friends do, because mothers sometimes have a better understanding of how important some seemingly "frivolous" things can be. As a result, mothers sometimes feel the need to ask for assistance from the father of their child even if they prefer they didn't have to. A father's inability or unwillingness to help pay for something like a prom gown can make a mother feel that her child's father is more willing to deny something their daughter sees as so important, so the mother may exhibit some signs of anger or frustration that look like "bitterness".

While there is no doubt bitter ex-wives exist in this world, much of what appears to be bitterness may often not be that at all; and the way to try to deal with such apparent bitterness may be to try to understand it more. Sometimes understanding the root of a problem can provide a guide when it comes to how to deal with that problem. 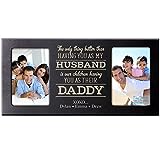