Frank Sinatra is known as one of the romantic singers in American history. His smooth voice and jazzy vocal styles make his songs the perfect soundtrack for a wedding or reception. Below, I have compiled a list of Sinatra's better love songs to accent your special day.

Fly Me to the Moon

Who is Frank Sinatra?

Frank Sinatra became famous almost overnight when he was signed to Columbia records in 1943. Back then, he was making music in the style of swing, which is known for its upbeat melodies and bright horns. The Voice of Frank Sinatra was his first album and was released three years after he was signed to Columbia. After his first album, though the nation seemed to want more, Sinatra started acting, but then signed with Capital Records in 1953. He won an Academy Award for his role in From Here to Eternity, the first film he acted in.

In the late 1960s, Sinatra's sound became more influenced by jazz, which allowed him to collaborate with artists like Duke Ellington and Ella Fitzgerald. Frank's grand finale song was "My Way," which accurately summed up his career. The star then retired, but came back in the 70s with a few more albums inspired by his performance in '71 at a relief fund concert.

Sinatra's influence is definitely apparent in America as his songs have been covered numerous times by artists belonging to various genres. He played up until two years before his death caused by heart attack in 1998. His music continues to accompany a celebration and he will always be remembered as one of the major, American artists that influenced the music we listen to today.

"Come Fly with Me" 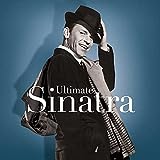 Are you getting married?

Frank Sinatra's music includes a variety of love songs to accompany your wedding day. "Just the Way you Look Tonight" is one of his well-known love songs (listen to it below). This songs has been used at numerous weddings as it is a beautiful song about the bride.

"Come Rain or Shine" is another wedding favorite because of the lyrics. It is about love lasting through thick and thin--richer or poorer--rain or shine.

"The Way You Look Tonight"

Ideas for a Sinatra Themed Wedding

For a wedding with a Sinatra or Rat Pack theme, you will want to make your wedding classy, elegant and chic. Roll out a red carpet to the entrance of your wedding or reception and send your guest invitations that look like Las Vegas postcards.

You will want to keep your color scheme in line with that of a jazz bar, metallic colors and deep reds and blues will give your wedding or reception that vintage rat-pack feel. As martinis were one of Sinatra's favorite drinks, make sure to use martini glasses to make your guests feel like they are part of the theme.

For wedding favors, you could give out coasters with your name and the Las Vegas logo. Or, let them take home the martini glasses (personalized with the bride and groom's names and the date of the wedding.

With such a rich theme like the rat pack or just Frank Sinatra, the possibilities for a wedding are endless. Just be sure to accompany your fun party favors with some of these timeless love songs. 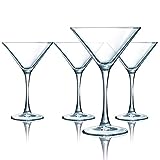 "Can't Take My Eyes Off of You"