How to Know He Is in Love with You

Relationships are adventures, some are never ending, some are everlasting, some are part-time, some are just friends with benefits. Every woman wants to find their Mr. Right, In Jamaica, one would say every owe have them stick a bush meaning there is someone for everyone that one unconditional love.

Here are some pointers to tell if he is under the moonlight (in love with you):

He compromises with you…He makes room for you in his busy life. You become one of his important priorities and he compromises with you to show you that he values your relationship. He changes his plans to accommodate your last minute or short notice activities or plans. He doesn't mind not hanging out with his pals so you can have a night in or out together. He goes and watches all the twilight movies with you even though he knows all you are going to do is scream when you see Edward and wow…Jacob topless….sigh….even when he would have rather going to see Skyfall 007 with James Bond.

He puts you in the know

Your partner will fill you in on his plans so that you are aware of his whereabouts because he doesn’t want you to be worried if he should show up late or get delayed.

He talks about the future

He talks about his outlook on life and the future and of course you are a part of it. If a man doesn't want to have a future with you, he will not entertain conversations about having kids, marriage, family reunions—meeting your family or you meeting his family. Once he is interested in having a future with you all these will be included and also you will be involved in his vacation plans.

He makes or centers his plans around you

When a man starts filling you in on plans he has whether short term or long term or starts talking to you freely about his day without you even asking. You can see he gets comfortable with you. You are not only his partner, but his best friend, or his adviser.

He wants to spend more time with you.

He just can’t stand being apart from you for a day. He just wants to know he is in your company, even when no plans were made. It doesn't matter what you guys do during this time, it could be going for a run, a walk on the beach, getting ice cream. He loves alone time with you so all phones go on silent, or calls go to voice mail if it’s important enough they will leave a message or call back. You are the only distraction he needs.

He does those small things that count; he brings you roses, he sees something at the store that he thinks you would like and he buys it for you.

He ask you about people that are important to you such as your parents, family, best friends.

You see love in his eyes. He look you deep into your eyes, and when you look back into his you can see what he is feeling.

He constantly calls you

He calls you not because he has something to discuss but just that he wants to hear your voice. He text you out the blues saying 1.4.3 and you are there wondering….what…only to get another text saying Hun, I am just letting you know I LOVE YOU…1 letter= I…4 letter=LOVE….3letter=YOU

He says I love you

He will say I love you just because he really does and he always wants you to know how much he truly cares for you. Even when you were in the middle of a conversation and you start thinking what was I talking about again.

Last but not least here is an advice to you; want to know if a man really cares about you…stress him out, just a tad bit. You may say no way this can’t work this will only drive him away. But ladies, when men are stressed they need you to listen to them, they need someone to talk to. Be a good listener and they need to be reassured directly or indirectly that they are getting the same loving and caring they are giving.

Let me share something I did yesterday to my boyfriend it might be silly but it gives me the result I wanted. My boyfriend calls me we talked for a while and he said he was coming over to make me dinner. We do not live together….he called me again from the store asking what else I needed for the house. I told him and he said he was on his way to my house, so I told him I would be in the bathroom, he should just let himself in. I flushed the toilet to give him the impression that I was really in the bathroom.

After I hung up I turned all the lights off in the house then I hid at the corner of the bed and put my phone on silent without vibrate. I heard him come in, I heard his sigh…he started calling my name I didn’t respond, he looked all over did not find me, called my cell three times did not hear it ring. He started cursing to himself….Kimkaye would not do this to me, she lied to me….no she wouldn’t….no way, not her….she couldn't not be home…heard him pacing….really, I love her so much ….I can't “expletives” believe this. I heard her in a bathroom just now…no way she couldn't be cheating on me. I wanted to giggle but I didn't He went out slammed the door…that was when I ran outside and called after him. He ran back to me saying why I did that to him and if I was trying to give him heart failure. He hugged me telling me how much he loves me…..I know he loves me. I know he was stressed out I could have heard it in his voice, heard the silent tears when he was talking to himself. Ladies if a man really loves you, a little stress will not make him break up with you, trust me. 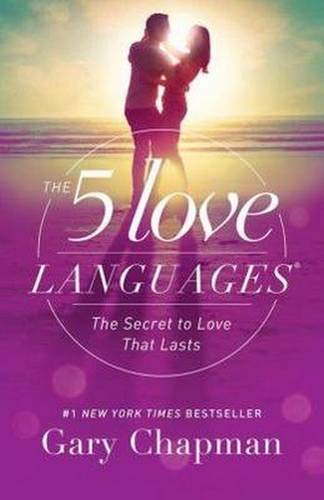 This is my first hub and I was inspired to write about this topic after this experience I shared with my boyfriend yesterday. Now ladies, if you can match up my pointers with your relationship you can start singing Leann Rimes, Can’t fight the moonlight, because you know he loves you and he just can’t fight it. Good Luck to you everyone, hope you have a long lasting relationship, if you are single I hope you find your stick….that special someone to share your life with!!