How Soon Should You Have Sex in a New Relationship?

You're excited. It's just your first date, but he seems so... perfect! You want to jump his bones right here, right now, but you know better. Or do you? How quickly should you have sex with someone you've recently met?

I promise not to keep you hanging. The short answer is - go for it whenever you both want to.

Keep reading to learn why it's ok to give in to your primal urges (yes, even on a first date!) and a warning about when not to.

When should a new couple start being sexual together?

Men & Women Have Different Concerns about When to Become Intimate

There's plenty of advice out there about when it's the "right" time to introduce sexual relations, but much of it is contradictory.

One piece of so-called common wisdom for men is the three date rule: If she doesn't sleep with a guy by the third date, she's not interested enough. They can also be told to deny their own urges so they don't risk losing out on a terrific girl by being too pushy.

Meanwhile, women are taught to "play hard to get." In my opinion, a woman shouldn't play at being hard to get - she should be hard to get for the wrong men, and fully receptive to the right guy. During the sexual revolution (think 1970s) it was a standard belief that after having sex with a man, he would no longer respect her. My, how times change, but old traditions die hard.

What's the earliest you had sex with a new partner?

You've heard of that thing called chemistry, right? When it's there, you feel lust and desire even if there's no other connection with this person you've just met. You have no idea yet if you're compatible. You just can't get those eyes, that smile, out of your mind. Butterflies are swarming in your belly, and your knees... well, what knees? They've turned to mush!

About thirty years ago, I read about a study that revealed men fall in love after just one date, as opposed to women's reports that it took 3-6 dates before women reported feeling love. While I can't recall the details of that study, similar results have been found more recently in studies conducted in the U.K. and by Match.com (reported by MarieClaire.) The online dating site's study even showed that 35% of purely random hookups turn into long-term relationships!

Well, no wonder! Men, especially younger ones, have a strong sex drive that peaks while they're in their 20s. (Women don't reach their peak sexual years until much later.) When a woman is receptive to his sexual advances, it tells him he's desirable and masculine.

Women, on the other hand, have frequently discovered a man's interest can vanish after they've had sex with him. Another piece of "common" wisdom says that it's because men have just one thing on their minds - sex - and aren't really interested in commitment. This false anecdote ignores the obvious: if a man disappears after sex, it's usually because he didn't think she was great in bed.

The way to someone's heart is to be interested in them and attracted to them. If my guy makes me feel beautiful, I'll like him more than someone whose eyes are darting around the room at other women. If a woman says YES! to sex, she's showing the kind of interest that makes him feel like a man's man - a feeling that's as intoxicating to him as roses and champagne are to her. 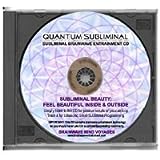 BMV Quantum Subliminal CD Beauty: Feel Beautiful Inside and Outside (Ultrasonic Subliminal Series)
Whatever your personal beliefs about the right time to have sex, feeling attractive is critical to success. This DVD provides an easy way to build self-confidence about how you look.
Buy Now

But Are You Ready for Sex?

Whether or not you hold out on your urges is completely up to you, of course.

There are some good reasons to hold back. As I discuss in other articles, there are Five Pillars of Compatibility. Sexual compatibility is important, but so are the others. It's easy to get caught up in the throes of passion and ignore red flags that warn us of incompatibility - a mistake that sometimes isn't discovered until after a couple has married, had children, and found themselves in marital hell and facing a costly divorce. If a person doesn't know how to evaluate long-term compatibility because they're young, inexperienced, or have had bad experiences, they can benefit from holding off on sexual relations, even if it does mean showing less interest to the target of their affections.

Sex promotes bonding, which is desirable in a budding relationship. Both men and women experience this, but sometimes women mistake those feelings as love when it's simply a physical, brain-chemistry-induced reaction to a good sexual experience. Women and men who don't know the difference between passionate behaviors and committed ones may feel let down if they have sex and later discover it wasn't a measure of their partner's commitment.

Another good reason to hold off a bit is when you need to inform a potential partner that you have a sexually transmitted disease (STD) or if you don't have protection against STDs. Today, about half of all people will acquire an STD during their lifetimes. Of those, about 90% won't have symptoms or know they have an STD. This means that it's easy to get infected with an STD, and a potential partner is more likely to accept your bad news than would have been true years ago, but it's still important to protect yourself - both physically and emotionally. Practice safer sex and if you know you have an ailment, hold off altogether until you feel certain that you won't face rejection and a negative response.

Spiritual beliefs are the final good reason to hold off on having sex. Some religions promote waiting until marriage, and a person who believes this shouldn't violate their own ethics.

In your opinion, what's the real reason he fades after she has sex with him?

The Tao of Dating: The Smart Woman's Guide to Being Absolutely Irresistible
Buy Now

Dispelling Myths About Having Sex Too Quickly

A person who knows they won't fall head over heels just because they got laid, who doesn't have an STD or religious reasons to avoid intercourse, and who practices safe sex can give themselves permission to have sex whenever they (and their partner) want to. The myths they've heard over the years don't have nearly as much substance as it may seem.

Myth: He won't respect me if I have sex too early.

Reality: As long as you're not promiscuous, he'll think you're hot for him, and that's plenty respectable in his opinion.

Myth: She'll think I just want to use her.

Reality: All women know men want sex from anywhere they can get it, including from women they're really into. You may have to show her that you really are into her, though. Plan dates, be thoughtful, and listen well and you'll do fine. (And you'll score!)

Myth: It'll make me look like I can't control myself!

Reality: You have permission to enjoy sex just because it's something enjoyable that you want to do. You don't worry that you'll look like you can't control yourself because you selfishly took a nap after work, do you? Indulging yourself doesn't mean you lack control. It means you know what you enjoy, and aren't afraid to show it sometimes.﻿

Ready? Set? Get Ya Some Action!

What this entire article is really saying is that it's okay to be genuine about who you are and what you want. You risk someone judging you badly whether you give in or hold out, so go with your own values. You'll meet the right person who clicks with the "you" that you are whether you have sex on the first date, the third, or not until three months have passed. The right guy or girl for you is going to be the one who understands you, which means that you won't have to apologize or feel bad for making decisions that you felt were right for you at the time.