How to be dominating? Learn how to dominate over others

While some readers may be wondering by there is a guide that teaches you how to be dominating, it is important to be able to dominate other people during certain situations. Whether it is a classroom confrontation, bullying in the dorm or an argument on the office floor, learning how to have a dominating personality sure helps. Here are tips that can be put into practice in the simplest to the most complicated situations in life.

Note: Princesswithapen does not advocate having a dominating personality all the time. This guide aims to be of value during situations when a person's emotional, psychological and/or physical well being is compromised deliberately. Let’s think of it as dominance for self defense. If you have serious personality issues, it is best if you seek professional help.

A stiff posture is a sign of nervousness. On the other hand, a slouchy posture can be a sign of lack of self confidence. People who tend to be in full control of a situation tend to have a relaxed posture. You really don't need to flex your biceps or push out your bust to appear as if you command a situation. Simply leaning back comfortably while sitting on a chair or display an attractive body language while standing straight, as a sign of being in complete control. This image will definitely help in asserting dominance over others during discussions and arguments.

Ever noticed how a coach lets out a sly smile when a football play goes as per plan? Or how a catcher will give the pitcher a sly smile when they strike out someone, just the way they had planned to? From a behavioral perspective, that sly smile signifies intent, satisfaction and full control of circumstances. It is as simple as giving a mischievous smile to a colleague at work who may be trying to get you into doing something that you don't want to do.

That smile will speak volumes and get the message "You can't mess with me" to your colleague without you having to speak a word. If you want to put this into practice, simply remember the hyenas who may sound like they're laughing and having a good time, but in fact they're just waiting to pounce and dominate.

Talk straight to the point and speak louder

While many may deny that speaking loudly helps assert dominance, the truth is that it does. More often than not, people who are dominating converse in a loud voice and in a firm tone. They also leave little room for ambiguity. Put this into practice by speaking loudly and to-the-point whenever you know you are right and you are saying the right thing. Habit is the only way you will learn how to speak properly and assertively.

For example, if you don't want your housemate to put on loud music after 10 pm, you could say "Don't play loud music after 10 pm" rather than something on the lines of "Hey look mate. I think we are roommates and we should understand each other. I think the loud music you keep playing is disturbing the peace in the apartment" The former is direct and free of ambiguity, while the latter leaves room for ifs, nos and buts.

Learning how to dominate starts with learning how to overcome the odds and win. Playing a sport, whether a team or individual, will teach you a lot of things about the psychological aspects of dominating over your opponent. You will learn a lot about the psyche and body language required to assert dominance over the people around you. Take for example Rafael Nadal – He will always take longer than usual to come to the court. He will generally allow his opponent to take to the court while he will sit on the sidelines. He will make his opponent annoyingly wait for him to take to the court. This may very well be a psychological blow to his opponent even before the first serve is served. While you don't need to be a pro like Nadal, just take time out for weekend games with friends to for a friendly yet competitive game.

Dominate others by listening rather than speaking

Verbal spats and arguments are commonplace in any class, school or workplace. There are times when you just need to back off and let your opponent do the talking. Why? Simply because you are allowing them to make a fool out of themselves by yapping away, saying the wrong things and making weird expressions.

Let them do the wild talking as you sit back and wait for the perfect moment to say just a few words and watch them burn. Yes, to learn how to be dominating, sometimes you have to take the back seat. And to make it more special, laugh out loud as your opponent burns - in an obvious display of assertiveness and dominance. 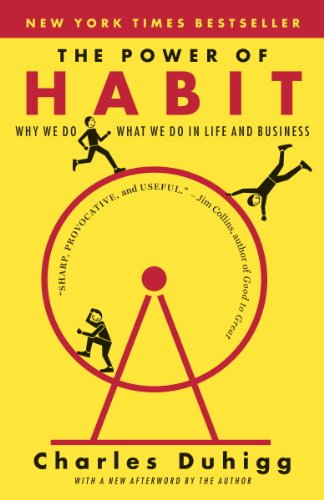 The Power of Habit: Why We Do What We Do in Life and Business
Buy Now

Get into the habit of taking right decisions

Whether it is the decision to break up with your girlfriend or your decision to wear a sexy dress at a formal evening, you should get into the habit of always making the right decision. Why? Simply because people tend to respect and obey their peers who have the ability to take good decisions. Your peers will feel safer around you and you may very well, get them to do what you say. Don't think about dominating others by taking one or two good decisions. This is a habit that you will have to develop over time.

Don't feel shy to refuse – Being too nice can hurt you

Being nice to others is a good habit to have. But being too nice can throw water over your plans to be a dominating individual. Being too nice and the inability to say no during certain situations is a sign of weakness. People who have a dominating effect over others tend to put their foot down and refuse to do something that they don't want to do. If you want to be in a position to dominate, you too will have to learn how to say no and how to stop being overtly nice.

Be humble and allow your opponent to concede defeat

Being humble may not sound like the most dominating thing to do. But sometimes, by being humble you may end up looking stronger. For example someone who is physically less strong than you tries to pick a fight with you. Obviously, they are going to find themselves in a miserable spot. Imagine all your friends are watching you in anticipation of the obvious – you knowing the daylights out of him/her.

Have you ever wondered what would happen if you grabbed your opponent by the collar and said "Look, I'm going to let you go. I'm going to give you a chance to walk away from this"? By being humble and letting the guy/girl walk away like a loser, you may very well be reasserting your dominance in front of your friends.

Having a goal has never gone out of vogue and it applies to even the smallest things in life. Whether you are haggling over the price of a dress in a shop or you are in a battle with your colleague at work over a promotion, always remember what you want. In most situations in life, there is always something that you are after.

Make that little thing your penultimate goal for that moment and do whatever it takes to get it. Mind you, this habit will not allow you to be dominating over others overnight. But as you get used to getting what you want in life, you will slowly refuse to settle for anything less than what you had hoped for – right from good grades in school to a beautiful/handsome date at prom.

Think of all the leaders of our time including the late Steve Jobs,Barack Obama, Dalai Lama, etc - They command the following of millions around the world because they have made a difference and are continuing to do so. Imposing fear into the minds of people who you want to dominate over, will only be a temporary solution. The minute your friend/colleague is in a position to outplay your fear, he/she will. Even the most ruthless of kings have been shown the door by subordinates who have become stronger over time. If you want to impose permanent dominance, aim to command the respect of your friends or colleagues.