How to tell if a Casual Relationship Is Getting Serious

It's a tricky question that's been around as long as relationships. "Is he serious about me or is this just a casual fling?" He might be giving out all the right signals but that doesn't mean he's the right one to settle down with - or that you should dump him too fast either. Each person gives off different signals and these can all depend on a lot of things - from how shy he is to what his background is.

If the new man in your life has all the signs shown below of not being around for long - beware. Sure, you can have a fling but don't get too involved or you might get burnt.This is a quick guide to interpreting some of the confusing signals men send and figuring out whether your relationship can - or will - go anywhere.

When he says this he might laugh or even say it as if he doesn't mean it. But there's always a grain of truth with this line. Don't think he's throwing out a challenge either - it doesn't mean you need to try your darnedest to convince him he should be in a relationship.

Don't get mad next time you see him flirting up a storm with another woman - remember that he warned you that he's not the relationship type.

2. He has an excuse for everything

Is this guy always complaining about how bad his life is? Don't feel sorry for him too fast! Think about why his life is so bad. Is it because someone else got in the way of his promotion or the person who gave him that test hated him? In that case chances are he's blaming everyone else for his problems but not taking responsibility himself.

If he's not willing to take responsibility for other life decisions how will he be when you have a problem in your relationship? He'll probably blame it on work, circumstances or, if he thinks he can get away with it - you! 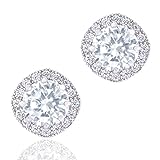 Do you know his life story from the first bully who pushed him over in the playground to that girl who dumped him three years ago? Stop and think. Does he know the same stuff about you? If he's so self involved that all he can think about are his own problems, he's not the right one to get serious with. He may change for a short time but he'll soon revert to caring more about himself than you.

4. He Avoids the Question

Sure he's happy to talk about himself for hours but when you ask him an important question such as "Do you want kids one day" or "Do you want to be in a long term relationship" he starts talking about his friend's sister's baby or complaining about why his last girlfriend broke up with him. Unless he can give you straight honest answers, you shouldn't hang around.

5. His relationship history is checkered

How long is his longest relationship? If he's only ever been with one girl and it was for only a month, maybe you need to consider why that is. If he's had a whole series of relationships that didn't last too long he probably won't change because he's met you. Chances are that there's a reason that he didn't stay in those relationships long - either he got bored fast or his partners discovered he wasn't the great partner they originally thought.

Look out for a guy who's too busy talking about his ex to let you get a word in edgeways - there's a good chance he could still be smarting from a recent breakup and he's on the rebound.

6. He sweeps you off your feet

Sure, every girl wants to be swept off her feet but sadly, this is often unrealistic. The most important question to ask yourself when he knows just what to buy you and just what to say is "How much practice has he had to be this romantic?"

A great partner shouldn't spend all his time sweeping you off your feet - sure that's great for a surprise or a special occasion but every relationship needs to come down to earth sometime. You both need time to talk, hang out in a normal setting and get to know each other without all the extras.