Is Age A Consideration In A Relationship? 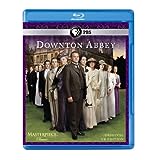 It is not surprising that the phrase "beauty is in the eye of the beholder" extends to relationships. People enter into relationships for different reasons. Some of them have not so wonderful reasons but people have been doing it since the beginning of time. Each reason impacts the age consideration.

In the past, especially, Asia, women were seen as property. And at a certain age, 10 or 11, if there was one less mouth to feed, then the family tried to rid the female. In this case, the female could be a child and the man could be a lot older. But did it matter? The female was mere property. It is so common in Asia that the man is at least 10 years older than the woman. If there is still any relationship between the young woman and the parents, then the parents hoped that there may be some business benefit from it. There is that common phrase, "if you can fall in love, you can fall in love with someone with money."

As I am watching PBS's Masterpiece Theater's Downton Abbey, I think that this is true in Western society, too. The Lord lost a male heir, and he identified Cousin Matthew as the next of kin to inherit. Even though Mary who is the Lord's oldest daughter is a cousin of Matthew, she was encouraged to consider a relationship with Matthew to keep the estate intake. However, there was consideration of the Lord's older two daughters to find someone much much old, 20- plus years. Because nobility was hard to find, the ladies did not want to become spinsters and considered marrying someone much older with noble status. The main consideration was status and nobility rather than age.

The other consideration was whether a couple could have offspring. In Downton Abbey, Matthew had temporary paralysis, but at the time it occurred he thought his war wound was permanent. At that point, he did not want to entered into any relationship because it would not be fair to a companion who ended up with no family of her own. The second daughter wanted to marry a much older man who did not want to have any more children because he was in his late 50's, and he told her that it wouldn't be fair to marry and not have any children with her.

People, today, entered into relationships for almost the same reasons and more, and with varying reason, there is a natural correlation to age difference. You name it: money, status, fame, business connection, immigration status, companionship, father-figure/mother-figure, and even love. If a person marries for money, whether male or female, there may be some age difference because a person who is not so physically attractive becomes "attractive" once they have money, and most people are not wealthy in their twenties or even thirties. So then what does a wealthy person want in return? For a man, it is very likely that he wants someone who is not bossy but very striking. Let's say a "trophy" companion or wife. You see it often in Hollywood where a wealthy man or woman marries someone who is much younger. It is called "May-December" relationships. The older established person is thinking that he or she has made it, so why not date someone who is youthful and attractive. You have the kind of relationship like Demi Moore and Ashton Kutcher and Burt Reynold and Dina Shore. The average person would not think that this type of relationship would last.

Further, in show business, aspiring actors and actresses will do anything to further their careers, and the people of influence have no shame in taking advantage of them. Take for example, the new show called Smash, where the British casting person for the musical called Marilyn and also director had no shame in trying to have private rehearsals with the two competing actresses with hopes of have physical relationship. The Kathy McPhe'se character refused, but the other character named Ivy did and was rewarded the lead female role in the musical. Did it matter that the director was at least twice as old as the aspiring actresses?

The older one becomes, the age difference is not so significant. It is one thing for a person who is 20 to marry someone who is 10. However, no one bats an eyelash when you see someone 60 marry someone 50. It is when you see a 60 year old person marry a 20 year old or 30 year old which raises an eyebrow. When I was younger, I had a friend who was in his sixties who would ask me last minute to accompany him to concerts at the Kennedy Center when his companion cancelled last minute. Yes, there were a lot of stares like the stares that I receive being in an interracial relationship on a visit to Western Louisiana.

It is common to think about the long-term goals in a relationship. If this person is someone you cannot live without and thus want to marry, then age may be a factor to consider. If you are in a relationship with someone in his 50 plus, and you are in your early 20s, what is going to happen when you stay in a long-term relationship? With such huge age difference, there are different health needs. Would someone much older want children because in 20 years, when you are in your forties, your companion will be in his or her seventies. Your offspring may not have a parent beyond high school. Worse is the possibility that with one older parent, the offspring may have all ten limbs but could have all sort of medical problems that you do not see in the tabloids. They may have learning disabilities or occupational disabilities such as the inability to do even basic tasks such as hold a pencil. If you do not think about these factors, then what about the possibility of having to haul your child to therapy sessions three times per week indefinitely.But then, if the couple does not want children, then it is a moot point.

Further, if the age gap is too great, there may be emotional changes in the individuals. A person may be facing mid-life crises while the other person is not. What if the mid-life crisis manifests in wanting to pursue more youth and thus that person may seek an affair or a changed partners and find someone perhaps even more youthful than you. Each person, eventually, takes care of #1, himself or herself. And depending on how much each person is willing to work at a relationship, you may find yourself alone.

How You Meet Someone

The majority of people entered into relationships depending how they meet each other. For example, if you are a student meeting another student, typically the age difference may be within 4-7 years. If you entered as a freshman and meet a 3rd year law student, for example, then there is a 7 year gap. However, there is an emotional difference. One person is entering college while another one is just one year away from a professional degree. I know people who re-entered graduate school to meet husbands. I do not know what that gap is, depending on whether both individuals are in their second career or not. My husband visited my school in his last year of law school, and we just happen to be only 10 months apart.

Typically, people meet at bars with other friends. If it is a college bar, then most will be young people. If you meet through a friend, your friends tend to set you up within 5 to 10 years difference.

So, the question is not so much the age difference but the different reasons that one is entering into a relationship. If children are involved, then there are good reasons to have a smaller age gap. Otherwise, the age difference is merely in a person's comfort zone and needs.

Does Age Matter In A Relationship?

Does Age Matter In A Relationship?