While being in a long term, committed marriage, I found out that my husband had been texting with an old junior high school girlfriend that had "found" him from a social networking website. He did tell me that she had friend requested him, so I "knew" about her. What he failed to tell me was that he began a texting friendship with her that quickly turned from a few texts per day to texting many times a day into the night. One day, my husband left his phone on the bed while he was in another room and I saw a text from a female come in and my heart sank immediately. I was in shock, but did my best to act normal as my husband came back in the room and immediately went for his phone. "What do I do?" is the thought that I kept repeating in my mind. "What do I do?" as I thought about confronting him. "What do I do?" as I thought about my life as I knew it coming to an end. Maybe it was nothing...maybe she was just a friend although I know that men and women can't really be friends because one of them ultimately wants to have sex with the other. I learned that many years ago from my favorite relationship movie, When Harry met Sally and I believe it to be true.

Anyway, after seeing that text with "her" name, I was kind of in a daze the remainder of the night. I laid in bed with my husband watching some movie as we did every night all the while he was texting right next to me. The next day, he left to run some errands and I immediately became what I now call myself, "Psycho Bitch." I went to his computer and began looking for anything...secret emails, looking at his computer's history, trying to figure out passwords for his Facebook and Myspace. After a while, I hit jackpot. I found an email account that he had and when I logged into it, the password was saved. I saw several emails from "her" and when I opened it, there was an attachment. Do I open it? Do I really want to see this? and so I did, and I saw pictures of this person in her bra and skirt posing provocatively for my husband. "What do I do?" entered my mind again.

I confronted my husband on it and he said that he did cross the line with the pictures, but stated that he didn't think there was a problem with texting someone else. Not a problem? How could that not be a problem I asked him. He said that it was only fantasy and that he hadn't seen her in 20+ years and that if he wasn't having sex with her, it wasn't cheating. I disagree completely and feel that in this age of technology and emails, instant messages and social networks the definition of "cheating" is now different. Although he insists that it was fantasy, he would have never gotten physical with her and that he enjoyed their conversations both sexual and general in nature. I feel that he had an intimate relationship with someone other than me and that is cheating. This has caused so many problems in our relationship with the biggest problem being a lack of trust in the one person that I trusted my life with...until this was found out. "How can I ever trust him again?" is now what I repeat in my mind over and over.

I'm not the only one to have gone through this high tech cheating as I've done searches on the same subject only to find many people, both men and women being hurt by the texting actions of their significant other. Some led to physical relationships and some didn't but the outcome was the same. Now I ask everyone in a relationship to become a psycho bitch every now and then to make sure that your trusted one is being honest with you. You owe it to yourself to know and even if you don't suspect anything...look anyway!

Is texting inappropriately to others of the opposite sex while in a commited relationship cheating? 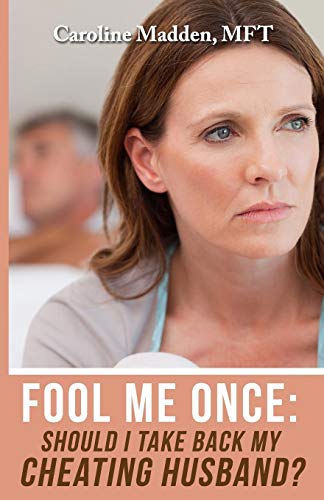 Fool Me Once: Should I Take Back My Cheating Husband? (Surviving Infidelity, Advice From A Marriage Therapist)
Buy Now