I do not profess to be a DVD movie critic, so I will leave that part of this article to the pros; you will find their words in the reviews as well as due credit for their work. I however do know the LGBT culture, because I have lived my life deeply entrenched within it. Knowing what most of our community hope to find when wanting to view a DVD on the LGBT culture comes naturally. You know what they say, "Just go with what cha' know!" That being said, I have gathered together for your convenience a group of LGBT DVD stories (most under $10) that are well known, as well as not so well known. The group consists of gay stories, lesbian love, bi-adventure, Tranny Divas, and just good campy fun. A few of these DVDs will make you cry, a few will make you laugh, and possibly a few may even cause you to ponder our LGBT culture from a new point of view. Whether shopping for yourself, a friend, family, or your lover, you are bound to find a DVD within these selections to satisfy your LGBT DVD movie tastes and pocket book, I know I did!

MILK, An Absolute Must See for Every LGBT Person.

When a famous person, like the nation's first openly gay male city supervisor, inspires an acclaimed book (The Mayor of Castro Stree t) and Oscar-winning documentary (The Times of Harvey Milk ), a biopic can seem superfluous at best. Taking over from Oliver Stone and Bryan Singer, Gus Van Sant, whose previous picture was the more experimental Paranoid Park , directs with such grace, he renders the concern moot. Unlike Randy Shilts' biography, which begins at the beginning, Dustin Lance Black's script starts in 1972, just as Milk (Sean Penn, in a finely-wrought performance) and his boyfriend, Scott (James Franco, equally good), move from New York to San Francisco. Milk opens a camera shop on the Castro that becomes a safe haven for victims of discrimination, convincing him to enter politics.With each race he runs, Harvey's relationship with Scott unravels further. Finally, he wins, and the real battle begins as Milk takes on Proposition 6, which denies equal rights to homosexuals. He does what he can to rally politicians, like George Moscone (Victor Garber) and Dan White (Josh Brolin). While the mayor is willing, the conservative board member has reservations, and after Milk fails to back one of White’s pet projects, the die is cast, leading to the murder of two beloved figures. If Van Sant’s film captures Harvey in all his complexities (he was, for instance, a very funny man), Milk also serves as an enticement to grass-roots activism, showing how one regular guy elevated everyone around him, notably Cleve Jones (Emile Hirsch), the ex-street hustler who created the NAMES Project AIDS Memorial. Released in the wake of Proposition 8, California’s anti-gay marriage amendment, Milk is inspirational in the best way: one person can and did make a difference, but the struggle is far from over. --Kathleen C. Fennessy

If you have any connection to the LGBT culture you must see this DVD movie! 2 min. 19 sec. video Trailer of the True Story Of Harvey "MILK"

Fasten your garter belt and come up to the lab and see what's on the slab! It's The Rocky Horror Picture Show Special Edition, a screamingly funny, sinfully twisted salute to sci-fi, horror, B-movies and rock music, all rolled into one deliciously decadent morsel. And now there's even more to make you shiver with antici...pation: two additional musical numbers, "Once In A While" and "Superheroes", never seen theatrically or available on video! The madcap, musical mayhem begins when rain-soaked Brad and Janet take refuge in the castle of Dr. Frank-N-Furter, a transvestite mad scientist from outer space who is about to unveil his greatest creation - and have a bit of fun with his reluctant guests! Join Tim Curry, Barry Bostwick, Susan Sarandon and rock star Meat Loaf in the most popular cult classic of all time.

LGBT DVDs and a couple of Bonus items.... 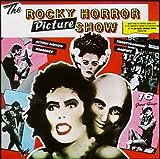 He will be missed but never forgotten, Heath Ledger stars in this Award winning Gay Love Story

Its open, unforced depiction of love between two men made Brokeback an instant cultural touchstone, for both good and bad, as it was tagged derisively as the "gay cowboy movie," but also heralded as a breakthrough for mainstream cinema. Amidst all the hoopla of various agendas, though, was a quiet, heartbreaking love story that was both of its time and universal--it was the quintessential tale of star-crossed lovers, but grounded in an ever-changing America that promised both hope and despair. Adapted by Larry McMurtry and Diana Ossana from Annie Proulx's short story, the movie echoes the sparse bleakness of McMurtry's The Last Picture Show with its fading of the once-glorious West; but with Lee at the helm, it also resembles The Ice Storm , as it showed the ripple effects of a singular event over a number of people.

As always, Lee's work with actors is unparalleled, as he elicits graceful, nuanced performances from Michelle Williams and Anne Hathaway as the wives affected overtly and subliminally by their husbands' affair, and Jake Gyllenhaal brings surprising dimensions to a character that could have easily just been a puppy dog of a boy. It's

Heath Ledger, however, who's the breakthrough in the film, and his portrait of an emotionally repressed man both undone and liberated by his feelings is mesmerizing and devastating. Spare in style but rich with emotion, Brokeback Mountain earns its place as a classic modern love story. --Mark Englehart

The Late Patrick Swayze Makes the Perfect Girlfriend In "To Wong Foo Thanks for Everything! Julie Newmar"

To Wong Foo Thanks for Everything Julie Newmar
Buy Now

LGBT DVD: "To Wong Foo Thanks for Everything! Julie Newmar" - Pay around $4.00

This clunky road DVD movie about three drag queens (Patrick Swayze, Wesley Snipes, and John Leguziamo) who get stranded in a sleepy Nebraska town on their way to a beauty contest, is too uplifting for its own good. Released during drag's mid-'90s heyday when RuPaul and the Wigstock documentary were all the rage, To Wong Foo aimed straight for the mainstream with its inoffensive camp and "can't we all get along" moralism. While gay-activist groups howled about straights getting the lead roles in To Wong Foo , in the end the filmmakers really couldn't have done better than this trio of actors. John Leguziamo provides real sass and bite as a Latino (or should we say Latina?) drag queen, and Wesley Snipes is surprisingly fierce as the imposing leader of the pack. Saddled with a cloying Southern accent and off-kilter wig, Patrick Swayze barely holds his own with his costars, though. To Wong Foo is best viewed as a cultural artifact of a time when it seemed as though drag could rule all tomorrow's parties. --Ethan Brown

1 min. 35 sec. Original To Wong Foo, Thanks for Everything! Trailer

Check-out This "must See" Lgbt Dvd!!

Priscilla Queen of the Desert DVD - Comes to you highly recommended and is around $10!! 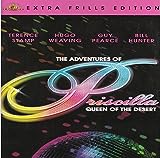