Make A Rich Man Fall in Love With You

Make a Man Fall in Love With You

There are most definitely certain traits that men are attracted to and those traits are even more important to rich men. Many rich guys simply will stay single rather than settle on a less than ideal woman. To truly enchant a man of means one should embrace her femininity. An alpha male who runs mega corporations does not want a butch woman who talks trash and looks like a ragamuffin. Think about it. When you see a woman acting tough and swearing at the drop of a hat, does she look desirable?

This does not mean that you need to act dumb or that you need to degrade yourself in effort to seem meek. On the contrary, you should be more respectable than the average girl when it comes to dating rules and life's disciplines. Even though the media is currently portraying rich men as lazy egotists who have no regard for women, that is generally not the case. Most wealthy men work more than twice as hard as men of average means. They work harder and expect to be rewarded for all of the hard work and discipline in which they have lead their lives. They do not want a woman who is flighty and has no respect for hard work and sacrifice.

Many rich men will play the field and love em and leave em without the slightest thought of taking any woman seriously. So many women are going to come across as exactly the same and simply will fail to impress. What can you do to stand out and be the woman he simply can not live without?

All men love women with a strong moral code, and rich men often will not associate with a woman who appears to be morally loose.

Under no circumstances should you go to bed with a man you have only seen a handful of times. Men are well known for quickly dumping women who have fallen into bed with them after just three dates. It is an almost natural reaction that when a man's instant reaction to his being attracted to you is quickly stifled by giving in to him entirely, he loses interest. There always must be an element of you that he needs to conquer for as long as possible and when a woman does not have sex with a man and makes him wait a good long time before giving in, she sends out the message that she is someone special and exclusive. He will always cherish and respect that you are not easily had by other men. The opposite is true when you give in too quickly.

Be the Elusive Girl and Win the Marriage Proposal

Besides being highly exclusive, coming across as a calm and sophisticated lady will always take you farther than appearing to be very trendy, outgoing or pushy.

When I was doing profiles of women I recall a beautiful woman who I will call Rebecca, who was a winner and runner up in numerous beauty pageants and wanted to land a rich man. She could not calm herself down enough to get anywhere with them. With her natural assets it seems that she should have been able to take her pick of men but because she was such a high maintenance woman and always became physically involved ASAP, she failed and was heartbroken for at least 30% of her life.

Rebecca was anxious to prove to the men she began dating that she was a sexy thing. She would go out on a date with a man who would be dazzled by her Salma Hayek looks over dinner and then when she knew he was weak in the knees she would turn on the wild animal by attacking him in the parking lot. On his way home the man would undoubtedly have mixed emotions going through his head. One would be how enchanted he was by her charming face over dinner and how sexy and slinky her body was, and then his thoughts would quickly dart to how wild she became. He would smile to himself at how much he must have turned her on and then his mind would go blank as to why he should ever see her again. This is the typical rich business man's thoughts at work. He had a good time and now its back to work. He checks his calendar to see if he needs to leave town or what major projects he needs to focus on in the upcoming weeks. The sexpot is history.

Don't get me wrong, Rebecca called him up furious a few days later screaming, "how dare you treat me like a whore" and presenting her outrage at his ignoring her charms. The businessman was shocked to hear from her but came up with the typical lines such as, "I am very busy right now" and "I had time last week and now I am suddenly very busy, I will call you when I get back in town." The man never called her back but poor, rejected Rebecca continued to call and pester her suitor until she had made a total fool of herself and he had undoubtedly moved on.

Number one- Rebecca should not have been in such a hurry to show her man how sexy she is. Sexually experienced and willing women are a dime a dozen. By acting like a porn star she lost his respect and ensured that she would never get a second date. She then showed her would be boyfriend that she is emotionally unstable by calling up and screaming at him. In his mind she had nothing to be upset about. He treated her the way she had treated him. If she did not want to be treated like a whore than why was she acting like one?

Independent Women are Mysterious and a Challenge

Being self sufficient and independent is one sure way to gain the respect of a rich man. No one wants to think that they have just bent down to pick up a helpless and needy person with no other prospects, and rich men most generally are weary of gold diggers.

Read about business and things that interest rich men. If you do get a rich boyfriend you will need to be able to communicate with him in a way in which he feels that you truly understand him. Knowing some basics about money and business with provide a basic framework to organize your life that will be valuable. Participate in hobbies and interests so that you will come across as an interesting and upwardly mobile woman.

If you have a business or successful career that drives you it will keep you from appearing to be excess baggage as well as adding to his respect for you. 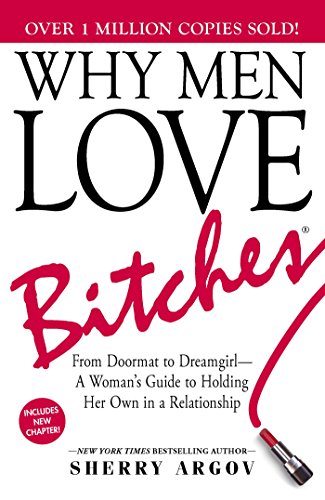