Rose Mary is an Air Force veteran and an Occupational Therapist. She enjoys live entertainment and has been to scores of concerts and shows.

These are some of my favorite love songs, romantic, and in some cases downright sexy. This was my first run, the first romantic songs that came to mind. I’m definitely a music fan, and could probably select several volumes of great songs to set the mood for love, romance and intimacy. The oldest song below is from 1965, and the most recent is from 2001. Overall, I admit a bias for the 70s.

Songs included in this article:

Miracles, by Jefferson Starship really transports me in time. I was in high school, in 11th, when the song came out. I remember this, because I can remember who my boyfriend was. I can remember sitting in his car in my driveway, and hearing this song. To this day, as soon as the opening music starts, I get a jolt, and for a split second, can remember what it was like then. I can almost feel that excitement of being young and confident, and sooooo into someone. The song was written by the singer, Marty Balin, and released in 1975 on Red Octopus. I love the song, but “romantic” isn’t really what first comes to mind. I jokingly refer to it as my all time favorite “Let’s have great sex song.”

Elvis Presley, Mary in the Morning

Now this is a romantic, tender sweet song, and for me an Elvis classic. It was released in 1970 on That’s the Way it Is. Elvis was 2 weeks older than my dad, and Mom was and remains a huge fan. We always had Elvis in our lives so to speak. We always went to the Elvis movies at the theater, and had the Roustabout soundtrack album. I saw Elvis live in Charlotte, N.C. about 1973. One of my cousins loaned me a couple Elvis 8 track tapes back in the 70s, one of which had this song.

Eagles, Love Will Keep Us Alive

I’m a long-time Eagles fan, and especially loved I Can’t Tell You Why, sung by Timothy B. Schmidt. I still love that song, but this one may have displaced it in my affections. It was not written by the Eagles, which is a little unusual for them. The song was released on their Hell Freezes Over CD. I have seen the Eagles three times since their reunion, and they have performed this romantic love song every time. I just love Timothy’s sweet, high voice, which now seems to be his trademark. Interestingly, it may not be his natural range, as I have heard him sing in a more normal range when he was with Poco and solo. I’ve said many times, I could just put him in a box and get him out to sing this song to me every single day.

Hell Freezes Over
I own this CD and DVD. It's one of those albums that doesn't have a bad song on it, the kind you could wear out.
Buy Now

The Beatles, In My Life

I was practically born a Beatles fan. My mom is from a large family, and I spent time with all my cousins growing up. My mom’s oldest sister had 3 daughters. My earliest memories of staying with them was when I was about 4, and the girls were in their teens. I still recall sitting on the front porch in the porch swing, singing with my cousins. I have a pretty good knowledge of the hits of 1964, sung from a porch swing. I have my cousins Judy, Trudy and Sandra to thank for my early knowledge of The Beatles. I love the clean simplicity of this song, originally released in 1965 on Rubber Soul. I think this song can apply to relationships of all kinds. 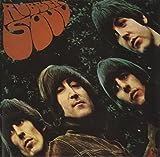 Rubber Soul (1990)
I have this CD, but full disclosure, I have all of The Beatles' studio albums, and a few Imports. In addition to In My Life, this disk includes Michelle, and Nowhere Man.
Buy Now

Elvin Bishop, Fooled Around and Fell in Love

Fooled Around and Fell in Love was released in 1975 on Elvin Bishop’s Struttin’ My Stuff. Admittedly this seems to be a song sung from the viewpoint of a cad. Guy selfishly uses women, with no thoughts of remorse, until he gets bit by the love bug. It’s perfect marriage of music and Mickey Thomas’ vocals however make it irresistible to me.

Bee Gees, Run To Me

The Bee Gees lost credibility with many because of the disco songs. Run to Me was released in 1972, on To Whom it May Concern. This was a good 5 years before Saturday Night Fever. The Gibb brothers are prolific songwriters. The lyrics to this song are truly poetic. What’s not to love about these lyrics: “If ever you got rain in your heart, someone has hurt you, and torn you apart…Run to me whenever you're lonely. Run to me if you need a shoulder. Now and then, you need someone older so darling, you run to me.” Have to admit also, I’ve had a crush on Barry forever.

Leo Sayer, When I Need You

When I Need You, sung by Leo Sayer, is another example of a magical balance of music, lyrics and vocals. There’s an innocence and vulnerability, and a purity in Sayer’s vocals on this song, by Carole Bayer Sager and Albert Hammond. Sayer released the song in 1977 on Endless Flight.

Colour My World was written by James Pankow and sung by Terry Kath on Chicago's second album, Chicago II. The classic flute solo is performed by Walter Parazaider. The song was initially released as a “B side” to Make Me Smile, on the single. It was one of the most popular slow dance prom songs of the 70s. Kath, original guitarist and band founder, died in 1978 of what was reported as an accidental gunshot wound. The song has subsequently been sung by Bill Champlin and Robert Lamm.

Elton John's Your Song was originally intended as the “B Side” of the single with Take Me to the Pilot, but DJs thought otherwise. The song is on John's self titled album from 1970. The lyrics are by Bernie Taupin, and depict an innocent, uncomplicated narrator. The lyrics are classic: "I hope you don't mind, I hope you don't mind, That I put down in words. How wonderful life is while you're in the world."

Van Morrison, Have I Told You Lately That I Love You

Although a prolific songwriter, Irishman Van Morrison did not write Have I Told You Lately. It was written by Scotty Wiseman in 1945. The song was originally written as a prayer, and has been popular at weddings. Van Morrison released it in 1989 on Avalon Sunset. Morrison’s voice is instantly recognizable and perfect for romantic love songs.

Annie’s Song was inspired by John Denver’s wife. He is said to have written the lyrics in about 10 minutes after an inspiring and exhilarating ski run. He is credited with words and music, but the melody is reported to be based on Tchaikovsky’s Symphony No 5. Annie's Song was released in 1974 on Back Home Again. The song has been a popular wedding song. Conveniently, the name Annie is not actually in the song. The song is sweet, sincere and romantic, and Denver’s voice was always as clear as a bell.

The Gipsy Kings are from the South of France, and sing in the Spanish language, although my Hispanic friend Josie says she has difficulty understanding them. I say “Who cares!?” Un Amor was released on Allegria in 1982. I have a couple of their CDs, including Cantos de Amor, which is all love songs. I don’t know what they are saying, but am absolutely certain it is delicious! It is one of those rare CDs where every single song is great. The first time I lived in San Antonio I was able to see them perform twice, and once or twice since I've been back. Imagine 5 or 6 guys all playing acoustic guitar. Several of them play “lefty”. The singer has a very recognizable gravelly voice. Again, delicious.

Cantos De Amor
I absolutely love this CD of love songs by the Gipsy Kings, and recommend it very highly!
Buy Now

Unchained Melody was written by Alex North and Hy Zaret in 1955. The song has been recorded an estimated 1500 times by 670 artists, in many languages. The Righteous Brothers’ version has probably always been the most popular version, but went off the scale in popularity after its key role in the movie Ghost, with Patrick Swayze and Demi Moore in 1990. Sexy? Romantic? How about the lyrics “I hunger for your touch”. Need I say more? The song is available for streaming on Amazon, and on the CD Unchained Melody- The Very Best of the Righteous Brothers, 1991.

I’m sneaking another Bee Gees song in. Wedding Day, written collaboratively by Barry, Robin and Maurice, was released in 2001 on This is Where I Came In. This is like the other bookend, on the other side of the disco years. This was their last release before Maurice died from complications of an intestinal volvulus in a Florida hospital in 2003. Wedding Day is a beautifully sentimental and romantic song. Robin Gibbs vocals are heavenly.