Seven More Reasons Why You Should Not Date a Divorced Man 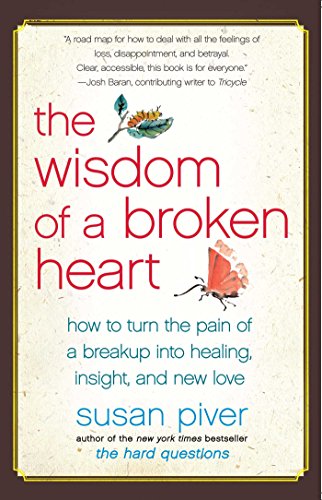 The Wisdom of a Broken Heart: How to Turn the Pain of a Breakup into Healing, Insight, and New Love
Buy Now

A year ago I wrote a hub called “seven reasons why you shouldn’t date a divorced man.” I wrote this hub based on my experience on this matter and the experiences of some people I know. Needless to say, I was overwhelmed with the responses I received. It seems this topic is a sharp nail that hammers through the majority of the human race and whilst some agreed with my hub, most dismissed it as written by a scorned woman. Yes, I do admit I was scorned whilst I wrote it, but then I decided to dig deeper into this and ask people who have dated divorced men and their experiences. It took me three months to interview about a thousand people who have had relationships with divorced men and their thoughts on this subject. I created a forum type of discussion and collected information based on statistical analysis.

The results were very interesting. It shows a real picture of how divorce totally destroys the human anatomy of relationships in all aspects of interacting physically, emotionally and mentally. Even though I gathered about a hundred reasons why dating a divorced man is just not wise, I will elaborate on the seven most common answers that I received.

This was the most common point that all my respondents pointed out on. Here is my favourite answer that was submitted by Eileen Wormack, a dentist who dated a divorced guy with two kids for three years:

“You will never experience the joy of first time-ness. I don’t care if he is the prince above all princes, the perfect and supreme human being, you will never have the joy of experiencing anything first together. He has already had that first time thrill. When he first proposed to the ex, the first wedding, the first honeymoon, the first kid he saw being born, the first time he bought the eternal home with her, the first time they went on holiday together etc. He put his heart and soul into “the first thrill” so when he starts dating you, it is no longer a thrill to him and neither is his heart and soul in it. It’s just another wedding, another honeymoon, another kid, another, another, another. It may thrill you, but you can be thrilled as a singleton so why settle with a bloke you can’t have “the thrill” with? The thrill only happens once and once only in a lifetime so if you choose to date a divorced man, you’re denying yourself one of the fundamental joys of life and trust me no man is worth giving that to.”

This point was submitted by Jacqueline Summers, a beautician who is divorced and married a divorced man with three kids for fifteen years:

“I don’t care what the current status of your relationship with your divorced companion is. The fact is whether you admit it or not, or pretend to be a strong character and say things like “that doesn’t bother me,” or “it’s not like that with us,” the ample truth is you will feel that your relationship with your divorced spouse is not complete. The first marriage he had was complete and accepted and he really did feel whole and complete. With you, it is no longer a complete union. It’s a plaster stuck on his wounded heart that’s providing temporary relief. Yes, you’re in happy land and everything seems hunky dory but soon you will begin to feel the void of dating someone else’s leftovers. You will never get rid of that conscious wondering and comparing yourself with the first marriage from your mind. You can suppress it, but it will creep up in some way or another. No one ever survives dating a divorced guy, whether it’s for a year, ten years, 30 years or even a hundred years. That relationship is not eternal and it will end at some point.”

What is your view on dating a divorced man?

Marion Bradley, a high school teacher, married a divorced man with four kids for seven years had this to say:

“One of the most painful things about getting involved with a divorced person is the lack of security and safety of your relationship. It doesn’t matter even if you get along with his kids and the ex, there is always that feeling of being “the outsider” that lingers around you. At home, when you set the table, the kids always sit next to their father and you’re further out. When you’re chilling at home, you’re always on one end and never in the middle. When you go on family outings, there’s always an invisible divide, for instance, if dad buys an ice cream and licks some of it, the kids will happily eat it but if you buy the ice cream and lick some of it, the kid will not want that and ask for another. When taking pictures together, notice how you are always on either the left or the right, but never in the middle of that picture. If you look at the pictures his ex took with him and the kids, she’s always at the centre. No matter what you do, you cannot replace that position that their mother and his ex had in his life. Hence, you become a daily reminder that their once upon a time happy home is permanently broken and will never be mended.”

You Will Always Be The Last

“The one reason why I would never again date a divorced man is the fact that you will always be last in his life. You will never be that first person on his mind regardless of how your relationship stands. You will never feel the special effect because that honour now goes to the kids. Regardless of how his marriage ended, she will always be the mother of his children and no matter whether he hates or loves her, she has a permanent place in his heart and you are just hovering around it. You can give him your heart and soul and everything else, but he will not reciprocate, not because he doesn’t want to, but he no longer has that special effects feeling. He lost it when divorce crept in. Yes he loves you and is a good, nice guy that looks after you and all that but as an emotional being, women have the ability to feel what someone else is feeling when you spend an ample amount of time with them and you will feel the “last effect syndrome.”

You Are Basically Mary Poppins

“I got fed up with being a constant “Mary Poppins” because that’s what the kids and their dad saw me as, a person that cooks, cleans and babysits. Though I didn’t mind that at first, but it soon became apparent that my permanent role in their lives was that of a maid and housekeeper and not a family member. When we went out, he introduced me as “just his girlfriend,” a title which I began to despise as our relationship went along. The kids called me “the lady that lives with us,” even though we got along fine but this was a heart bruiser. The straw that broke the camel’s back was when one day the elder child needed to fill in a second next of kin on a school outing form and she put my name on it and on relationship she filled in “my dad’s caretaker.” It was then I knew I was kidding myself and wasting my time so I politely exited that relationship and never looked at another divorced man again.”

You Are a Constant Consolation Prize

“Even though I knew the pitfalls of dating a divorced man, I didn’t believe that all divorced men were damaged goods. It was only after the third dating I realized that all divorced men have one thing in common. They are not looking for a new love. They are looking for someone who will help them heal their broken and devastated heart. Hence, you are not and will never be the love of his life even if he tells you so. You are a consolation prize, someone they can look at to help them forget their pain of divorce. In my case, my divorced guy got along very well with his ex and it got to the point where I wondered why they divorced in the first place because they became better friends and she become his confidant and I knew I was drowning so I abandoned ship as there was just no point in going on further.”

You Are Always Alone No Matter What.

“What I mean by that is the constant isolation you experience, particularly if you are a single girl with no kids dating a divorced man,” according to Beth Underwood, a fitness instructor who dated a divorced man with five kids. “Even when we were in the same room together, I still always felt a distance between us. He was no longer a complete free man. I could feel his isolation because there was just this space and void that nobody could fill in his life even though he was divorced for twelve years. No matter what I did, nothing made him whole. In as much as he tried to balance his life between me and the kids, it became apparent that I will never enjoy a fulfilling relationship if I remained with him.”

So to sum this up, this is not a feminist article! I’m simply trying to show you why dating a divorced man is a challenge and not worth it as there are more cons than they are pros. Divorce does not only hurt the immediate family, but it ultimately destroys anyone that comes in contact with them. It is a contagious plague and I don’t care who you are but if you are in a relationship with a divorced man, prepare for it to end because it will end.

The author of this hub is a statistics and data reconfiguration analyst. 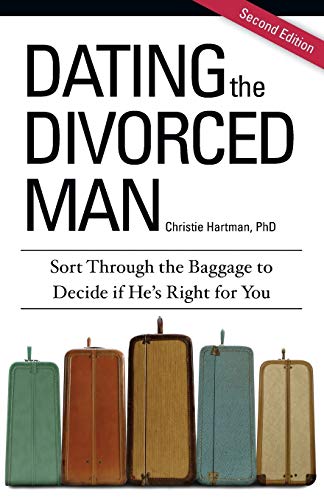 Dating the Divorced Man: Sort Through the Baggage to Decide if He's Right for You
Buy Now