Going Parking at Lover's Lane? Are you sure he/she isn't already married? You'd better ask DIRECTLY...or else Skinned Tom might find you and teach you a lesson. 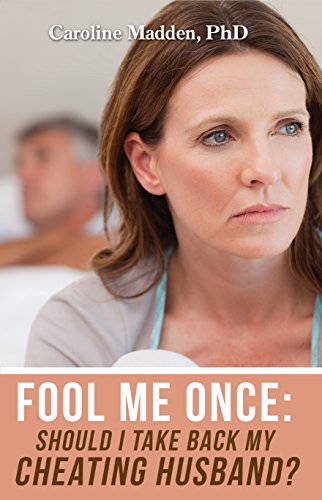 Fool Me Once: Should I Take Back My Cheating Husband?: Infidelity in Marriage (Surviving Infidelity, Advice From A Marriage Therapist Book 2)
Buy Now

Tom Was A Handsome Guy

Here's how the story goes:

Tom was young and attractive. He liked the ladies and the ladies liked him, too. He dated a lot, and once he'd dated the best picks from his own hometown, he 'went looking' in the next best place - the next town. He didn't have to look long, and began dating a sweetheart, though she had a secret she should have told Tom.

She was already married.

To and fro, back and forth from town to town he went almost daily, carrying on a heated romance with his newest sweetheart. It wasn't long, however, until the woman's husband chanced upon some small town gossip and learned what everyone else seemed to know well ahead of him - that his wife was being bedded by a young attractive Tom from out of town.

The husband wasted no time in enacting a plan to catch up with Tom. At the soonest opportunity, he told his wife that his job would place him out of town for the weekend. Nothing seemed amiss and his wife accepted his notification without question. The husband departed from the house on Friday, parked his vehicle elsewhere and doubled back on foot to hide in the woods behind the house for a while until evening.

Sure enough, early in the evening, Tom showed up, picked up his sweetheart to take her out to a Lovers Lane and do what lovers do. Just as things were warmed up, with Tom and sweetheart hot and heavy for each other in Tom's car, the car door was wrenched violently open!

Tom found himself face to face with a huge, terribly angry, knife-weilding fellow!

"That's right, you cheating *%$*!!!" her husband yelled, "And I'll teach you a lesson you'll never forget, too!" He pulled her off Tom, clear of the car, and rammed the blade of his hunting knife into her stomach, then flung her aside.

Sneering like a madman, the husband turned back to Tom, who blurted "No - don't hurt me - I swear I didn't know she was married!"

This revelation didn't pull any effect whatsover on the madman husband, and he dragged Tom from the car and skinned him alive with the hunting knife.

Immediately afterward, the husband left Tom for dead, drove himself to the authorities and turned himself in.

Only by a miracle, once the police arrived at the crime scene, they found that the wife was seriously wounded but still alive. Police searched the area diligently but Tom was nowhere to be found near or at the crime scene.

Some say Tom lives in the woods around Lovers Lane, hiding his disfigurements where his once handsome features stood out. He still carries the hunting knife - the very one used by the angry, revenge-exacting husband, which took the skin off of Tom. Some say he uses that knife to teach others the same lesson he learned on the day he was skinned.

There only seems to be one version

For some reason, this urban legend only seems to have one basic version and no traceable spin-off versions. I've been looking all over the net for years and asking storytellers anywhere I can - to find out if they know a different variation and have come up empty-handed.

Perhaps the graphic nature of this legend is enough for people to leave it very well alone... imagine the pain a person would go through having his skin removed! The idea of this will make pretty much anyone cringe.

A few other things a little different about this urban legend versus other legends is that this one contains very specific roles and transgressions of societal (some argue, legal as well) rules. Also, this legend projects consequences onto what might be an innocent character, which usually doesn't happen too often in urban legends containing specific moral prescriptive.

Other legends can incorporate a few different character sorts into the roles but the Skinned Tom legend contains a definite husband, a definite wife and a definite new boyfriend (Tom).

For example, in the hook legend, although the roles are definitely in place for a girlfriend and a boyfriend - these could be any female and male. With the Skinned Tom legend, I've never heard it told with a girlfriend and boyfriend who have agreed upon a monogamous pairing and where the female breaks that agreement. For this latter legend, it can't just be any random boy and girl - in fact - the characters are also ADULTS, not just two teens messing around with dating activities.

In the Skinned Tom roles, in the telling of why Skinned Tom gets skinned in the first place, it is because of not only a societal transgression by the wife but a personal one, too - the breaking of intimate marriage-related rules by Tom and the wife. The new boyfriend gets in between both the societal rule and the intimate marriage promise-to-be-faithful, and even though the wife has been dishonest, it is the new boyfriend who receives the worst punishment for breaking rules.

Is this legend an attempt to entrench the above idea into society? That women only have control through manipulations and that men are simply violent?