The Man Who Wanted to Become a Barbie Doll

This is the story of Nicole Sanders, who you may have heard of by her stage name, Nikki Exotika.

While she was born a man, she was and is transsexual.

She had transgender surgery years ago to turn her into a woman, but that wasn't enough for Nicole.

She had a life-long fascination with Barbie dolls, and set out, with the help of plastic surgery to turn herself into a real-life Barbie doll.

All of us, if we look deep inside ourselves, can understand that some people are simply born in the wrong bodies.

In society, there is only male and female. There is no third sex, although it could be argued that there is. The sheer numbers of men who want to be women suggest there could well be a race of people who are neither men nor women, but who feel the necessity to be one or the other, thanks to societal pressure.

The teenage years can be a nightmare for young people with transgender issues, and many attempt suicide as the pressure becomes too great.

They have no-one to turn to for help, as no doubt their parents are what are considered to be normal heterosexual men and women.

Now that the internet has arrived in every home, it is hoped that young people with transgender issues can find the help they need online to accept themselves for what they are. 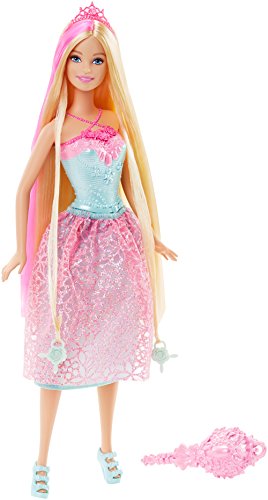 Jason Torres was one such child. His childhood was marred by playground bullies because he was different.

Growing up in New Jersey, he liked to play with dolls, especially Barbie dolls. He hung around with the girls, feeling like one of them.

He felt he was a girl trapped inside a boy's body, all his life.

Things came to a head when Jason was just 16 and he attempted suicide by swallowing 100 paracetamol pills.

His life was only saved by the quick action of medics after his mother found him lying unconscious in the family bathroom.

After a 2 month stay in hospital during which time Jason was offered professional counselling, he came out, knowing the he wanted to change from a man to a woman.

His parents did not understand his issues, and a few months later, they kicked him out.

Jason spent a year living on friends' sofas, before moving to Manhatten at the age of 18, and soon found work as a dancer in a gay nightclub.

At this point in his young life, Jason came into close contact with drag artists and he began emulating them. He was struck by their beauty, but soon found himself out of work when he starting going into work with long blond hair extensions.

He said "They wanted pretty boys and I was turning into a pretty girl instead."

Jason took the name Nicole Sanders, and soon found other work dancing in normal nightclubs. From there, she was spotted by a talent scout, and was soon signed up to dance at the big New York clubs, where she came into contact with many rich men who thought she was beautiful.

Her earnings shot up, and she was able to pay for sexual reassignment surgery that completed her transformation.

She'd wanted to become just like the Barbie dolls she had so loved as a child, but her slender body still resembled the male body she had been born with.

And so, with the help of some of the many rich boyfriends she had met along the way, she began an amazing series of operations, to mould her body into one that made her look like a real life Barbie doll.

as well as her gender reassignment surgery, costing a total of more then $300,000!

Her love affair with having surgery only ended when she had some botched jobs done by the now-disgraced plastic surgeon Brad Jacobs who has since been struck off for malpractice.

Fortunately, a surgeon in L.A. was able to correct the mistakes left by Brad Jacobs, but the experience has scarred Nicole so much, she no longer wants to go under the surgeon's knife.

Nicole Sanders is a singer/songwriter as well as a dancer and model, and goes under the stage name of Nikki Exotica.

She is already famous on Youtube where she has several videos showing her stage performances as well as videos containing surgery tips for those wishing to change or improve their bodies.

She is hoping to move into TV/acting work, and has already appeared on TV documentary 'Tears, Tiaras and Transsexuals', which showed Nicole and others competing in The World's Most Beautiful Transsexual's Pageant.