When someone speaks about the "May-December Romance", they're referring to a romantic relationship in which one partner is considerably older than the other partner. This is no specific age gap which meets the requirements of the May-December Romance. It's merely a general term which applies to relationships which have a wide enough age gap to cause people in a society to raise their eyebrows at the relationship. This can vary significantly from culture to culture so there's no cut-and-dry rule when it comes to defining this kind of relationship.

Gender in the May-December Romance

Pros and cons of the May-December Romance

It's important to remember that the nature of any couple's relationship depends upon a number of different factors including their personal histories and personalities, their views on relationships and the way that they interact and communicate with one another. For that reason, it is impossible to say definitively if a May-December Romance is a "good thing" or a "bad thing". It's also as impossible to say if one of these relationships will work out as it is to say that about any relationship.

However, there are some basic pros and cons that you can consider when you are assessing this type of relationship in your own life. They are general and should be looked at with a wary eye as you consider whether or not you want to engage in a May-December Romance yourself. They should also be considered cautiously whenever you are making judgments on this type of relationship when faced with a friend or family member engaging in it.

In general, the pros of the relationship include stability, learning from one another and lust. The latter is what tends to drive these relationships initially but that can be said of most relationships. It tends to merge into a sort of infatuation/appreciation that works for many couples over time. In general, these relationships tend to be more stable than other relationships because the older party tends to be patient and forgiving in a way that isn't true when dealing with your peers. The age difference tends to create a learning environment because each partner is in a different stage of life (and perhaps comes from different generational beliefs) which means that they are regularly faced with the opportunity to educate and inspire one another. These are all things that contribute to the positive end of the relationship.

On the flip side, there tend to be some power imbalances in these types of relationships. That stability can turn into a patronizing attitude that leads to resentment in the relationship. Additionally, there are a myriad of problems that being in different life stages can present. The biggest is whether and when to have children together. There are also problems with being in different career stages and having different priorities in life because of age. These are certainly problems that can be overcome but are challenges that tend to be present in the May-December romance.

One of the ways that we get exposed to relationships such as these is that we see celebrities going through them. There have been many famous May-December romances over the course of history. Just a few of these famous couples (whether or not they are together now) include:

The Intrigue of May-December Romances

There are a number of reasons that we as a society are interested in May-December romances. (We're so interested, in fact, that there are quite a few movies that feature this kind of relationship. See the list of such films at Wikipedia in the links below.) For one thing, this kind of relationship used to be highly taboo and there's still an air of that about it; taboo always gets our hearts racing and our noses prying just a little bit. Additionally, this type of relationship isn't the norm (although it's becoming increasingly common) so we're curious about what it's all about.

In addition to dealing with your feelings on your own and with your partner, you need to address the fact that there are going to be people in your life who don't agree with the May-December romance that you're having. You need to figure out how you want to deal with those people so that they don't mar your relationship with their judgments. In the end, whether or not this kind of relationship is right for you is solely up to you to decide. 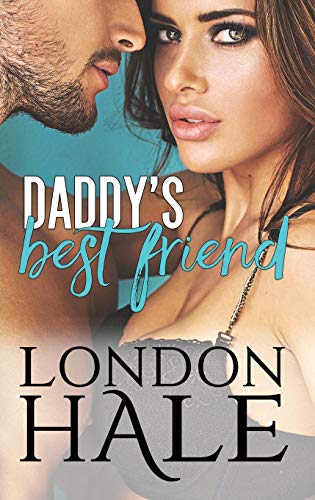