What if Women Court Men?

Hey, what do you think about this?

Find out how and what we discovered...what would be the impressions of men to these women? Do they enjoy being courted by women? And so much more!

Researching is troublesome… tiring… it was like swimming out of the ocean where I find myself trapped in the depth and in the dark. I just have to keep on swimming…to find light and to reach hope… it was just like what Dori did with Marlin to find Nemo… “Just keep on swimming…just keep swimming”, she sang.

The social experiment we chose was based largely on stereotyping and social norms. Since we are all females in the group (and still singleJ ), we wanted to see how males would behave if females would do the things they do. What if we, women will deviate on their stereotype roles and begin initiating courtship to men? We just thought… and so we imagined… we conceptualized… and then we plotted the whole plan for that social experiment.

Ponette and I would play the roles of women deviating in the stereotyped roles of women in courtship. We would initiate courtship to male students. We’ll get their numbers and speak words that will imply our ‘deep interest’ towards them, such as, “when will I see you again?”, “is this is the place where you always stay?”, “I always saw you in the class of Prof. ________” , I find you cute so… may I have your number?” , “I will text you… please reply Ok?” … and other lines like that.

At first, we perceive that this social experiment is fun, at least for one week, Marynel and I, would play different persons. It was exciting. We decided to exchange names. I became Ponette and she became me.

However, when the real work began, I found myself hesitant, nervous and scared. I admit, this is the most time-consuming part. How could I just find a male student that I can approach as a subject? How can I just start the conversation without being obvious that it’s just for a study? Hmm… just how many times I inhaled deeply before approaching a male student? One…? Two…? I just can’t remember. But to cut the long story short I made it to 9 male students. Ponette did 11. (However, on the time of debriefing they weren’t available, so we had to reduce by 15)

It was just amazing, to see just how they react, emote and respond. However, there is one thing which jeopardized me as the study goes along, it was the fact that most of my subjects believed that I really had a crush on them. Of course it wasn’t true. It was all for the study’s sake that I came in their place and started smiling sweetly as someone who’s so much into them.

And so to speed up the research since we were running out of time (and we really ran out of it!), we debriefed the subjects in response to the plan adjustment that we did. One by one, we interviewed them and asked them to answer the survey sheet as post test. Of course there was disappointment. As I empathize, these respondents felt that they were fooled, that we caught them off guard and that we had given them false hope. But what can I do? It was just a research and we can’t move farther than that…even them.

By the way, this was done in the Philippines, so, culture is a great factor. If you're a Filipina... this may be of great help to you..but if not... well, this is still good to know... at least we're talking about men... and men are just...everywhere!

I Am Number 8: Overlooked and Undervalued, but Not Forgotten by God
Buy Now

So here are our juicy findings:

1. Majority of men still believes on the traditional custom of the Filipinos in courtship that is, men should initiate courtship rather than women. This is true especially if the guy wants to settle down and have a serious relationship. But if he's up to a short time relationship... he won't mind whether its him or the women to initiate.

2. Men believe that women should remain traditional in accordance with the gender stereotyped roles in courtship. However, most of them easily developed good and positive impressions towards the women who initiated courtship to them. Thus, it is not impossible that when women initiate courtship, men would just reciprocate the feelings that women give them. They just can't resist women!

initiates the courtship. Men enjoy the idea of having women

initiate courtship on them yet, they highly prefer to remain

traditional in terms of the customary existing in the Filipino

context of courtship. Should you feel bad about this? This gives

a hint that although girls initiate courtship on them (and guys

women doing those things to them!

4. Men do not think that when women approach them for a flirty reason, their dignity as a woman is being degraded. In fact, they thought that they are cool, friendly and liberal.

5. Although most of men up to now remained traditional, this does not mean that they'll ignore the women and make them feel bad for not acting to their gender roles.. some considerations also influenced their actions such as on how a woman approach them, the setting where a woman would initiate courtship and lastly, the physical attractiveness of woman approaching them. Better be good and friendly! But be careful not to be too obsessed... guys get scared also...

Ah! Researching is tiring…but the joy to find what we are searching for is… incomparable.It was a lot of fun and surprises though ^_^ ! 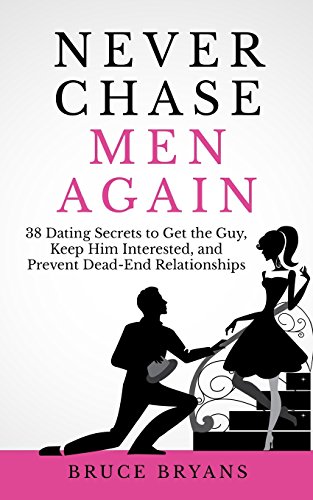