Why I Nursed My Child Until She Was 4

Should this really be that shocking?

I don't normally talk about my breastfeeding experience, I mean not in detail. My close friends know that I breastfed for a long time, and a couple of them did the same, so they are not judgemental about it.

But when talking to other friends, who perhaps haven't known us for so long, I have to gauge their feelings a bit before I elaborate on how long we did it.

I don't want to cause offence, or shock them - and some people, for all their liberal views on everything else, seem to shock all-too-easily on this particular subject. A big part of me feels that there really are better things to get shocked about, and indeed to worry about at all. But hey-ho.

Despite my initial reservations, I was inspired to write a hub about our breastfeeding experiences after seeing a forum thread on breastfeeding a child of 8 years old, and some of the negative comments that people were making on what has become known as "extended" breastfeeding.

These included some truly horrified reactions to any form of extended breastfeeding, (where extended could mean anything from 6 months onwards).

If you met me you would probably think that I was quite a normal person. Not too hippy-fied, or "out-there", or other stereotypes that people attribute to longer-term breast-feeders.

And like most women who breastfeed for several years, this isn't exactly what I had set out to do. It wasn't a plan.

You don't usually plan to nurse a 4 year-old, especially when it's your first child.

(And don't think about how it would be if you suddenly started nursing your 4 year-old - that's not a fair comparison! Rather, when you've nursed your child every day of their life it doesn't feel strange at all).

Well before getting pregnant I had no views on breastfeeding. I hadn't really had any reason to give it any thought. But on learning I was pregnant it was suddenly a no-brainer.

When you're pregnant, along with your baby you develop milk in your breasts. For the baby. This milk was obviously what she was meant to drink, so drink it she would.

Our National Health Service guidelines were to breastfeed for the first six months of baby's life. Now when you've just had your first child, six months into the future sounds like an eternity. And at first breastfeeding was a bit hard for me - I'd never done it before after all - and I wasn't confident that my daughter was getting enough milk or that I was doing it right. So my initial goal was 6 weeks rather than 6 months!

But before very long my daughter plumped up, and it was obvious that she was thriving. I was also lucky to have a helpful midwife and nursing friends around me to boost my confidence. At some of the baby groups we went to it wasn't the norm to breastfeed. So I can see how easy it might be for somebody to decide to stop breastfeeding early, or to not do it at all. The support I received was key, along with the strong-mindedness that seemed to come from nowhere, to do the best for my baby. 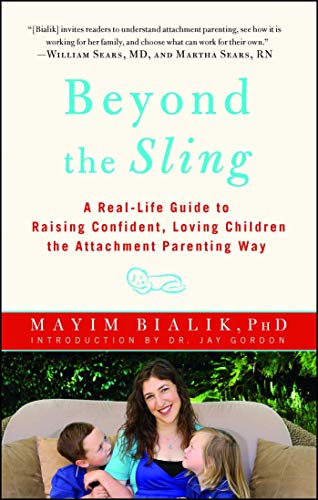 So, when are you going to stop?

It got easier, and before long felt totally natural. I was giving my baby exactly what she needed, she was obviously happy and so I was happy too. So simple - what more did either of us need?

And so soon I couldn't imagine not nursing. The months flew by, and soon the months became a year. We both loved it, and of course I also loved the convenience of not having to take out loads of bottles and feeding stuff.

Nights were also a breeze as our daughter was in our bed a lot of the time, and when she woke up for a feed all I had to do was roll over slightly! No getting up in the wee, small hours for me.

So my new goal - this time a goal for stopping breastfeeding - became 2 years old. I only felt the need to have a goal at all because lots of my family and some of my friends would ask "so when are you going stop breastfeeding?"

I picked two years because the World Health Organisation recommends nursing until your child is 2. (This is of course along with solid food. When people talk about breastfeeding older children, there are always a few who worry that you mean the child will only consume breast milk. Extended breastfeeding does not mean starving your child!)

As the two-year mark approached, I knew that this wasn't a proper goal and it wasn't going to stick.

My little girl was still thriving on my milk, and still loved nursing. I couldn't imagine either of us ever wanting to stop!

It gave us both an amazing sense of calm, and I loved the special closeness we got from feeding. It gave instant relief for any bumps, tumbles or 2 year-old feelings of injustice. And it felt great to know that however fickle she might have been about her food (and she had fickle times like any 2 year-old), she was getting the extra nutritional boost from my milk.

But best of all were the health benefits my daughter got from feeding until 4.

Compared to her non-feeding friends she got very mild versions of the illnesses that were going around, as she benefited from my immune system as well as her own. Chicken pox involved a mere three spots, and none of them itchy. And despite all the allergies in both my and my husbands' families, she didn't suffer from any of them. Conjunctivitis and sniffles were easily abated with a squirt of mummy milk, and stomach bugs were a mild distraction.

When 2 years came and went, the idea of a goal changed to an idea, that my daughter should choose when she should stop feeding. Who would have a better idea of when she was ready? Not the doctor or the health visitor, not even me.

As she started pre-school at 2 and a half and then nursery school at 3 years old, she became a lot more independent. She was busy playing with her friends and didn't need to feed so much during the day. So it was tailing off gradually. And by the time she was nearly four, she was only feeding when she thought of it.

At four my daughter was only breastfeeding once or twice every few days. And I was suddenly beginning to feel like I needed to stop. I didn't think it would ever happen to me, but I started to get a strong feeling that I wanted my body back! (Up until then we were sharing it, and that had been fine!) When she wanted to feed, it was now very easy to distract her with a toy or a snack, whereas earlier on distraction had been nigh on impossible. I know I was extremely lucky that by the time I was ready to stop, my daughter was too. (Or pretty much).

Now my daughter is a very sociable and well-adjusted 7 year-old. She's very normal, happy, confident and intelligent, and she has lots of friends. Of course I don't have a "control child" who was not breastfed until the age of 4, so I can't tell you how she would have turned out had she not nursed for so long. But all I can say is that this is how it turned out for us, and it was right for us.

I know that not everybody is as lucky as we were, some women find it easier to nurse than others, and some cannot do it at all. For those who are lucky enough to be able to it, I also know that extended breastfeeding is not for everyone and would never judge how other people choose to nourish their children.

Everybody's different and everyone has to decide what they think is best for them and their child. This is just what worked best for us. And this is one example of how someone can end up breastfeeding their child until they are 4.

How Long Did You Breastfeed?

If you nursed your child, how long did you do it for?