Why Marriage Fails, is a Bad Idea, and Why Relationships don't Last Anymore.

Tessa Schlesinger developed an interest in human behaviour and ethics while studying anthropology at the University of South Africa in 1975.

The four aspects of marriage

There are four pillars to any marriage or romantic relationship – chemistry (sex), emotional or feelings, mutual goals and interests, and the practical aspects of living together. The statistical chances of meeting someone where all four work in perfect harmony are not high, and normally, there is quite a lot of compromise in marriage or in any partnership. It’s no wonder that courtship can be thought of as a dating duel

So what is chemistry?

I’m sad to say that it’s instant lust where two people happen to be each other’s physical types!

We are patterned when we are tiny mites by feelings of delight we have when our opposite sex parent, relative, or friend does something nice like touch us affectionately, tickle us, or give us a hug or a kiss. At an unconscious level, we remember that and when we meet someone similar, we automatically feel drawn or attracted to that person.

More esoteric explanations tell us that our energy fields or auras blend in a moment because they are compatible with each other and we are soul mates. Astrology tells us that if our love sign (Venus) is compatible with our partner’s love sign, there will be chemistry (surprisingly enough, I have experienced this, perhaps coincidentally, to be true). In societies where marriages are arranged (In India, 80% of marriages are arranged), chemistry supposedly develops as time goes by.

Chemistry, however, does not last forever anymore than it means that the other areas of a relationship are workable. The princess can be attracted to the dock worker, and the giant intellectual can drop his boxers at the sight of the blonde bimbo.

Unhappily, mostly the chemistry fades over time. Sometimes this is because boredom has set in while other times the characteristics of the partner become less attractive.

In order for marriage or permanent relationship to work, the four aspects of any relationship need to be in alignment.

The human condition appears to be ruled by feelings – feelings of anger, contentment, fear, satisfaction, empathy, compassion, love, horror, affection, and shades and mixtures of them all. In romance, initial attraction is often more about chemistry than affection, and often that attraction is confused with love. Definitions for each of them help us to clarify and understand exactly what we are feeling.

It can be difficult to understand what us to have feelings. Some say that it is our thoughts that generate our feelings so, for instance, if my eyes tell my brain that there is a deadly snake ahead of me, my body instantly responds to my thought, and fear kicks in. Others will tell you that your emotions determine your thoughts, so that depression makes you think sad thoughts. Still others believe feelings to be the fundamental part of themselves, and if their feelings aren’t 100% happy, they mope until they are.

Consider that in relationships, it not so much what we give in terms of feelings to another, but what the other gives to us. If it was simply about our love or affection for another, it would be easy to stand back and love from afar. But it’s not. It’s the fulfilment of our need to be loved to makes us so heady when we are in love. When two people are giving to each other, both partners are satisfied.

They met at a school camp!

Okay, that was an extreme example, but it’s vital that interests and goals complement each other, and that both partners are moving in the same direction.

If one partner wants children and the other doesn’t, it is an area of conflict. If one partner is a party animal and lives for the next social outing and the other hugs the bedroom with books, it causes separation. Far from opposites attracting, they merely compensate for characteristics lacking in either party. This works for a while, until one or both of the partners overcome their ‘lack,’ and then there is no more glue holding the relationship together.

For two people to have joyful conversations together, there have to be strong areas of mutual interest – travel, politics, the sciences, religion, the arts, or something. If one person’s joy comes from dancing and the other partner can’t or won’t dance, at some point resentment festers.

Some time back there was an article in either the Guardian or the Daily Mail that the biggest reason for divorce was not money but the tidiness or lack of it in one partner. There is nothing that separates a clean freak from a dirty doer than stinky socks and underwear lying on the floor while the other has to pick it up.

Recently I heard a previously happily married widow say that she would never get married again because she didn’t want to pick up dirty socks and other personal items. Ironically, when she set out to ensnare her man, she did everything to make him need her, including picking up after him.

In any partnership, the practical aspects have to gel. There has to be sincere agreement as to the obligations each partner has. Will house work be shared equally or will the bulk of it be on the woman? Will the man play the traditional role and support his wife?

While living in America, a South African friend told me that she was upset with her American husband because he expected her to work. She had told him that South African women do not work once they get married. (That was her generation.)

Probably the best way to ascertain whether a relationship is going to work on a practical basis is to generate a questionnaire and let each partner answer the questions. That way potential conflicts can be agreed upon before the wedding. I don’t think it’s too intense to write these up in some sort of ante-nuptial contract.

Are you compatible with your partner in all four areas.

Marriage - a contract to live by

In days of old, marriage was simply a way to satisfy human need for financial security, safety, comfort, and for the propagation of children. The old aristocracy and kings of Europe also married to produce an heir. Love was not a requirement, but simply a pedigree mare. Separate bedrooms were the norm, and if the French and the Italians felt a little love on the side was the norm (my late father certainly did), most women of the time were taught that they had the house and the rest didn’t matter. 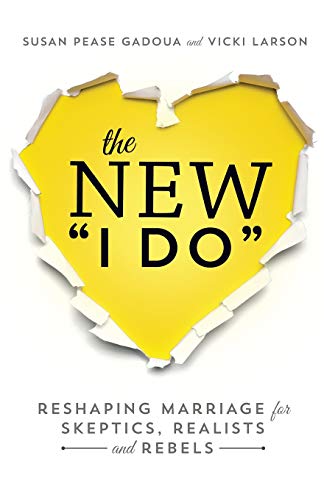 The New I Do: Reshaping Marriage for Skeptics, Realists and Rebels
A review from Amazon: "If you think a 50 precent divorce rate is an acceptable statistic, then I suppose you don't have to read this book. For everyone else, this book will give you permission to think out of the box."
Buy Now

So why and when do marriages last?

In my opinion, the likelihood of marriage providing us with life-long chemistry (lust), emotional satisfaction, interests and goals which draw us together, plus the ability to run the practical aspects of our lives in perfect harmony, are not high statistically.

Yet, quite undeniably, some marriages do.

When we meet someone in our school days, when our interests and goals aren’t yet fully formed, we formulate them together, and subsequently grow together. This is much easier than finding someone who is similar to us.

Occasionally, people do meet others where the marriage is a lifelong union. The older and more set in habits people are, the less likely this is to happen, so essentially, the best factors for a long and happy marriage are: