Are you proposing to her for the Wrong Reasons? 6 Worst Reasons to propose marriage to a Girl

Are you proposing to her for the right reasons?

What are your motives for popping the Question? Given below are 6 worse reasons why a man may propose a woman. 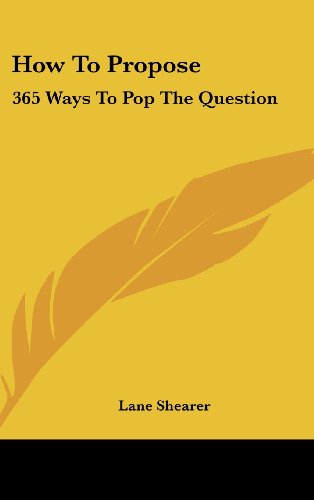 How to Propose: 365 Ways to Pop the Question
Buy Now

6 wrong reasons why a man may propose a woman

Given below are 6 wrong reasons why a man may propose a woman. If you want to pop the question for any of the motives listed below, think twice.

Are you popping the Question because you want to or are you doing it because you feel compelled to? If you are proposing a girl because of wrong reasons, think again!

Will you get married to please your Parents?