Your spouse is a gay, here's how to handle

The title itself is a sharp indicator of what being a homosexual in the subcontinent is still like. Having to fess up like you are some sinner, if you are a gay man or a lesbian woman or a bisexual individual is still the existing notion in our society thanks to the gross intolerance and extreme insensitivity to homosexuality that still prevails. In that society you get married and post the big fat wedding your spouse reveals that he or she is not a heterosexual. Here are a few ways you can face the music:

That moment when your spouse introduced you to his/her deepest secret and your greatest fear, you are bound to experience a tremor in the ground below your feet varying in intensity from mild to strong. This experience is highly relative to the levels of suspicion you had about your spouse’s alleged homosexuality. But there will be definitely be a certain degree of tension after the revelation. The first response would be to kick, cuss and curse him/her and your ill fate altogether. During times like these the strength of your marriage is tested whether it is industrial grade or not.

It's only normal to feel hurt, cheated and possibly even self-doubt! However, the fact that your spouse is gay tells something about their personal & natural choice and has nothing to do with you.

Once your top that had previously blown away has come back to its rightful place, remember to:

Once you are done nursing the bruised ego and the betrayed trust it is time for the big event, the ‘sit-down’ with your homosexual spouse.

Analyze the situation; take a trip down the memory lane to reflect upon why you even got married to this person in the first place. During this tricky tell all session with your spouse ask him/her what is it that he/she wants and why the revelation had to happen at this point into your marriage.

Marriage is about LOVE! So, take some time off to find out, if your reaction is coming out of love or hate. 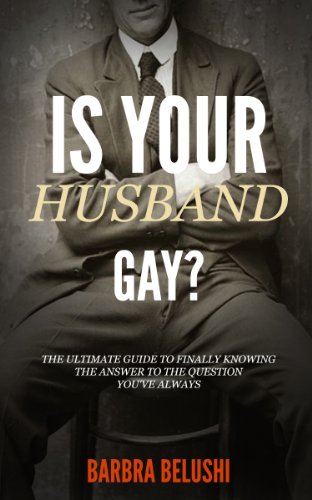 Is Your Husband Gay? | How to Confront Your Questionable Spouse and Deal with Your Confusion |
Buy Now

Marriage is a lot of work, secrets, compromises, fake smiles and orgasms. But marriage can also usher some wonderful blessings into your life. Weigh them out and find out what weighs more than the other. Your marriage is a good one, if you and your spouse are life partners to each other and your marriage sucks big time, if you have become life sentences to each other. This is that moment in your marriage when you have to turn the limelight on you, your spouse and whether staying or separating is the right choice for both of you.