Sex: Is bad sex a “legitimate reason” to end a relationship?

Recently I came across an article asking readers two questions regarding lack of sex or bad sex in connection with ending a relationship or marriage. Like most authors that write on this subject this one surmised that "bad sex" was not enough of a reason to end a marriage. Despite the numerous books written and workshops dedicated to helping couples find ways to bring back passion into their relationships there remains a large group of "experts" who insist on downplaying the significance of sexual compatibility in relationships and marriages.

Some folks go as far as to "belittle" an individual for suggesting sex is a major key to having a happy relationship. As I have often said there is no "right" or "wrong". There is only "agree" or "disagree". Everyone is looking for someone that "agrees" with him or her on things they consider to be important.

Below you will find my response to the two questions that were asked.

Do you think bad sex is a “legitimate reason” to end a relationship?

First of all it’s important we understand that each of us gets to set our own “deal breakers”. Personally speaking I do believe a lack of physical intimacy or alienation is a legitimate reason to walk away. Ending a relationship over sexual incompatibility beats cheating any day!!!

Do you feel that it's more than just good sex that keeps couples together?

Of course it takes more than good sex to keep a relationship together but if a 4-legged chair is only missing 1 leg you still can’t sit in it.

If someone is hungry and they have no food in their home they aren’t going to stay “home” and cry themselves to sleep. If they have the means they’ll go to the store or a restaurant.

The underlying spirit of a “monogamous relationship” or marriage is the belief that one is “forsaking all others” because they have someone “committed” to fulfilling their sexual needs. A relationship without sex is pretty much a great “friendship” and a marriage without sex is little more than being “roommates with the same last name”

Sexual desire is (one of the key differentiators) that distinguish relationship love from paternal, sibling, and friendship love. Life is a “personal journey” and each of us is responsible for our own happiness.

If you are not getting what you want in your relationship then it’s up to YOU to decide if it’s a “deal breaker”. Don’t ever let anyone else tell you what to put up with. It’s your life! Take the wheel!

Communication is not an “Ask and it shall be given” proposition. It’s simply expressing an idea and having the other person acknowledge they understood what you said. Just because you don’t get what you want afterwards does not mean there is a “communication problem”. You’re just with someone who has different priorities. Ultimately we are all in search of someone who wants what we want.

The reason we enter into relationships/marriages is because we believe we have found “the one”.

People love to put the onus on the "unhappy person" to (fix a problem with communication). Why doesn’t the person who is “happy or content” (announce/communicate) to their mate they intend to stop having sex or plan to put in a halfhearted effort? Making a major change in any relationship should come with some type of notification.

Usually when someone is not doing something they are fully aware that they’re not doing it! They were just hoping you would not have the courage to bring it up or complain about it. Very rarely is what you have to communicate a “newsflash”! It’s just as important for the person who has decided not to do something to communicate their decision instead of hoping they can get away with a “bait and switch” once their mate is emotionally invested in the relationship. It’s not uncommon to hear someone say, “He/She is not the same person I fell in love with.”

I cannot think of any other scenario where people actually believe if you stop doing something things will remain the same. We know if we stop going to work we are bound to lose our job. If we stop exercising we will gain weight. If we stop paying our mortgage we will lose our house….etc Every action or none action has a consequence. The same holds true when it comes to having bad or no sex in a marriage or relationship.

We’d all do better to remember the lyrics of the old Impressions song, “The same thing it took to get your baby is the same thing it’s going to take to keep them.” 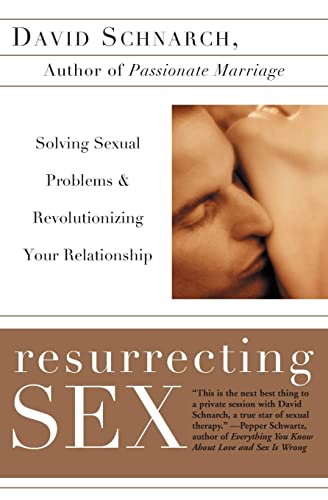