Cheating in a Paternity Test

Is it possible to cheat in a paternity DNA test?

People seeking to do a paternity test often worry about test participants can cheat. The article explores some of the main ways in which people try to cheat and the ways in which DNA testing companies will most likely catch them out. If you are thinking of a paternity test- an at home paternity test- you must rely on the honest of the people taking part in the test to not try to be devious by submitting the wrong samples or attempting to alter the results in any way.

How do people cheat in a paterntiy test?

One can attempt to cheat in a paternity test; yes it is possible. There is in fact a number of ways in which people normally cheat and this article will help you understand more about the methods employed by cheaters but will also tell you how they can be avoided.

Home DNA paternity testing saves time and costs. You can collect the DNA samples in the comfort of your own home and when you are done doing this, you send these off for laboratory testing. Typically, DNA testing companies will send you a paternity test kit to help you collect the samples. The fact that you and the people involved in the test will collect their own samples makes it in fact possible to cheat in the test.

How do People cheat in a Paternity DNA Test?

The test is done using mouth swabs. Using these is very simple-just rub the swab on the inside of the mouth in order to collect DNA. One must, however, be careful so as not to contaminate the swabs as this may make the DNA samples useless for testing. Sometimes people will do it deliberately. They may for example, use the same swab for the child and for mother. In this case, laboratories will immediately detect a contaminated DNA sample that contains the DNA of more than one person or what is referred to as multiple DNA profiles.

Other times, test participants will try switching swabs hoping to alter the results. They would, for example, place the father's swabs in the mother's envelopes. Again, a control measure for all DNA samples being tested in a serious laboratory is the testing of the amelogenin sex gene. This gene essentially tells you if the DNA sample being tested is male or female. If the envelope containing the mother's swabs is tested and the DNA turns out to belong to a male, then testing will be stopped and the client contacted. New DNA samples will have to be re-submitted and the necessary paper work for a paternity test also filled in once more and re-sent along with the new samples. This means also having the whole test delayed.

Other desperate and totally futile attempts involve swabbing animals or purposely not following instructions by eating, smoking and drinking just before swabbing; again, all these tries at cheating will lead to inconclusive testing. other cases involve asking a friend, who is not meant to be in any way involved in the test, to submit their DNA sample- in other words, for example, instead of submitting a DNA sample from the alleged father, the alleged father himself will get a friend to submit a sample instead of him. This will mean that the results will show an exclusion for paternity and the alleged father will not be the biological father of the child although in reality he may well be!

Basically, when one cheats in a paternity test, they will just incur more costs and waste more time. The laboratory will stop the test; you will be contacted and be informed that the samples could not be tested and you will either need to pay for a new test or re-submit swabs at a cost as testing will need to be re-done.

The vast majority of people doing these tests would never cheat as they simply want to establish the truth and everyone involved to get on with their lives. One can conclude that to try and cheat in a paternity test will lead to nothing; cheaters will get caught out.

The psychology of cheating and deceiving

Why are people motivated to cheat? What is the evolutionary purpose and how to spot a cheater? 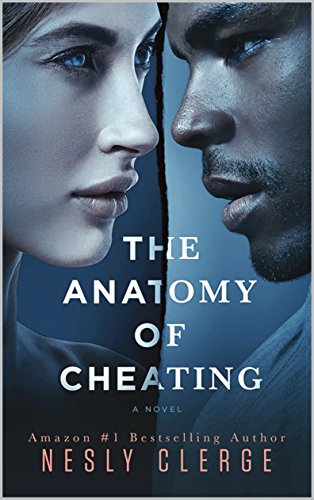 The Anatomy of Cheating: A Novel
Buy Now

Whilst it is possible in many countries to carry out a DNA test "discretely" - that is, without the knowledge of one or more of the people involved in the test, this is unlawful in the UK. You cannot collect a sample of DNA from a person with the intent of using it in a DNA test without the person from whom the sample has been taken, specifically knowing what the sample will be used for.