"I Don't Need A Man!" What did she really mean?

Not long ago I was having breakfast in a restaurant.

Three women were seated in the booth behind me.

Apparently they were discussing another friend’s unstable dating relationship.

This friend was not present.

At one point one of the women said,

This was not the first time I've heard a woman emphatically make that statement.

As was in this case it was one woman saying this to another woman.

In my whole life I have never heard a man say to another man “I don’t need a woman!”

I began to wonder what it really means when a woman says, “I don’t need a man!”?

As a man whenever I heard a woman say, “I don’t need a man” it always sounded to me like she was a “bitter person” or someone who had a chip on her shoulder. For some reason it never sounded as though the woman making the statement is “happy”

A woman who does not really need a man should not feel the need to blurt that out.

Her life should show that.

In fact according to labor statistics more women are becoming the “bread winners” or earning more than then there husbands. However there seems to be an (equality VS tradition) issue going on in lots of households.

Apparently many of these breadwinning wives still wish their men earned more than they do.This quote comes from the following article.

“We knew the deal going in. But we can't escape the stubborn fantasy: that Mr. Right will step up and start bringing home the big bucks “

I asked one woman friend of mine (SH) to define the “I don’t need a man!” statement. She responded to my 7 questions below.

Please feel free to comment on what the statement means to you and how it should be interpreted for the listener.

Basically there are only 5 things an adult truly "needs" to survive.

5, Clothing (It’s the law in most places)

All 5 of these items can be found at any county jail.

Having said that most of us have family or friends we can call on if needed for food, water, shelter, and clothing. There are also government programs designed to help those in “need”.

Therefore I’m fairly certain anything beyond the (5 needs) falls under another category such as “Want” or “Nice to Have”.

When we substitute the word “want” for “need” the statement reads “I don’t want a man!” hmmm

“I don’t need a man!” What does that really mean?

1. Is this a pride thing or statement of financial independence?

It depends. For some women it is a pride issue of being emotionally independent. They have seen women kill themselves to be with men and devalue themselves when they are not with men. There desire is to prove to the world that they are strong enough to be alone and they are willing to pay whatever cost it takes to be alone. For other women it might be an issue of financial independence where the female believes that she is financially sound and on some level she was probably taught that was the purpose of a man in your life…financial. So, if I am financially sound and doing it real big why would I need a man. The sentiment is “I got this on my own”.

2. Is it an affirmation?

The phrase could be used as an affirmation. For some women who have not dated and have been given messages that a man will complete a woman in an effort to free themselves from that crazy bondage they may say to themselves “I don’t need a man” meaning I can be happy, find interesting things to do, learn and better myself without the presence of a man. This is contrary to those women who believe that they are nothing without a man. They swing from man to man like jungle vines literally afraid to be by themselves. Some women see being able to stand alone without a man is a sign of strength.

3. Is it a slam against other women who are perceived to "need a man"?

4. Does the word "need" imply some kind of weakness such as begging?

Yes! It is generally looked upon by some women as a weakness to “need” a man. The whole “I’m straight when I have a man” and “I’m a mess when I don’t have one” is seen as a weakness. The assumption is they tend to let this temporary condition define them too much.

5. Is it a self-defense statement she makes because she does not have a man or is it the man she has is not up to her “standards”?

Sometimes, yes. Remember when we were kids and when you were the only one who didn’t have something that everyone else did your natural coping response was to say “I didn’t want it anyway” The same is true for relationships. After being without a man by choice or by circumstance for a long period of time one begins to think “I better make the most of this.” I think it just depends on what stage you are in your life

It depends. She may want a man but doesn’t want to feel like she’s not complete without one. She may also feel like that time in her life has passed her by and the whole “I don’t need a man” thing is a defense mechanism to hide her disappointment about being alone.

7. What is a man suppose to do with this information? Say, “Thanks for letting me know” and move on to a woman who does need a man in her life?”

In my humble opinion I would say that a man should examine what that means. As I have explained it could be a number of reasons why a woman might feel that way. If the reason is saying, “I don’t need a man in my life but I want you in my life” I would encourage the man to go for it unless he is the type that wants to feel needed.

I will admit that I have said I don’t need a man but that doesn’t also mean that I don’t want a man. When I fall in love again (I know I will) I might get to the point where I say “ I can’t see my life without you” or “You Are an incredibly important part of my life”… but I don’t know that I could say that I needed him because…okay here it goes…"what if knowing that makes him act like a big dummy and then he leaves me. Then I will have let my guard down for the wrong person…once again."

I imagine women that genuinely don’t need/want men probably are the least likely to feel compelled state it unless they are asked.

I initially thought it was very similar to me walking around saying, “I don’t need cocaine!”

However as my friend pointed out the “I don’t need a man!” statement is a way of rejecting/rebelling what society has told them they do “need” or are suppose to need.

Society is not telling me that I should “need” cocaine or any other vices.

Nonetheless I suspect there is a segment of women who simply have given up on romance and love. After all this is a very cynical world we live in, but to claim/affirm you don’t need something that you really do “want” is the best way to assure yourself that you will never get it.

We have a way of getting the things we “decide that we need”.

I use the drug analogy simply to illustrate the will of a human spirit determined to have something. By no means am I suggesting that a woman pursue a man or love in the same fashion as an addict goes after drugs.

What I am suggesting is if you really do want something it’s probably wise to stop telling yourself and others that you don’t want it!

The majority of people (both men and women) imagine what life would be like to have their "ideal mate" and yet we learn to accept the reality that we may never have it.

Most people aren't going to win the lottery either but that does not stop millions of people from buying a ticket. In fact most of us have a better shot of falling in love with our "soul-mate" than we do winning a million dollars in the lottery!

It’s our desire, wanting/needing something which gives us motivation to get through another day, month, and year. You are entitled to dream of having someone special to snuggle with in front of the fireplace, take strolls with along the beach, have picnics in the park with, go out to dinner, plays, concerts, take exotic vacations with…etc

Don’t let not having something today keep you from wanting it tomorrow.

“A life without dreams isn’t living only existing” 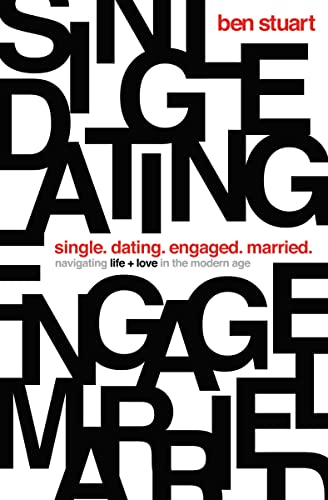