"Open Marriage" Really Means It's Over

In my studies of romantic relationships, I found that couples generally say they have an open relationship under certain specific conditions. The number one issue is that they no longer are in-love with each other. Thus, they no longer feel their partner is their one and only lover and lifelong soulmate.

People in this position sometimes want to explore sexuality with other people before they break up as a couple. This signifies that they no longer get turned on sexually by focusing on each other. Rather, they each get going from other sexual stimulants.

Taken together, this means that the couple is not in-love and they no longer select each other as their one and only true lover. As for the relationship, when they announced that they had an open one, they were really saying the in-love relationship was over and that they’ve decided to play around with other people before they say goodbye.

Other feelings of love may still prevail when a couple has ended their in-love, forever-lover relationship. They still might honor their romantic friendship. That creates a situation where ex-partners can continue to do things that they enjoy doing together. In certain situations, the can have constructive, truthful conversations.

The family feeling might remain also after a couple announces that their relationship is open. If the couple has bonded like family, they will be concerned about each other’s future, much more so than simple friends do. This helps explain why some lovers act more like brothers and sisters after the monogamous affair is over and the say the relationship is open.

Generally, in these situations, the sex stops, unless both partners have an interest in exploring kinky sexuality together with a third partner. Regardless, one of the partners in the original couple will eventually find someone with whom he or she wants an exclusive relationship.

That’s because the first feeling—being in-love—kicks in when a new, exciting person hits the scene. This doesn’t necessary condemn the other three feelings of love from the open relationship. It simply certifies that two are dead: being in love and having sexual feelings. The original couple may still feel like family, feel like helping each other, and feel like friends.

I’ve watched couples go through these stages of being in love. Truly engaging people sometimes move beyond the open relationship and stay in touch with their ex-partners. This happens because they know the difference between feeling in-love, sexual feelings, being friends, wanting to help each other, and the feeling of being family.

Open marriages is one of many issues discussed in detail in my book, 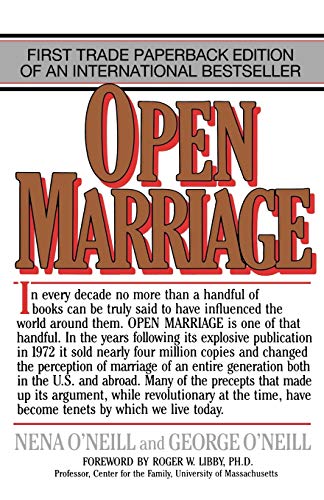